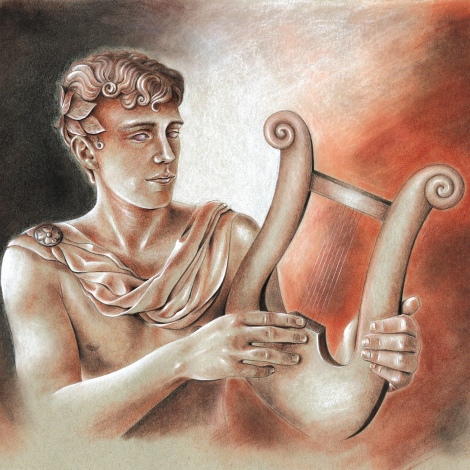 Big Big Train (BBT) has seemingly become a household name in progressive rock.  Their output is consistent, and their class is readily apparent.  They are back with a new album called “Grand Tour”, which releases on May 17th.  After hearing this record, though, I have to ask this basic question, “How many albums can BBT make that sound exactly like English Electric, Part II”?

BBT hails from the UK, and there is no way around that since almost all of their albums evoke the pastoral and nostalgic pleasures of their home country.  I really appreciate that about this band.  The band has grown and now features: David Longdon on vocals, flute, acoustic guitar, mandolin, percussion, string and brass; Dave Gregory on guitars; Rikard Sjöblom on keyboards, guitars, accordion; Danny Manners on keyboards and double bass; Rachel Hall on violin, viola, cello, and string arrangements; Greg Spawton on bass, bass pedals, and acoustic guitar; and Nick D’Virgilio on drums and percussion.

I have to be honest.  It has become increasingly difficult to review a BBT release.  Why?  There are two angles you could take on every record; one of them being positive and one of them being negative.  So, guess what?  I’m going to present you with both of them, and we’ll see which one sticks.

First, here’s the positive one.  BBT creates music that is golden, pastoral, and exquisite.  There are obvious classical and 70s progressive rock influences throughout their music, and the band have also been spreading the love to the whole of Europe when it comes to creating melodies that evoke thoughts of certain places.  You will hear much of that on this album, especially, with songs about Greek and Roman landmarks, as well as legendary artists and philosophers.  It is truly a grand tour of some of the highlights of Western civilization, though home is still elevated, as it should be.

So, that sounds pretty good, right?  The music is of a high quality, and the lyrics (as always) are pretty mature.  There is an alternate take on this album, though.  Here goes: BBT have made the same album over and over since 2013.  “English Electric, Part 1” (still my favorite) had a certain spunk to it that separates it from the pack, but “English Electric, Part 2”, while absolutely beautiful in every regard, felt a little safe overall.  Each album since then has basically just followed the same formula to the letter.  “Grand Tour” is no different, and you could almost swap songs from album to album, and you might not know the difference.  So, while the music is wonderfully produced, it continues to feel safe and a little stale.

If that basic predictable formula is all you want from BBT, then you will absolutely love “Grand Tour”.  The music is clear and vivid, mixed and mastered to perfection, and checks all the boxes for a band trying to sound like a folksier Genesis.  Yes, that means you will hear all the typical solos and the album has multiple songs that are above 10 minutes in length.  It’s “Prog” through and through.

I do appreciate, though, the expansion of folk sounds into the rest of Europe.  I would also point out that Rachel’s strings bring some life back into the band’s sound, though it may make them even more pastoral, which I didn’t think was possible.  All of the musicians here, obviously, offer rich performances.

The songs on this album are something of a mixed bag at times, something which could merely be indicative of listener fatigue since the album is 75 minutes in length.  All of the songs are clearly well crafted in an objective fashion, but some of them just are not that interesting.

Needing some examples?  “Alive” is the obligatory single, and I honestly find it a bit annoying.  “The Florentine” is obviously about Leonardo Da Vinci, but it comes across as a bit forced, and it may be one of the only BBT songs ever that has lyrics come across as hammy.  Renaissance’s “Symphony of Light” is a far more glorious celebration of the legend.  “Roman Stone” is a slow burning track that never really goes anywhere, though I do really like the horns that emerge in the second half.  “Theodora in Green and Gold” will put you to sleep, and not in a good way, despite only being 5 minutes long.  This does not bode well, though, because the following two tracks are 14 minutes long each, so leading into some longer tracks with a track that is completely vanilla just doesn’t work well.

Thank goodness that “Ariel” and “Voyager” are both highlights of the album.  They are the aforementioned tracks that each exceed 14 minutes in length, but they have more edge and spunk than the rest of the album, save for “Pantheon”, though they are also thoughtful songs, too.  It feels like these songs were written, and then some of the shorter ones were composed for the sake of filler.  “Pantheon”, by the way, may be one of the best tracks BBT has ever created.  It is completely instrumental with Greek accents, and the majesty and splendor of the song are absolutely perfect for the subject matter.  “Homesong” is a wonderful ending to the album, feeling nostalgic and familiar, but still comes across as fresh and joyous in all the right ways.

Overall, BBT continue to make solid albums that will definitely please their fan base.  I don’t think an album like this will make non-fans sit up and take notice, though.  One of the problems is that BBT sounds a certain way tonally, and that formula doesn’t allow very much freedom to go in wildly different directions.  So, outside of incorporating more and more versions of European folk music, they don’t have that many tools to use without fear of alienating their current fans.  It’s a gamble, I know, but I do believe this band has the talent and tools to reimagine themselves, and I hope we will hear that soon.