This month, we offer thoughts on RPWL, Pyramid, and The Mariana Hollow, three very different bands.  I (Jason) wrote two of these, and Luke wrote the RPWL excerpt.  Take a look! 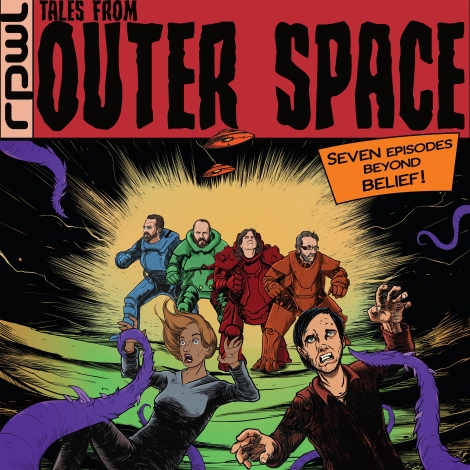 RPWL is a band unto itself. Hailing from Germany, the band is comprised of singer and keyboardist Yogi Lang, guitarist Kalle Wallner, drummer Marc Turiaux, and keyboardist Markus Jehle. What do they sound like? That’s a bit more difficult. I detect definite Rush and Spock’s Beard vibes, with some REM in the guitar work, but beyond that, they can be compared to any prog band from Steven Wilson to King Crimson to Frost* to Riverside. I wouldn’t say it’s exactly “eclectic,” it just sounds like a lot of other prog. Their new album, “Tales From Outer Space,” found its way into my playlist by way of their awesome album cover and stellar single, “What I Really Need.” So far, it’s one of the best and catchiest songs of the year.

There’s not a whole lot to say about Tales From Outer Space, other than it’s a solid and very accessible prog album. There are a lot of electronic influences, which I like, and Wallner’s solos are very impressive. There’s nothing I really “dislike” about it, but it hasn’t blown me away either. My favorite songs are “What I Really Need,” “Give Birth To The Sun,” and “The Light Of The World.” I’d recommend it to anyone who likes Rush, Spock’s Beard, electronic music, and/or science fiction. 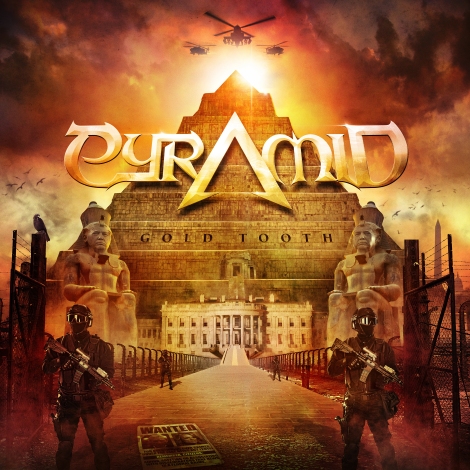 Recently, I was spammed to death by a band named Pyramid.  The enthusiasm, however, encouraged me to give their new album “Gold Tooth” some listening time.  Hailing from New York, the band consists of Lance Sawyer on bass, Chris Quirarte on drums, Adam Bentley on guitars, Joey Izzo on keys, and Denny Anthony on vocals.  Chris is better known as the drummer for Redemption, and he is one of my all-time favorites.

Pyramid plays balls to the walls progressive metal with extreme political bent.  It’s all here: huge riffs, Rudess-like keyboards, over the top vocals, and double bass.  In other words, it’s another standard prog metal album in the vein of Dream Theater, Queensryche, Iron Maiden, etc.  For what it is, it does sound pretty good.  There are definitely some good riffs and rhythms scattered throughout the album, and Chris’ drums are flawless, as always.  While it might not be the most exciting album of 2019, it is certainly well made and might scratch a few itches out there.

I honestly do not have much else to say about it.  The music lacks a certain originality or spark.  I do like the title track pretty well with its snazzy groove.  All of the other songs blur together in my head, as they all basically sound the same.  Again, the music is well made and hits all the standard prog metal notes, so some metal fans out there might really dig this.

The Mariana Hollow caught my eye because of the influences they listed: A Perfect Circle, Alice in Chains, Anathema, Pantera, Katatonia, and others.  I was instantly interested.  The band hails from London, and includes Rebecca Spinks on vocals, Richie Walden on guitar and vocals, Gabriel Moreira on lead guitar, and Scott Chesworth on bass.  I have no idea who plays the drums.

TMH plays an alternative rock that has plenty of progressive trappings here and there.  They have the raw side of alt rock that I like, but they also write catchy choruses and have awesome cover art.  The music comes across as emotional and desperate, and I like that.  As a result, this album sounds similar to something I would have listened to in high school 15 years ago, and so there is a nostalgic factor, too.  I should have expected that from the influences they listed.

Rebecca gives a top-notch performance that is full of fury and feeling.  Her voice is perfect for this style of music, and I have to say that she is the stand out part of this record.  Other than that, the music is fairly straightforward without much to write home about, if you get my meaning.

I do really like “Circus” with its quirky tone.  It is instantly likeable and good choice for a single.  Besides that, “Chambers and Valves” and the title track have great choruses, as do most of the songs.  Similar to the Pyramid album, the songs do blur together a bit, and maybe that’s just because I’m not overly interested in this style anymore, and that isn’t the band’s fault.  At the very least, I wanted to recommend this album because it is really well written and the fervor and passion are readily apparent.

2 responses to “Triple Feature: RPWL, Pyramid, and The Mariana Hollow”