Sometimes, the influences for an artist are pretty darn easy to spot.  That can go one of two ways: It could be a derivative mess that wasn’t worth your time, or it could be a refreshing spin on a nostalgic sound that you know and love already.  Saul Blease is releasing his grand project “The Great War” on November 11th through Bad Elephant Music, and I have to admit that this album, while easy to spot the influences, is a pure joy to hear.

Saul Blease hails from Bristol in the UK.  He is quite prolific in all his previous releases, and his newest project is particularly interesting.  “The Great War” was recorded over the last four years, released song by song.  As you can probably guess, the subject matter revolves around World War I, and the album is appropriately gritty, anxious, and dark.

Now, as I stated, Saul’s influences are quite apparent, and they really play into the overall theme of the album.  Saul draws influence from alternative, electronic, and industrial rock primarily.  I think we know what that means, though.  It means that Saul really, really likes Nine Inch Nails, and I would guess that he likes Rammstein, Depeche Mode, and maybe Gravity Kills, as well .  I would say that he leans more towards the electronic side of NiN; but the pinpoint darkness, blunt sincerity, audible gravel, and heaps of mud that are typical to the industrial scene definitely play a huge part in the emotions on this album. 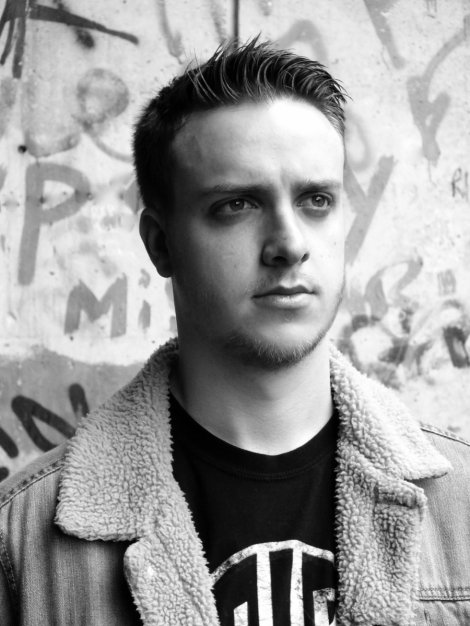 “The Great War” bristles with torment and sorrow.  It covers its topic well, offering lyrics that view the war from the fighter’s perspective, as the great war machines thundered towards them, as these men were forced into acts of brutality and darkness, and as they fought through literal hell just to survive.  It is an emotional journey, for sure, but it by nature is going to leave you with a hole in your stomach as you experience the gloom of that war.  Combined with the raw nature of the music, these lyrics paint a dim picture of humanity and the horrors of what we do to each other.

So, yes, this is an effective album, but not just from a lyrical standpoint.  The music is also wonderful.  I love the raw and unhinged sound of alternative and industrial music, and I love the hazy beauty of electronica, as well.  Saul constructs some absolutely stunning, yet grave atmospheres on many tracks, and his sense of groove and beat is acute and razor sharp.  I’m serious here: Some of the gritty trenches that Saul creates rival anything that the genre has ever produced.  Your head will need to do some serious bobbing to keep up with the music.

We’ve established that fans of alternative and industrial music will really love this album.  One difference between a nostalgic emulation and a disastrous rip off is the quality of the song writing.  While Saul has plenty of grooves to offer, the melodies on this album are also written very well.  These songs are actually catchy, even if the subject matter is dark and godless.  I could go over every single song, but for brevity’s sake I will only cover a few. 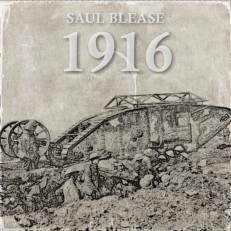 My favorites here are “Listen to the Man”, “Angel of Mons”, “Shoot to Kill”, “If I Were God”, “Passchendaele”, and “The End”.  All of these tracks are stellar.  “Listen to the Man” is when the album really gets going and the industrial sound truly launches from its pad.  “Shoot to Kill” is an primarily instrumental delight with lots of sharp beats and thrashing tones.  “The End” is a somber finale that really brings the subject to a close in what I think is the best way possible.

Now, my top two tracks are “Passchendaele” and “If I Were God”.  Let me expand on those songs.  Passchendaele was the site of the Third Battle of Ypres.  This dreary and inhumane setting was littered with artillery craters and barren trees.  With this setting, the song goes through wonderful transitions, and has a beautiful chorus.  I always look forward to that song on the album.  Now, “If I Were God” is about as tormented and despondent as you can get.  With musical razors, the song cuts into your heart until you bleed doubt and anger over what these men experienced.  It’s absolutely brilliant.

Saul has produced a fantastic work in “The Great War”.  It has all the edge and grittiness that is needed for this subject matter, but the lyrics themselves might be even more haunting.  If you enjoy grave topics and raw music, this album will invade your brain.  I’m so glad that Bad Elephant Music decided to release this project as a full album.