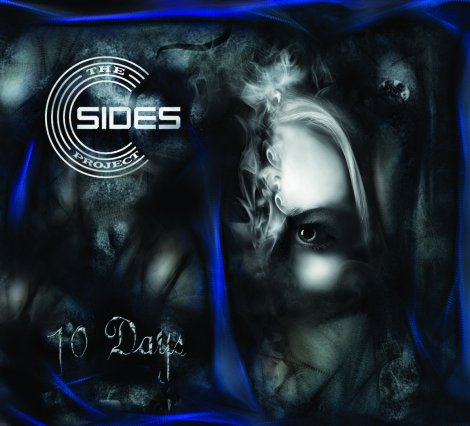 Writing negative reviews is not fun. I did consider whether I should write this one or not. In the end, I decided that, while I’m not a fan of this album, there are lots of prog fans out there who will love it.

The CSides Project is a progressive rock band based in South Wales.  The band consists of Martin Rosser on guitars, Kevin Dawson on keys, Allan Mason-Jones on drums, Allen McCarthy on vocals and bass, and Sian Elson on vocals.  Molly Elson provides narration.  You will recognize Martin and Allan as members of Magenta.

10 Days is their third album, a concept album about Nellie Bly’s experience in a mental institution as an investigative reporter. It’s a very fascinating topic (I’m rather a history nerd), and so there have been many worse “stories” for literal concept albums. Unfortunately, the concept and lyrics are very poorly executed. Normally, I do a track-by-track for my album reviews, but each track on 10 Days has the same good points and makes the same mistakes, so I don’t really think that’s necessary.

The first minute or so of this album is spoken-word. Sometimes I hate this, and other times I don’t really mind, but in this instance it’s terrible. While Molly introduces the storyline, she does so from Bly’s point of view in a way that feels very insincere and contrived. Literal concept albums are more like musicals than anything else, and so if you’re going to do one you have to be kind of a good actor. She is not; and for that matter neither is Allen, although he doesn’t do quite as much acting. 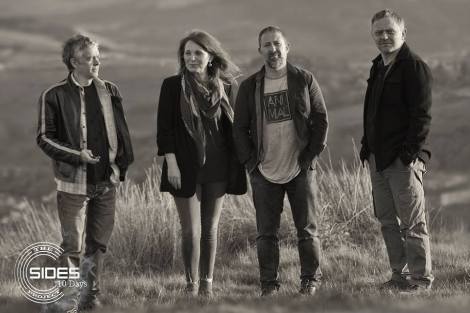 I suppose it’s as good a time as ever to discuss the vocals. Have you ever heard “overproduced” vocals? To get an idea of what I mean, think Taylor Swift, Christian contemporary music, or Coheed & Cambria. It’s a kind of singing that can only be done in the studio. It involves the use of multiple takes, pop-star delivery, and sound editing up the wazoo. That’s the kind of vocals we have in 10 Days. I don’t know how these guys would sound if they just straight-up sang, but the vocals are produced and edited in a way that makes them sound really bad. Maybe it’s less pitchy or crackly that way, but it’s also a heck of a lot less real. I also get the impression that they aren’t singing in the same voice they speak in (which is what I mean by “pop-star delivery”). My favorite singers sing like they’re talking. Johnny Cash is the absolute master of this skill. While you certainly don’t have to go to that extreme, I don’t like it when you put on a completely different voice to sing. Who knows, maybe The CSides Project actually sound like that in real life, but it doesn’t sound like they do. I digress.

Of course, it’s easier to sing well if the lyrics are good. They are not. Except for the first track and the last two tracks, they have absolutely nothing to do with the concept. They remind me of the kind of vaguely sad lyrics sung by modern emo bands. You have lines like, “Low throws caught her, hold her down and tie the tears, that stop the years from calling.” I mean, what do you mean and what does it have to do with anything? And then there’s “Time spent with you makes me feel alive/The warmth of your hand and a broken smile.” Okay, apparently it’s a love story now. Although, one of my all-time favorite songs (and possibly one of yours too, if you’re reading a prog website) contains the deep, meaningful words, “There’ll be no mutant enemy, we shall certify/Political ends, as sad remains, will die,” so maybe I should shut up! It’s a very subjective complaint, and I don’t doubt that there will be people who really like these lyrics.

But here’s the thing: I love the music. Allen’s bass is incredible. It reminds me tonally of Chris Squire, without trying to do too much at once (which Chris, as much as I admire him, was often guilty of). Here’s a bassist with a very sharp sense of where he belongs in the song. Martin’s guitars are excellent and make me think alternately of Steve Howe, minus the country stuff, and Alex Lifeson, minus the bluesy stuff. Kevin, while not quite as prevalent in the sound of the band as I’d like sometimes, provides some really nice keyboard effects and adds another musical layer in many of the songs on 10 Days. And while I don’t like the lyrics or the vocals, the melodies are really nicely written.

If this album were instrumental, with a saxophone or perhaps a synthesizer playing the vocal melodies, I’d really like it. If they had written better lyrics and cut the AutoTune and the spoken word, I’d probably enjoy it. But, unfortunately, it just doesn’t do it for me. If you like Coheed & Cambria or early 2000s Dream Theater (as I’m sure many of you do), 10 Days is for you.