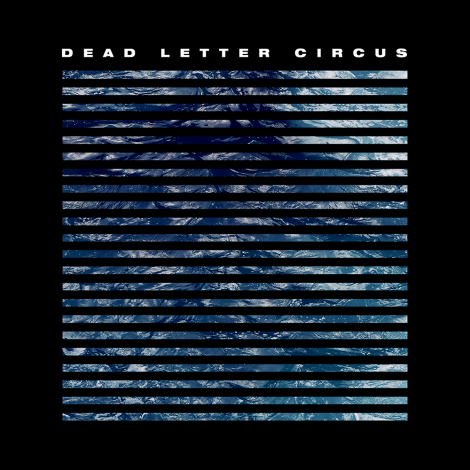 For some reason, 2018 feels like it has been a strange year.  There have been dozens of awesome albums, but some serious letdowns, too.  I approached the new Dead Letter Circus expecting something along those lines, but I have been pleasantly surprised at just how great their upcoming self-titled album really is.  The album releases on September 21st through Rise Records.

The story of DLC has some ups and downs in my personal experience.  I’ve been a fan of DLC since their 2010 debut, “This Is the Warning”, even getting to see them on tour with Fair to Midland, which was awesome.  After their debut, however, they took a hit when they lost their guitarist, Rob Maric, the melodic and progressive core of the band (in my opinion).  And, although “The Catalyst Fire” was a great follow up, I feel “Aesthesis” passed in 2015 with nary a whimper.  Something special had been lost, at least for me.  The band is back with this self-titled album, and I feel that it mostly recaptures that special sound they had on their debut.

DLC has always ridden the edge of progressive rock, even on their debut.  Nowadays, I think they can still be put in that arena, but they are primarily alternative rock.  That said, I think this album might be their most progressive since the debut, despite the short song lengths.  They still offer that spacey, soaring guitar tone, and you’ll hear plenty of odd grooves.  DLC has never been a technical band, but I do feel like there are moments here that would impress anyone.

The band currently consists of Kim Benzie on vocals, Clint Vincent and Luke Palmer on guitars, Stewart Hill on bass, and Luke Williams on drums.  I would paint Clint and Luke’s guitars as the standouts here, with lots of purposeful writing.  They are a real joy to hear.  I also still love Luke’s drumming style, as he adds so much personality on his own.

Kim has always been the heart and soul of the band, and his vocal chops have never been in question.  I remember seeing him live years ago, and I was specifically impressed with his artistic, serious approach to his vocal craft.  He really delivers here, offering amazing range and explosive ability, not to mention intensely catchy vocal melodies.

The songs on this album reflect the self-titled nature of the album.  They are clearly very personal and intimate, and they come across as pure and uncluttered.  The lyrics center on claiming the light in this world and tearing down the darkness that cages so many people.  Like I said, this album isn’t all that progressive in the grand scheme of things, but that is primarily because this album offers us very sincere and well written songs that you will want to sing along with immediately.  That also means that vocal melodies are the real stars here, and they make or break a song.  Happily, every song on this album is great.

I have a few favorites.  “Armour You Own” is a fantastic opener that really grows on you if you give it time.  “We Own the Light” is uplifting and catchy.  My top two songs are “The Real You” and “Ladders for Leaders”.  On the former, Kim really blows the top off the place with a huge vocal performance, and the song just gels so well.  The latter is a thunderously spacey offering with a super catchy chorus, and I look forward to it as soon as I start the album.

Overall, Dead Letter Circus has a strong album on their hands.  The songs are well written, feeling like they are inspired and that the band took their time.  I obviously still love the debut best, but this album is really becoming an earworm, and the songs are truly catchy and will have you singing for sure.  Take a look at Dead Letter Circus again.