I decided to try my hand at this. I have definite opinions about the best music released in the past ten years, so I decided to make my own (much shorter) list. The only rule? None of them may be from Jason’s list.

As an aside, some of the comments I saw under his original list made me disappointed in humanity. Jason’s list is not “laughable.” It’s well-written and enjoyable. If the list were entitled “Top 100 Best-Made Albums,” “Top 100 Most Influential Albums,” or “Top 100 Most Popular Albums,” then omitting Rush, Marillion, Dream Theater, and The Pineapple Thief would border on heresy. But the list was “Top 100 Favorite Albums” (italics mine). As strange as it sounds to me, a crazy young fanboy who would take a bullet for Alex Lifeson, Rush is not everyone’s bag. Certainly, their one 2010s studio record (Clockwork Angels) is hardly their best work. (Jason’s a 2112 guy, which actually really surprised me. He seemed like a Signals guy to me at first—or maybe Counterparts. One’s favorite Rush album is a kind of astrology for me, a kind I actually sort of believe in, but I digress.) However, my hopes were restored by the gentleman who thanked Jason for his “gift.” That’s exactly what it is—a gift. Jason doesn’t have to do this. He doesn’t get paid. And formatting on WordPress is a pain in the ass (excusez mon Français). Please, a little respect.

Nonetheless, if I were to make such a list, it would certainly be quite different. So here it is: my very different list. So here it is, my much-shorter and much-worse top ten for the previous decade.

10: Steven Wilson – The Raven That Refused To Sing (And Other Stories)

Very well. Let’s start with a popular one, shall we? This one approaches the great records of the 1970s, both in sound quality and reputation. But what do you expect from an album whose liner notes boast Porcupine Tree frontman Steven Wilson, legendary sound engineer Alan Parsons, and bass virtuoso Nick Beggs?

This album is over two hours of some of the best progressive pop I have ever had the pleasure of hearing. Simon Godfrey is a melodic genius and these songs still get stuck in my head on a daily basis.

Your favorite Haken album is like your favorite flavor of soup. It’s unbelievably subjective, and even in the court of public opinion, there’s no clear front runner, except that most people aren’t as crazy about Vector. (Vector, Virus, Visions…do you think Ross Jennings has a favorite letter?) This is mine. It’s extremely catchy and accessible and introduces a heavier aesthetic that I love. Affinity is the beginning of a new era for the band I consider the torchbearers of modern prog.

Jordsjø is a very interesting band, one that’s admittedly quite inaccessible at first. They remind me of various bands, most obviously King Crimson, and guitarist Håkon Orftung has one of the coolest guitar tones in the industry. (Oh yeah, and he’s also the singer, keyboardist and flautist.) The music of Jordsjø is ominous, mysterious, and full of surprises.

Opeth never stopped being metal. They just started being jazz fusion. In Cauda Venenum is the most exciting and inventive album of theirs since the monumental Ghost Reveries. From the jazzy grooves and earth-shattering riffs to the lush keyboards and bilingual lyrics, this album calls for repeated listening and a great deal of air-drumming.

Michel “Away” Langevin is his own man. Since founding Voïvod in the 1980s, he has been the only constant member of an incredibly unique band. With lyrics based on science fiction stories and concepts by Away and art by the same, this band has touched upon every existing genre of metal since their aggressive thrash origin. The Wake, an incredibly detailed concept album, features arguably the best Voïvod lineup since the death of Denis “Piggy” D’Amour. I love everything this band has ever done but this is easily in my top three Voïvod records.

4: Blind Spectrum – A Search For Reason

Sean Butler’s search for reason and your search for great under-the-radar indie neo-prog end at the same place: this unbelievable album. The aforementioned Mr. Butler is joined by cultured djentleman Wyatt Mehmeti, Peart disciple Eli Mehmeti, and jazz bassist Doug Faulkner to make an album of technically-superb and emotionally-searing progressive hard rock for our times. The lyrics are some of the best in prog, no joke. (Granted, a lot of prog lyrics are about Winston Churchill dressed in drag and how even Siberia goes through the motions.) Sadly, they broke up before releasing a sophomore album, but what a statement! (Don’t tell Automatic Man I said so, but they were the Barry Sanders of prog.)

This almost went up a notch. I briefly considered it placing it ahead of a Rush album. That’s how amazing I think this album is. Featuring Chick Corea, Ian Anderson, Billy Cobham, and a host of other prog luminaries, the most respected singer in prog turns out a record that would not sound out of place in the Golden Age of Yes. He’s so darn happy. I love listening to him; I don’t think he’s ever had a negative thought about another human being. It’s music that makes you want to hug someone—and yes, it’s seriously cheesy. But that does not diminish the quality in the least: it’s genuinely one of the best-produced, most-maturely-written albums in prog (your favorite prog album was probably made by twenty-year-olds, you know). That thing I said about buying extra copies to hand out at the store? I wasn’t kidding.

“But wait! This was so far down on your Rush album ranking. Why is it at number two here?” you ask, in the fantasy world in which I am a famous writer and you remember everything I say. The answer is simple: the worst Rush album is closer to my heart (“and the men who hold high places…”) than the best non-Rush album. This is a brilliant concept album about individuality, religion (and those who take advantage of it), totalitarianism, and self-discovery. It warms my heart to listen to my heroes perform in their twilight years with the knowledge and experience of a thirty-plus-year career in prog. 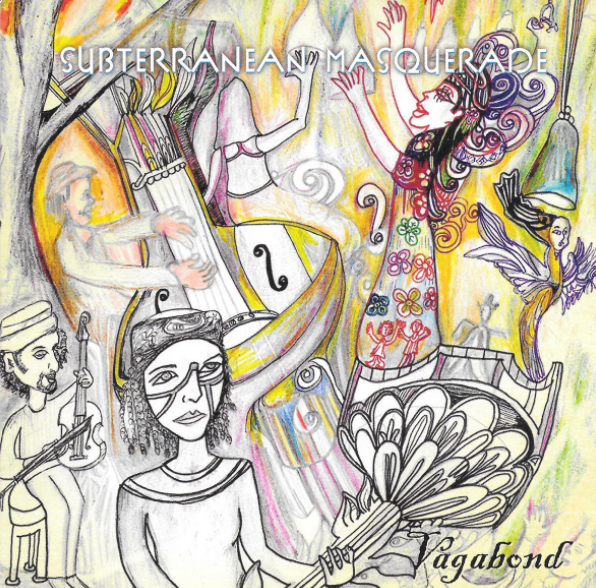 I never even considered any other album for this spot. Combining folk music (predominantly Jewish, but Gentile Indian, European and Middle Eastern influences are also discernable), the best fusion jazz of the 1970s, brutal death metal, and classic progressive rock, Subterranean Masquerade is possibly the most unique band in prog right now. While not as warmly received as The Great Bazaar, it simply has better songs throughout. From the instantly-dancible “Place For Fairytales” to the contemplative, ethereal cover of “Space Oddity” by David Bowie, this album is severely lacking in dull moments, musical errors, and wasted notes. It’s twenty dollars on Amazon, nine euros on Bandcamp, and thirteen euros on the band site (which includes tax and shipping, FYI). If you purchase it right now and don’t like it, I promise to refund you.

Current Favorite Track: “As You Are”

The 2010s were an excellent decade, featuring the emergence of such young talents as Tomer Pink, the Mehmeti brothers, and Diego Tejeida and the returns of revered prog luminaries like Geddy Lee, Jon Anderson and Mikael Åkerfeldt. The stage is set for a prog renaissance in the coming decade. I’m sure you can agree that the future of prog is bright!