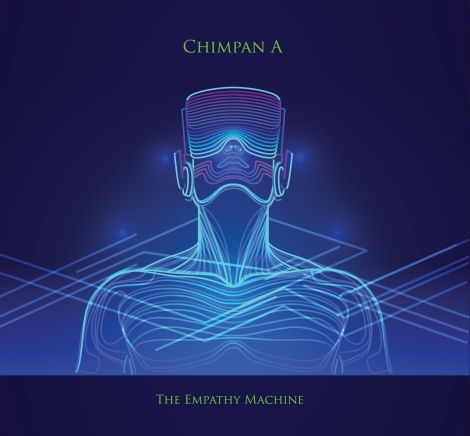 Some bands aren’t all that good at describing what they offer.  Others know with laser accuracy what they want to do and how to describe that.  Chimpan A is the type of band that knows exactly what they want to achieve.  Their new album “The Empathy Machine” released on April 10th, and it is unapologetic about what type of music it wants to be.

Chimpan A has been around since 2006, but this is only their second album.  This is a side project from Rob Reed (Magenta, Sanctuary, Kompendium) and Steve Balsamo (Balsamo Deighton, Jesus Christ Superstar, Eric Woolfson).  The full line up is Steve Balsamo on vocals; Robert Reed on keyboards, drum programming, guitars, and bass; with guest spots from Tony Dallas on spoken word; Rosalie Deighton, Christina Booth (Magenta), Kirstie Roberts on vocals; Shan Cothi on soprano vocals; Rachel Mari Kimba on cello; and Steve Roberts on live drums.

Chimpan A offers a better description of their music than most bands.  Their bio states “Kinda like Pink Floyd’s Peter Gabriel loving brother, wearing Bjork’s poppier swan dress, while making Massive Attack a cuppa”, and that could not be more accurate.  The band offers something between prog rock and progressive pop, definitely leaning into the pop sound heavily with lots of pop beats, autotuned vocals, and bright melodies.  But, then there are the soulful guitars which feel like a cross between Gilmour and Oldfield, the backing vocal harmonies akin to Pink Floyd’s “Time”, and the electronic oomph that fleshes out everything.  In some ways, this is quite a bit like one of Mike Oldfield’s later records, such as Tubular Bells III, as it combined many of those same elements.

I know that I might have lost many of you already.  Some in the prog community like their music a specific way, and it had better sound like Yes or Dream Theater in some fashion.  For the more adventurous readers, though, this album is a hidden gem.  Each of its seven tracks are beautiful, multilayered, eccentric, and unpredictable.  You will hear whimsically spoken word on a few tracks, and I think Tony Dallas does an admirable job of sounding likable and strangely melodic, too.  Rosalie, Rachel, and Christina take lead vocals at times, and they all sound so emotional and perfectly placed.  Shan’s sopranos, though, might be the definitive sound on this album, ranging from Pink Floyd-seque excursions to Donnie Darko’s haunting monastic aura. 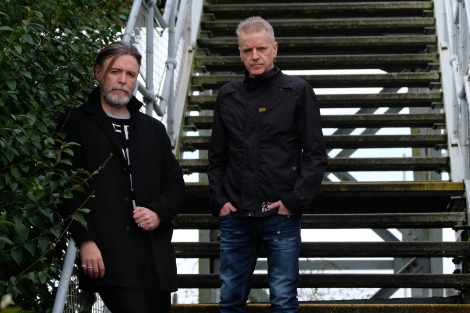 “The Empathy Machine” is colorful, to say the least.  I really like each and every song, though some are stronger than others.  My favorites thus far are “The World Through My Eyes, “It’s So Real”, “Speed of Love”, and “Scream”.  Let’s discuss.

“The World Through My Eyes” is the opener, and it is what instantly sold me on this sound.  Its potential energy is starkly electronic at first, but soon becomes kinetic energy after Tony has his say, suddenly feeling like something Seal might have done in the early 90s, only with choirs, soprano musings, and autotune.  I absolutely love it.  It’s glorious.  “It’s So Real” follows, and features lots of piano, catchy choruses, and a huge climax that ends up tapering into a very satisfying ending.

“Speed of Love” is the single, and it’s a perfect choice. Bright, colorful, and philosophical, the song features a deep electronic vibe throughout, and the melodies are wonderful.  Now, I’m not sure what my favorite song is, but it might be “Scream”.  It begins with pure class and Oldfield-styled guitar musings, and cello starts to fade in alongside some very bluesy piano, but the band slowly and surely raises this foundation into something orchestral and truly beautiful.  It will lift your heart with it, I assure you.

Chimpan A might be a hard sell for “hardcore” prog fans.  For those of us who just like good music regardless of the label, this album has a flow, vivacity, and classiness that few other albums have.  With all the genres present, the band has somehow managed to sew them together with utmost care and subtly, providing rich climaxes, addictive choruses, and nostalgic beats.  I love this album, and I know I will be listening for some time.