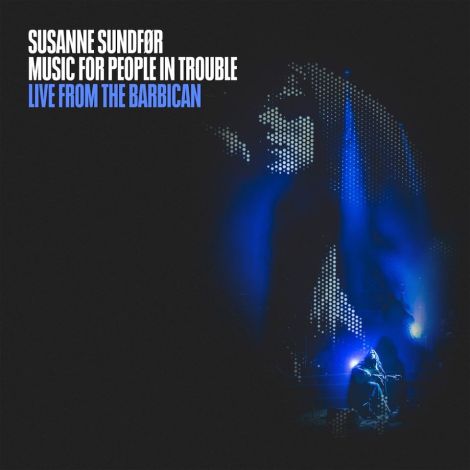 I honestly don’t usually like live albums.  I find that they are often used as cash grabs or contract fulfillment, and so sometimes there isn’t much thought or care put into making the album something unique and memorable.  There are notable exclusions, though.  I daresay that Susanne Sundfør’s upcoming release “Music for People in Trouble: Live from the Barbican” is one of those exceptions.  This live album releases on November 29th, and I am finding that many of the songs therein are better than their studio counterparts.

Susanne Sundfør hails from Oslo.  Her music is what I would call synth pop, but only some of the time, as she dabbles in various genres.  Other times, she is more of a singer/songwriter style of music, delicate and meaningful.  I’ve been a fan of Susanne’s for a few years now, since her album “Ten Love Songs” in 2015.  There is this level of artistry and passion that she conveys, almost like a modern Kate Bush or a female Peter Gabriel.  She seems to put thought, art, and even a bit of fun into her music, and that comes through with deep profundity on this live release.  In that way, I consider her to be somewhat progressive, or at least art pop.  Ultimately, I don’t care about what to label her, I just really like her music.

You can see from the pictures below that the show itself was darkened, vibrant, intriguing, and even mysterious.  The haunting cloaks and blackened makeup combined with the burning colors in the background just seem to create a hushed, anticipatory atmosphere that allows every note and texture to flow throughout the room.  You can feel this effervescent approach on the audio version, but I honestly would have loved a video release of this, too.  Apparently, they were unable to get good footage, and so the event seems even more shrouded in deep secrets and mysterious shadows.

In addition to the visual appeal, Susanne was not afraid to bring in other elements to her music.  You will find that this live version of the album has been injected with a hefty dose of jazz and blues, and you will hear a good amount of electronica and sweeping harps.  You will hear plenty of what seems like improvised instrumentals, especially with the saxophone, and so the music comes across as even more human and maybe even a little gritty.  Bringing the sax into various songs was a brilliant and memorable move, in my opinion, but some moments don’t work as well, like the guitar musings in the second half of “Undercover” (thought I imagine it was probably exciting from the audience perspective, it doesn’t work super well in an audio-only format).  Still, whether a moment really sticks or not, the variety and creativity on display makes all of it riveting. 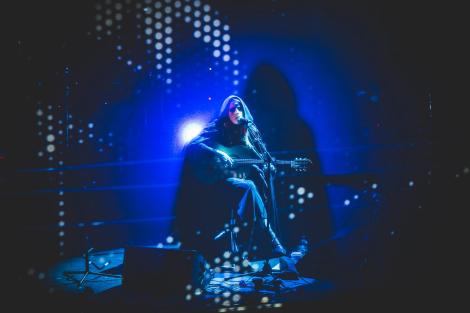 Susanne is one of my favorite singers, and this live album (and her live videos in general) really show why that is.  Susanne has one of those voices that quivers and hangs in the air, and you feel like she is going to lose control, but she never does.  In fact, her ability to make me feel like she isn’t in full control is one of things that makes her seem so sincere.  Sometimes, though, she really just brings the power or holds a note for an impossibly long time, and then, then you realize that every bit of her vocal performance is planned, channeled, and full of passion.

I have some favorite moments/tracks from this show.  “Reincarnation” is an early highlight, as it gently bobs along, almost like a folk song.  The hazy sax that filters in near the middle really accents the feelings and ambiance to me.  “Good Luck Bad Luck” is the jazziest moment of the night, and it does get dirty.  I loved this song on the studio album, but this version is completely transformed into this grand saxophone improvisation that sounds amazing.  “The Golden Age” is an atmospheric and illustrious experience near the end.  It happens to be my favorite on the studio album, but this live version bests it in every way with its piano musings and synthetic backing; feeling richer, deeply conceived, and more majestic.

My absolute favorite on this live album, though, is the “The Sound of War”.  Now, Susanne sounds immense on this track, hitting it with just the right vibe.  But the burning electronic atmosphere that sweeps in for the second half is hypnotic and powerful.  I absolutely love it, and this is the version I think I will be listening to in the future.

Susanne Sundfør has successfully create a live album that doesn’t feel like filler between studio albums.  No, “Live from the Barbican” almost feels like a brand new experience all on its own.  The atmosphere is heavy, the musicianship is glowing, and the night progresses with expectation and mystery.  Props to Susanne for putting such care and her signature creative style into this live experience. 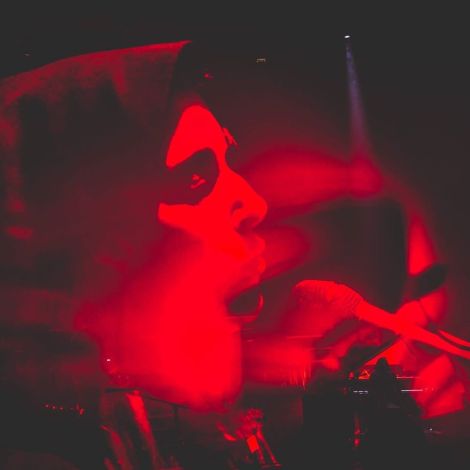 3 responses to “Susanne Sundfør – “Live from the Barbican””