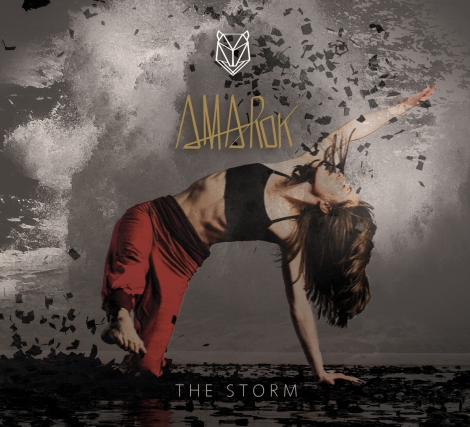 There hasn’t been much in the way of electronic or ambient releases this year, at least ones that have taken my notice.  I was honestly feeling a bit down about that, but then Amarok goes and announces a new album that is more in that vein of music.  As you can imagine, I was pretty excited.  “The Storm” released on May 24th, and it is exactly what I needed.

I’ve been aware of Amarok for several years, but it wasn’t until 2017’s “Hunt” that I truly took the plunge.  That album featured Mariusz Duda of Riverside and Colin Bass of Camel and, even though the tracks with those artists were wonderful, it was Michał’s sincerity and purity of composition that really made that album.  He is the heart and soul of this project. 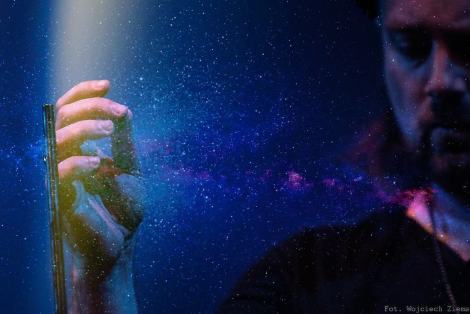 The music on “The Storm” was written to accompany a dance; yes, a dance.  That dance was created by British choreographer James Wilton, and he approached Michał after seeing a review on The Prog Mind for Amarok’s last album, “Hunt”.  You can imagine how happy that makes me.  That means that the music here is more like a soundtrack, especially one written by Vangelis or Tangerine Dream.  It feels alive and almost like you could reach out and touch it.  The music definitely falls into progressive electronic much of the time, but you will hear familiar elements of Polish prog, and you will hear Michał’s superb and melancholy guitar work many times throughout the album, along with plenty of other real instrumentation.  The tone is meant to be dark and introspective, occasionally whipping itself into a frenzy of emotion.

The album addresses the inner battles we all fight.  More specifically, it is about the dark feelings we have that must be processed externally and internally in various ways.  I think that is where the dance part of this concept comes into play, which you will see in the music video.

I realized recently that, on my current list of favorite guitarists, three of them are Polish.  Those would be Piotr Grudziński of Riverside (RIP), Jerzy Antczak of Georgius and Albion, and now Michał Wojtas of Amarok.  I cannot get enough of Michał’s gentle, yet emotional tone.  Like the others, he seems to have a penchant for playing the best notes at the right moments.  His guitar solos, too, are pure emotion.

This is not an album to review song by song.  Some of the songs can be more ambient and textured, while others have more of a beat or structure.  Two of the tracks are more straightforward progressive rock songs with electronic trappings, though, which were written to go along with the themes of the album.  So, overall, the album is textured, atmospheric, and emotive.  Some moments are pensive, and others are more kinetic, but everything wraps up in a well-structured pace. 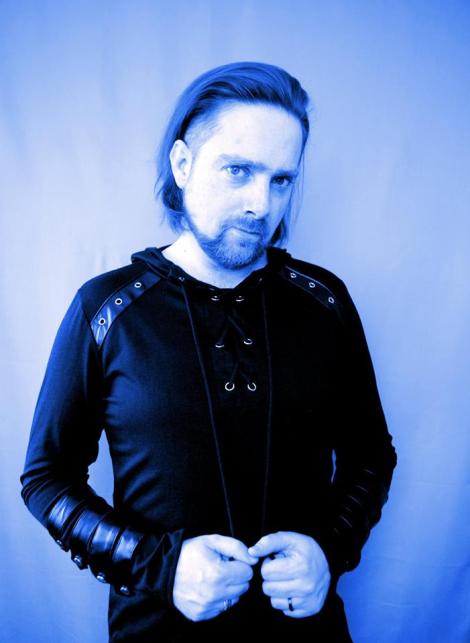 I do have some favorites, though.  “Warm Coexistence” starts the album with a gentle electronic pulse that grows and matures into bliss and light.  The subtle guitar work near the end is the icing on the cake for a song that oozes peace and unity.  “Dark Mode” is pure unnerving atmosphere, coming across as shadowy and mournful.  “Natural Affinity” is a pensive track with eerie guitar work filling the background.  The tension grows and builds until it breaks on the fuzzy shores of electronic light.  “Facing the Truth (The Grand Finale)” is an 18 minute track that feels primal and climactic, especially near the end with the vocal inflections and the rising torrent of the rhythm.

The last two tracks on the album are “The Song of All Those Distant” and “The Storm”.  Both of these songs are some of my favorites released this year.  The former is a bright, beautiful anthem of grace and hope.  It wants us to know that we aren’t alone in this fight we call “life”, and the central melody of the song is very catchy.  The title track is one of those songs that takes a couple listens to appreciate fully.  It builds and builds until it leaps into a grand climax of emotional purging.  It truly feels amazing.  I must say that Michał’s voice is incredibly clear and bright, adding to the perfection of these two songs.

Yes, I do realize that an album as ambient and as painstakingly abstract as “The Storm” will not be for everyone.  It wasn’t made for everyone.  This is an album for music fans who love environment, texture, and subtle emotional cues.  This album is for people who can sense feelings and moods in music without the need for grand displays or hints.  This is an album that will haunt you, and I know that many people want something more than that.  For me, “The Storm” represents a theatrical, yet subtle display of the dark feelings in my own heart.  I can feel every twist and turn as the composer wrestles with himself.  For me, this album helps clarify how I often feel.  For that purpose, this album is a masterpiece.