It’s time for another Triple Feature of albums that we believe are worth a look, but that also do not inspire many words on our end.  This month we have a pretty diverse bunch: retro prog rock, instrumental metal, and Polish dark prog.  Take a look at Focus, Phaeton, and Lebowski.

Focus is one of the weirder and more underrated of the classic prog groups. Founded in Amsterdam by Thijs van Leer, who has remained the lone constant of their ever-shifting lineup, they combine the psychedelia and quirk of Gong, the rhythms and chord structures of Miles Davis, and the all-American hard rock of Crack The Sky to create a prog sound that is genuinely their own and not the product of any “scene.” They are truly an anomaly in the history of prog.

Drummer Pierre van der Linden is the star of this show. While this is clearly a rock album, his beats are straight-up jazz. He reminds me of ex-Crimson drummers Michael Giles and Bill Bruford, but with more pocket grooving and less crazy fills. Van Leer also pulls off a solid performance on flute and keys.

The main complaint I have is that many songs are not as melodic as I would like. Most of them are instrumentals, which is cool, but on an instrumental there needs to be an instrument that steps up to the vocalist’s task as the melody-the part you hum. Many of these instrumentals have no such melody. Regardless, this is a well-written, well-made album of very interesting and eclectic music. If you like a little jazz in your rock or a little rock in your jazz, this album is sure to impress you! 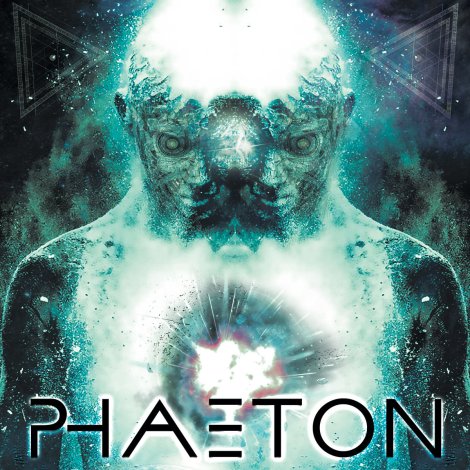 This is one of those albums that I expected to be something special.  Phaeton are an instrumental metal group hailing from British Columbia.  The players include: Kevin Thiessen on guitars and keys; Daniel Airth on guitars; Ferdy Belland on bass; and Colin Righton on drums.  They all play very well from a technical perspective.

The reason I expected this self-titled album to be something special is because I love instrumental metal, and also because of the obvious sci-fi elements; not to mention the familiar artwork.  The album, however, feels a bit tired and uninspired as a whole.  There are bright flashes of genius here and there, and so I think it is definitely worth hearing, but I don’t really feel like it will be something memorable for most.

The music mostly feels lacking in composition.  “Metal” is happening here, but nothing that really gets your blood pumping.  There is musical space here, especially on “Phantasm” with its guest piano performance, but the atmosphere I expected from the sci-fi theme never materializes.  When making instrumental music, you have to offer songs that are interesting and have plenty of personality.  This album lacks both of those things.

I will say that the bright spot on the album is “March of the Synthetics”.  This track is spacey, riff-forward, and has lots of quirky moments that really elevate it.  In the end, if the whole album could have followed suit, the results would have been terrific.

Lebowski is an Polish instrumental progressive rock band that integrates elements of fusion and post-rock into their compositions. Galactica is their second album, released nearly 10 years after their previous album, Cinematica. As a whole, Lebowski is a band more focused on moods and textures than on delivering highly technical shredding or complex time signature changes; which, while the aesthetic is more progressive rock, sometimes edges the music into post-rock territory.

Each of the tracks has a unique feel to it, with some tracks highlighting more jazz or fusion oriented sections, and others leaning more towards hard rock with a taste of metal. The opening track, “Solitude of Savant” and the title track stand out as particularly solid tracks which weave together threads of rock, film scores, and prog-fusion.

Galactica is a very easy, accessible listen as far as instrumental prog goes, as well. There is very little that is jarring or dissonant going on, and there are lots of good melodies to pick up on. In addition to being great music to listen to with headphones on and no distractions, the accessibility makes it great to play in the car, or share with your less prog-inclined friends, as well. All in all, Galactica is a solid pick and deserves a spot in your collection.