Let me preface this review by saying that I really dislike writing negative reviews.  I would rather tell you that every album is perfect and awesome, but I can’t really do that.  That’s not me.  Nosound is back with a new album called “Allow Yourself”.  It releases on September 21st through Kscope.  Unfortunately, I’m just not sure about this one.

Nosound is based in the UK (originally from Italy) and consists of Giancarlo Erra on vocals, guitars, and keyboard; Marco Berni on keyboards and vocals; Alessandro Luci on bass, upright bass, and keyboards; Paolo Vigliarolo on guitars; and Ciro Lavarone on drums and percussion.  Now, I’ve been listening to Nosound for years, and I felt like I finally connected with their music on their last album, “Scintilla”.  It had all the right elements of tight song writing, alternative rock, atmospheric prog, and this raw x-factor that brought it all together.  Now, the band is back with something of a new direction, but I find myself once again not connecting with them.

Nosound has always had an atmospheric post-prog sound.  In fact, they were so atmospheric that their songs often blended into each other unnecessarily.  On “Allow Yourself”, the band introduces a heavy amount of electronic ideas; and, honestly, their style is quite conducive to electronic additions, and that actually had me excited.  For me, it would be a natural progression in some ways, adding low burning and subtle electronic components.  Yes, there is less rock this time, and more subtlety and loud/quiet transitions with lots of raw segments.

Now, I think you all know that I love new directions in sound.  Many bands pull it off in grand fashion, reinventing themselves but also maintaining great song writing and composition.  However, I have three main issues with this new Nosound album.  First, many of the songs seems half finished, ending before they go anywhere or seeming so light on musicality that they come across more as noise than music.  Second, the vocal lines are particularly uninspired, some bordering on abrasively bad.  When vocal loops dominate much of the music, this creates a very bad situation.  Lastly, the electronic elements are a mixed bag.  Some feel subtle and deep, while others feel ham-fisted and bludgeoned. 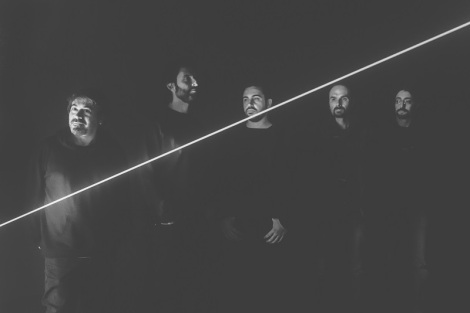 Let me dive into the tracks a bit.  First, I do like a couple songs, primarily “This Night” and “Savior”.  The former is a good one, with effervescent vocal loops and a mounting melody that sounds wonderful and actually breaks open at the end.  The latter sounds really nice with some emotional vocal melodies and some great violin (or something that sounds like it).  Of course, there are some songs I really, really don’t like, primarily “Ego Drip” and “My Drug”.  The former starts the album in annoying fashion with a looping vocal line that feels like it is building to crescendo, but simply stops suddenly.  The latter seems to start out almost with a classic Stabbing Westward mood, but ends up in elongated, off key vocal lines that honestly sound pretty bad.

Now, the main problem here is that I’m completely indifferent about several tracks, which is almost worse than outright dislike.  “Shelter” and “Don’t You Dare” fall into this, specifically.  “Shelter” is pretty okay, with some light electronic ideas, although I find the vocal lines to be on the edge of acceptable.  “Don’t You Dare” has an interesting structure, at least, with some quiet moments I like, but the rest of it is pretty bland.  Additionally, “Weights” and “Defy” end the album in anti-climactic fashion, ending suddenly and without anything memorable.  They almost seem like the same song.  I missed a couple tracks there, and that’s mainly because I’ve forgotten that they exist.

In the end, I feel like Nosound went backwards in their progression and maturation.  They lost the tightness of composition they had achieved, choosing to go with sloppy seconds again.  There is a simple lack of wow factor, as the album passes with an uneventful whimper.  It’s almost as if the band decided to go electronic, but got ahead of themselves in the composition department.  “Allow Yourself” isn’t the worst album I’ve heard this year, but I’m certain that it will release and be forgotten in no time at all.