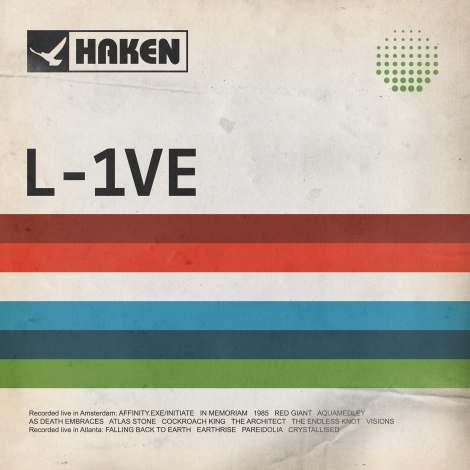 I find writing about live releases pretty difficult.  Fans have already heard the songs and love the music, so a live release is usually by definition just for current fans, who are going to buy it anyways.  There are plenty of live albums releasing this summer, and so I’m going to give it my best shot.  The first release I’m going to cover is the upcoming and highly anticipated live DVD/CD from Haken, one of my favorite bands.  Releasing on June 22nd, this offering is quite substantial and the quality is top notch.

I was at a Haken concert last year, and some guy in the crowd told me that Haken is “as obscure as bands get”.  I’m not sure what world that guy is living in (I’m assuming a Dream Theater world); but, for my money, Haken has become one of the biggest acts in progressive rock today.  Everybody seems to know them.  For goodness’ sake, a worker at Walmart complimented me on my Haken shirt the other day.  So, yeah, Haken is gaining notoriety and recognition, and that does my heart good.

The band currently consists of Charlie Griffiths (guitars), Ray Hearne (drums), Richard Henshall (guitars and keys), Ross Jennings (vocals), Diego Tejeida (keys), and Conner Green (bass).  Fans have been clamoring and memeing about a possible live DVD for years, and it is so satisfying to see it come to fruition.  Additionally, it is even more satisfying to see the quality and personality that have gone into making it. 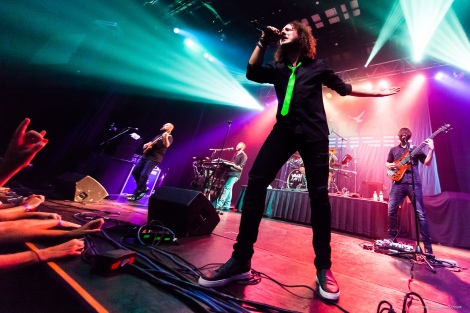 I did not receive an actual DVD to review, so I can’t vouch for the packaging and all that.  However, I did receive the audio files and a Vimeo stream of the video.  So, first, let me describe what you get with all this.  You receive two DVDs, one of which has the full Live in Amsterdam concert, and the other contains tracks from Haken’s ProgPower 2016 concert and some of the band’s music videos.  You also receive two CDs that contain the Amsterdam concert, as well.  Overall, that’s quite a bit for your money, though a Blu-ray would have been nice.

Speaking of Blu-ray, though, I think I know why that option is not available.  The video sports the grainy 80s textures of the Coachroach King music video, though not through the entire concert.  You do get a hit of nostalgia from this VHS-styled video.  A Blu-ray of this might look a bit weird, so I can understand the decision to go with DVD only.  It does add lots of personality, which is the core of Haken, in my opinion.

I would like to mention two things about the DVD that I’m sure people will be talking about to some extent.  First, the mix is a bit weak, which is no surprise on a live album.  I do find that ironic since live music usually has more oomph, not less.  I don’t find the weakness of the mix to be distracting all that much, expect in a couple of places where Haken really explodes.  I also find that later tracks, like “The Architect”, seem to be mixed better and have more power.  Second, people have been commenting on “In Memoriam” specifically because it appears that Ross is dubbed at one point.  This is not a common thing on the DVD, and I barely even noticed it.  If fans are that anal that they are going to whine about something so trivial, can they even call themselves fans?  Come on, guys, get a little class. 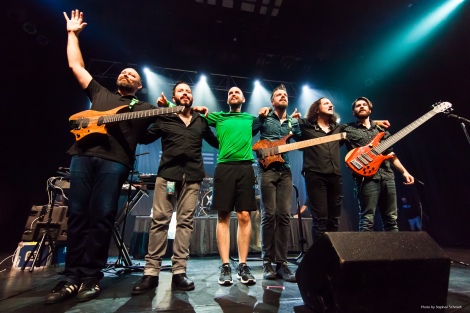 The concert itself is wonderful.  The tracks primarily consist of songs from “The Mountain” and “Affinity”, which is understandable.  We do get the epic “Visions” track, which is always amazing.  For those of us of the “Aquarius” faith, Haken has offered a sacrifice of “Aquamedley”, a 22 minute epic that condenses the album and story perfectly.  All the best moments are here, and, yes, I sing my head off like a maniac.  When I saw them live last year, this tune was easily the highlight of the evening for me.

Let me spotlight a couple tracks that really sound great on this DVD, and they may surprise you.  First is “1985”, such a crowd-pleasing song.  It sounds fantastic, and showcases the perfection of the mix when it comes to Diego’s keys, especially.  I almost wonder if the guitars and drums were mixed softer in order to emphasize the keys and bass, as those things are often lost in live albums.  Diego, of course, gets out his trusty keytar for the sweet solo.  Second is “Red Giant”, a song that is becoming one of my favorites from the band.  The thing about the live version (both in person and on this DVD) is the sheer texture of the atmosphere, and the power of the explosion vocals near the end.  It is hypnotic and hazy, and I love every second.  I get goosebumps just thinking about it.

Overall, this is a fantastic offering from Haken while we wait for the next album.  It seems to capture the energy and power of the band, as I hoped it would.  The players can be seen in all their glory, and Ross is in his element with incredible highs and undeniable charisma.  I’m glad this band can finally be seen in their native state for people that haven’t gotten the chance to go to a show yet.   I hope to see Haken continue to climb the ranks of the collective progressive consciousness. 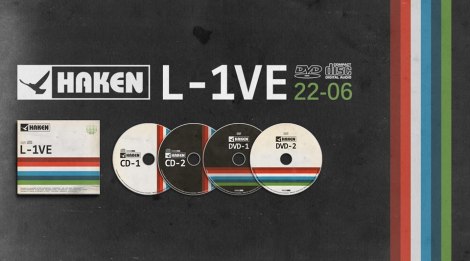