This month, we have a few smaller reviews for some new albums that fall more on the pop or folk side of prog.  We really love the progressive pop and progressive folk subgenres, and we do feel like more attention is deserved.  Take a look! 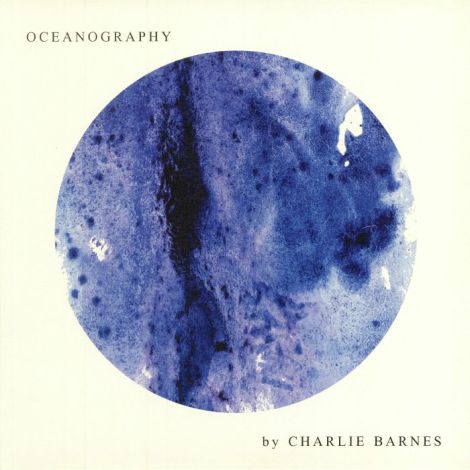 Charlie Barnes’ third solo album, “Oceanography”, is an album of earnest prog-pop, filled with catchy hooks and choruses that will burrow their way deep into your eardrums. Oceanography is the sort of album that I forget exists sometimes. At its core it is accessible modern pop music, but your first impression of the vocal and instrumental style might miss the hidden complexity in the performance and arrangement.

Where the music isn’t particular complex at first blush, it is quite clever. Songs take short unexpected detours or hide a subtle polyrhythms under the strum of acoustic guitars. The pop delivery also belies musical savvy that you might not find in songs by many otherwise similar artists.

For prog snobs, it might not be “technical” enough, or the song structures might seem to short and predictable. For the rest of us it’s a fun prog tinged indie-pop trip that we can also enjoy with our less prog-literate friends.

There’s just something about an eccentric album from a female artist that I have come to love.  It’s almost like a refresher from all the wankery and complexity in other forms of prog, and it gets my mind ready to dive into new music again.  Talitha Rise is releasing her debut album on June 1st, and I must say that “An Abandoned Orchid House” is a wonderful collection of well-written and fanciful songs.

Most people have been calling Talitha’s style “prog folk”, and that is definitely true, but that does ignore the overall pop sound of the album.  So, while much of the instrumentation is carried on by acoustic guitar and various folksy instruments, the choruses and melodies are quite “pop” in their catchiness and memorability.  I would also point out that some tracks almost have this organic, primal feeling to them, adding even more personality.

Overall, the album is poetic, passionate, and a true work of love from its creator.  Talitha has a great voice, and knows how to be tender one moment and let it loose the next.  She also knows how to create songs with odd structures and with a sense of weight and feeling to them.

My two favorite songs on the album are “Incantation” and “The Lake”.  The former builds to a fantastic chorus using lots of definitively folk sounds and textures.  The latter has this distant and mysterious sound to it, and I adore the chorus.  All of the songs on the album are quite exquisite and beautiful, though.  In the end, this is a solid debut from an artist that I hope to hear more from in the future.

Band influences always amuse me, and Tusmørke’s don’t disappoint: “Norwegian nature, birdsong, paradolia, Monty Python, Black Adder, Aleister Crowley, Lewis Carroll, J.M. Barrie, the international bronze age, the imminent apocalypse, the word of god and the silence of god” are all included, just to cover all the bases.  Their name means “twilight,” which by itself carries ethereal qualities; their music upholds a six-year tradition of treading the line between leaving listeners merely flabbergasted and completely alienated.

More often than not, their balance is supreme.  Ført Bak Lyset and Hinsides, their third and fourth releases respectively, are popularly upheld as high-quality if not watershed LPs for the group, and this newest addition to their discography (number six overall) is just as dynamic.  Fjernsyn i Farver (Color Television) was released on May 4th via Karisma Records, their second album fronted by the label.  Highly influenced by the likes of Caravan, Uriah Heep, and Zappa (in addition to their myriad other stated inspirations), Tusmørke’s brand of prog is certainly eclectic, a Venn diagram of traditional folk, experimental music, ambient soundscapes, and dark, tribal refrains.  Sections of pieces lull the listener in with gentle Canterbury ideals, only to rudely jar into grinding segments of harsh organ and guttural refrains, before hypnotic flute channels the lilting vibes of Ian Anderson.  Thankfully, Fjernsyn i Farver departs from the pervasive children’s choir and singsong qualities of Bydyra (“Urban Wildlife”), returning instead to their more gratifying and expressive vein of psychedelia.

Thematically, the album’s material traces a vague concept involving light, time, and reality, examining the notion that everything visible is merely reflected sunlight – rendering both light and object mutually dependent, invisible without one another.  This highly philosophical context takes a grim, evolutionary look at the progress of civilization and nature, graphically depicting skulls in space suits, carrion above a battlefield, and grotesque animal sacrifice — death as forward progress.  Six tracks long (noticing a theme – six years since the band’s transition from the former iteration, Les Fleurs De Mal, to Tusmørke, they release their sixth album, which consists of six tracks…) but seemingly much longer than a mere 44 minutes, Fjernsyn i Farver is dense, alarming, and really, really enjoyable.

The title track seeks to grasp the incomprehensible distances of space, between the distant, unknown planets and stars whose lights will be extinguished before they’ve ever been reached by humankind.  Meanwhile – while satellites and explorers forge into the unknown – back on the tiny little place called earth, we observe the wonders of the universe transmitted back to us on our color television screens.  “Kniven i kurven” (The Knife in the Basket) is a dark, restless piece, focused on ritualistic sacrifice – possibly something pagan and cultish, possibly Old Testament worship – drawing comparison and contrast between man’s modern and ancient exploits.  “Borgerlig Tusmørke” (Civil Twilight) builds emphatically from its opening seconds toward the concluding refrain, “behold the light between us disappearing,” and the final, brusque statement: “From darkness to darkness.”  Like the title track, “3001” similarly channels the opening moments of Rush’s “2112 Overture,” and also incorporates darker Van Der Graaf Generator tones to bleakly portray the world at the turn of the next millennium, when “only plains full of tombstones remain” of our contemporary civilization.  “Death Czar,” the only track on Fjernsyn i Farver to be sung in English, asks only the important questions – namely, “Is birdwatching divination?” – and grimly likens the future of our universe (which itself began within “an egg [before] it hatched”) to the ominous foreknowledge of circling birds of prey, who will one day “pick our bones when all is said and done.”  The album’s final piece, “Tøyens Hemmelighet” (The Secret of Tøyen), describes the darkness that grows in “Satanical Gardens,” a place where “thorn apples grow,” and “whoever eats the seeds of the fruit will rather quickly see / sick visions of the hidden things that exist in the beyond.”  The implication, of course, is that Tusmørke themselves have partaken, and brought forth their revelations to us as listeners in the form of this album.

Fjernsyn i Farver is a strange collection of sounds.  It is at once primitive and sophisticated, both raw and technical, brooding and expressive.  The instrumentation, musicianship, and compositional techniques are all compelling aspects of the Tusmørke’s appeal, with strong contrasts between melody and dissonance, rhythmic variety, and surprising musical twists and turns that in no way feel contrived merely for the sake of quirkiness.  Fjernsyn i Farver is a great album that will only grow on the listener with successive spins.