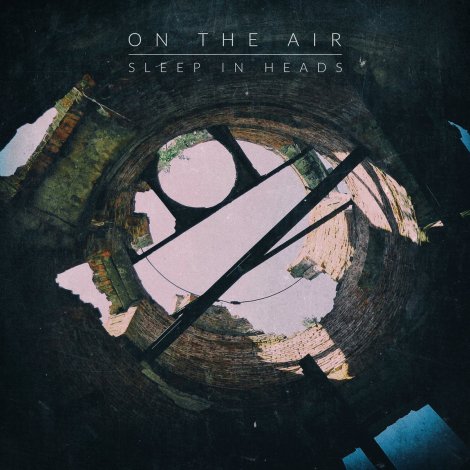 I love being surprised by new bands.  Lately, it’s been about a 50/50 ratio of great to awful as far as new band promo submissions to the site, but the debut from Sleep in Heads instantly made its way to the “great” end of that pool.  I’m a bit behind on this one, as “On the Air” released on March 1st, but I’m so very glad that I gave it a chance.

Sleep in Heads hails from Ukraine and has a bit of a strange name.  The band tells me that it is an abstraction of the lead singer’s name, Sonya, as it translates to English as “sleepy head”.  I find that pretty cool.  The band seems to want to use their first names only: Sonya on vocals, Serj on guitars, Roman on drums, Fann on bass, Natali on violin, and Kate on keys.

Though the music is instantly enjoyable, the style is a bit difficult to describe, even though it is very pure and beautiful from the start.  It definitely falls inside the progressive metal subgenre, so you’ll hear plenty of driving rhythms and meaty riffs.  However, most of the album chooses to be led more by violin and keys than by guitars, and there is definitely a folk element to it, too.  So, many times, the guitars are used to provide a boost at the right times, but much of the album is spacey, electronic, and even a bit neoclassical. 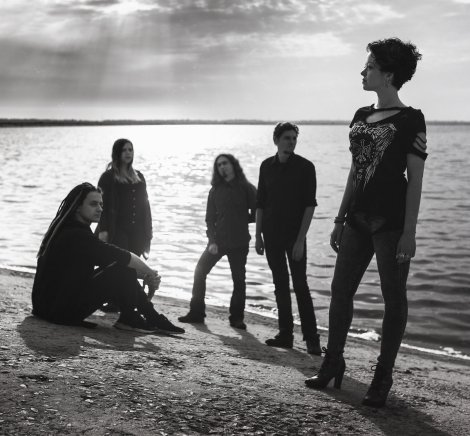 I need to mention that all of these instruments sound amazing, too.  Many metal bands have two guitarists, but Serj handles it by himself, and the power and purpose behind his work is impressive, reminding me of the drive of bands like Porcupine Tree, rather than specific metal bands.  It’s also an amazing thing to hear Natali’s violin and Kate’s keys together.  They both play some pretty intricate passages that absolutely foam with warmth.  Lastly, Sonya’s voice is fantastic.  She hits some incredibly high notes, but her overall presence is just one of pure melody and light.

The album is fairly short at around 40 minutes long, and there are only six songs.  However, each and every song is wonderful.  Songs like “Vagrant” and “Secret Shelter” gives shades of a more metallic Anathema, as does much of the album due to its climactic nature.  That will give you some idea of the general tone and vibe of this album.

I have three favorites, though.  “Pacifying” is a thrilling opening track that hides the progressive metal aspect of the music pretty well until about the middle of the song where it explodes into driving riffs.  The song is spacey, beautiful, and structured so well.  “Time Like the Sand” is a guitar-heavy song with some absolutely stunning rhythms, and it swells near to bursting near the end.  “Blue Fear” is the single, and it is a subtle track that explodes near the end in a spine-tingling vocal triumph, courtesy of Sonya.

Overall, “On the Air” is a stunning debut from this young band.  They bring a fresh presence and mighty energy to the scene, while also providing nostalgia and comfort in the form of sounds that we know and love already.  I will be watching their career with great interest.

One response to “Sleep in Heads – “On the Air””