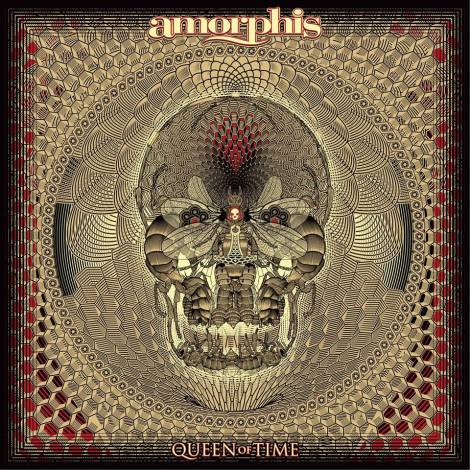 Sometimes, an album just takes me away with its glorious sound and overall energy, even if the style isn’t something I normally pursue all that much.  Such is the case with the new offering from Amorphis.  “Queen of Time” released on May 18th through Nuclear Blast, and there’s just something about this record that absolutely floors me every time I hear it.

Amorphis has been around for years.  I first remember hearing them on a late night radio program in my area that was supposed to play the absolute “heaviest” music allowed on the airwaves.  They had just released their single “House of Sleep” (which I love), and I remember thinking about how soft and catchy the song actually was.  Through the years, I’ve paid attention to their other releases, specifically loving “Silent Waters” in 2007.  I mention all of that because “Queen of Time” reminds me of those two releases.

Amorphis isn’t quite progressive metal, though they certainly have plenty of progressive elements.  They are heavy in the riffing department, but know how to turn that off to utilize folk and electronic sounds to create atmosphere, whimsy, and fantasy.  Yes, they use lots of harsh vox, but their clean singing is incredibly pure and beautiful, so the contrast is perfect.  Overall, their sound is energetic, ambitious, and majestic, while also having lots of space and room to progress. 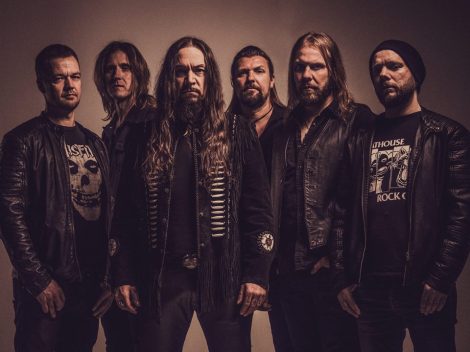 Two things that strike me about this album are the amazing performances and the great production.  First, I’m impressed with the strength and clarity of the guitars, as the riffs are hefty and crunchy, while the licks are driving, purposeful, and clear.  I’m also a big fan of the keys and orchestration, as they create such atmosphere and beauty.  The drums and bass, too, are strong and may be the unsung heroes of the overall sound.  Second, all of these instruments mix together without overplaying each other.  You’d think that the heaviness of the guitars would drown out everything else, but you can hear every tender note right alongside each crunching riff.

“Queen of Time” presents song after song of near perfection.  Every single song on the album is effective and glorious, and the album marches forward with certainty and quality.  Just when you think the band has outdone themselves, they move on to an even bigger and more glorious song.

“The Bee” starts the album off with power and energy.  This song is pure and addictive.  “Message in Amber” is another favorite, and has a wonderful backing folk melody and beautiful choirs: The guitars are heavy and satisfying.  Much of the album continues like these two tracks, with plenty of heft, tenderness, and groove.

“Daughter of Hate” might be my favorite.  The central guitar lick reminds me of “House of Sleep”, and the sax interludes are unexpected and totally gorgeous.  “Amongst Stars” is another special song here, being a beautiful and powerful ballad of sorts.  It includes Anneke van Giersbergen as a guest vocalist, and there is just something amazing about hearing female vocals up against the Amorphis sound that begs for my attention.  “Pyres on the Coast” is an epic send off for the album, complete with huge orchestrations and heavy riffs.

Amorphis have been at the game since 1990, and they are still creating magnificent albums that steal the spotlight.  With such an extensive back discography, it’s impossible to know if “Queen of Time” is the best album they’ve ever created, but I’ll say that it is certainly one of the best I’ve heard thus far.  The balance and energy are undeniable, and the result is a seriously satisfying album.

One response to “Amorphis – “Queen of Time””