Some albums take some time to grow on me. I’m a big fan of Tim Bowness and his nostalgic solo albums, and he recently rejoined some old friends to release a new album under the name Plenty.  The album is called “It Could Be Home” and it releases under Karisma Records on April 27th.

The band has actually been around since the 80s. The members include Tim Bowness, Brian Hulse, and David Jones, and they released some songs around 30 years ago, as well as played a couple gigs.  It seems like the band has been trying to regroup for a long time now, including a brief attempt in the 90s.  They are ready to go now, though, but the results are a bit mixed.

At first glance, the difference between Plenty and Tim Bowness’ solo albums seems minute. However, as you hear the whole album, you will actually hear quite a few variances.  While Tim retains his trademark melancholy vocal tone, the music is much more upbeat and energetic than anything on his solo works, hailing back to the new wave sound of the 80s.  The musical style is also significantly electronic in approach, being led by synth and keys with electronic beats much of the time.  Overall, the music is just happier and has more going on than in Bowness’ recent solo outings.  That does not mean, however, that it is better. 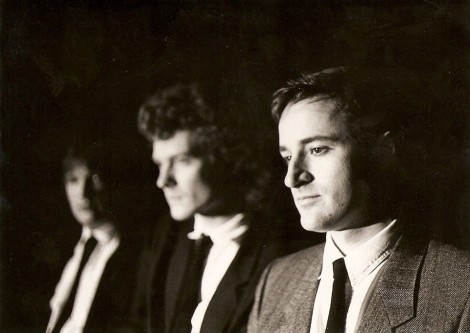 I’ll admit that I didn’t think much of this album after my first listen. “It Could Be Home” didn’t seem to hold anything all that interesting, but that is mainly because what it does offer is so subtle.  The more you listen to it, the more you will hear the wonderful melodies and even the warm instrumentals.  Everything is done slightly and with class, and I really do appreciate that.

I find that the album gets stronger in the second half. There are a couple of songs in the first half that I really like, though.  “Hide” is cool song with a twisting little melody that comes in from time to time.  The other one is “Broken Nights”, which has a great electronic drone sound that I like.

The second half has some great stuff.  “Strange Gods” has an ethereal atmosphere that really draws me in closer.  “Every Stranger’s Voice” has a nice tone to it, as well as a good climactic solo at the end.  The last two tracks on the album are my favorites, though.  “The Good Man” is probably my favorite song.  It has a strong guitar lead, and I love the spacey sound that it has.  The title track ends the album with a lovely piano melody and a subtle electronic beat.

Overall, “It Could Be Home” is solid and a good listen, but it won’t make any waves this year. In a lesser year, this album could make some year-end lists, but I’m afraid it will just be forgotten within a few months.  That said, there is some great stuff here, and fans of the warm and nostalgic style of Tim Bowness should definitely take a look.