It is always immensely satisfying to watch a band grow from infancy into a force in the progressive community.  I have been following Canada’s Borealis since 2011’s “Fall from Grace”, and every single album they have produced has been a work of sheer joy to me.  Signed with AFM Records, I have seen this band grow, and I hope they can gain even more popularity through their new album “The Offering”, which releases on the 23rd of March.

Hailing from Ontario, Borealis has had some lineup changes since their last album.  The band consists of Matt Marinelli on vocals and guitars, Sean Werlick on keys, Sean Dowell on drums, and newcomers Trevor McBride on bass and Ken Fobert on guitars.  Bassist Jamie Smith and guitarist Michael Briguglio exited since the last album.  Singer Sarah Dee also guests on a couple of tracks.  The band, thankfully, seems to be running on all cylinders, despite the changes.

Borealis is fairly straightforward in musical style.  They label themselves as melodic metal, which is probably the best description I could muster.  They could be included under both progressive and power, but are honestly not wholeheartedly under either subgenre.  They feature fast-paced guitar work and hefty riffing with lots of oomph and technicality.  However, they have always had a very bright keyboard sound, too, which adds density and melody to their overall sound.  Their tone is definitely a little more fantastical, whether in a dark or enlightened sense.  This album continues that, and is possibly their most melodic and deeply enchanted album to date. 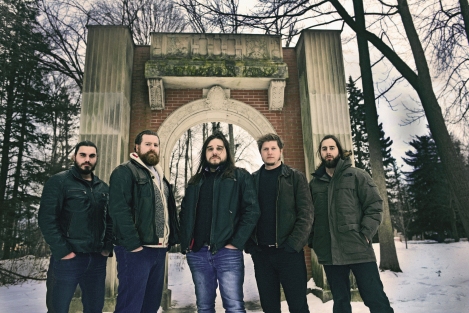 On “The Offering”, the band has pursued the melodic aspect of their sound ever further; utilizing grand, overarching keyboard melodies that sound almost orchestral and even cinematic in nature.  The album feels mixed to capitalize on this emphasize on melody, too.  There are literally moments on this album that the keys just sweep me away, but it takes more than just the keyboard to achieve this, as the guitars add the perfect contrast to create the optimum atmosphere.  The guitars aren’t mixed as super heavy or dark, either, in order to push the soaring heights that this album achieves.

Matt has the uncanny ability to write near perfect vocal lines; not just in the chorus, but in every single verse, too.  I almost feel like he’s influenced by non-metal singers like Steve Perry of Journey, but that’s just a feeling I get: I know he falls in line with some of the melodic greats, like Tom of Everygrey or Roy of Kamelot.  Matt’s melodies are again gorgeous and grand on this album.

Sean’s keys are simply glorious and incredibly classy.  They sweep and fly in such grand ways that I know they will be some of the best this year overall.  I also find that “The Offering” is probably Sean’s greatest outing on drums.  The mix can be a little distant sounding for certain drums, but the overall effect is intense and blast beat heavy in a way that totally works.  Sean’s drums and also Trevor’s bass add that deeper kick that helps this album cover all the bases.

Now, “The Offering” is a concept album, and I think a rather timely one.  The basic idea is that a group of people start a cult where they perform child sacrifice.  They truly believe that these sacrifices will save the world, but all the time they were sacrificing the very thing that can indeed change and save the world: children.  There’s something of a poltergeist or divine being that they inadvertently create during their rituals, and that is where the meat of the story lies.  I love the political, spiritual, and practical ramifications of this story, and I think it is well told and written.

While the entire album is great, I find the second half really explodes out of my headphones into something magical.  The choruses get mightier, the keys soar higher, and the songs feel more and more cinematic, like a colossal epic of spiritual proportions.  So, while I love the melodic drive of “The Fire Between Us” and “River”, “The Light” and “Scarlet Angel” are even better.  My favorites, though, are “The Second Son” and “The Ghosts of Innocence”.  The former is a magical track with a fantastic chorus, but the track itself flows into a wonderful instrumental that always makes my ears perk up.  “The Ghosts of Innocence” ends the album with a grand spectacle of cinematic keys that literally give me goosebumps.  It’s one of those songs that you never want to end.  It absolutely feels like the most perfect song that Borealis has ever produced.

Borealis has another winner with “The Offering”.  Their sound has changed in small ways, but the heart and grand melodies are not just still there, but also on completely higher levels.  I’m so happy to see these guys continue to succeed, and I hope they can get out on the road soon to show off their new songs.

One response to “Borealis – “The Offering””