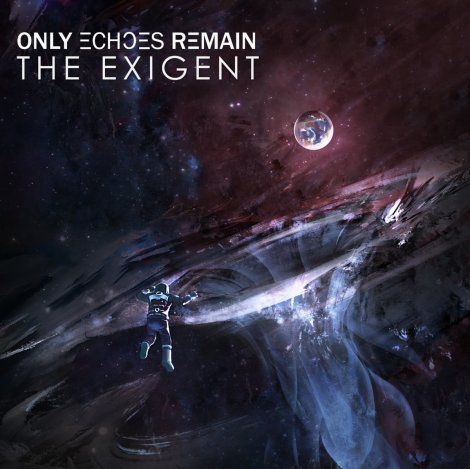 I love being surprised by an album.  Sometimes, right when I’m feeling a little burnt out on the new music I’m receiving, an album comes through to offer something simple and beautiful.  The debut from Only Echoes Remain is exactly that.  “The Exigent” is a beautiful album that pulls me in through the band’s grasp of emotion in music.

Only Echoes Remain is made up of Arran Oakes (guitar), Craig McNaughton (drums), Simon Christie (guitar), and Alistair Dunlop (bass/newly joined after recording).  These guys play instrumental music that is the very definition of ethereal and space-driven, though there is a strong alternative sound to the music, as well.  The music is ambient at times, but crushing and distorted in others.  I would call what they play “post rock”, but there’s also plenty of progressive rock and alternative to be found here, too.  Overall, it’s not really about the genre, the music is about the experience of floating weightlessly through the story and the emotions that are so palpable here.

Being post rock in nature, “The Exigent” is often very pensive and inward gazing.  It is considered a concept album about a lone astronaut who is wrestling with his humanity as his mission ends in a way he did not expect.  At times, I can sense a little Floydian influence here, such as on the serene “Aurora”, but the album overall avoids entanglements with influences, though I would suggest Nordic Giants as a touch stone for comparison.  If you know their music, you know that they feature highly emotive sequences, and Only Echoes Remain really nails this feeling, especially in the last half of the album.

The players here do very well.  The album is guitar-led most of the time, and Arran and Simon present guitar work that is mostly less complex and not overbearing, but it really gets going at parts, too.  There are plenty of great rhythms and solos, but the guitars are mainly used to take you through this interstellar journey.  The former are established through lots of solid licks and distorted riffs, but the journey I mentioned is chiefly achieved through shoegazy moments and some more specialized means that really produce some very unearthly, tranquil results.  The guitars also get more complex as the album progresses, with many of the highlight moments coming in the last couple tracks. 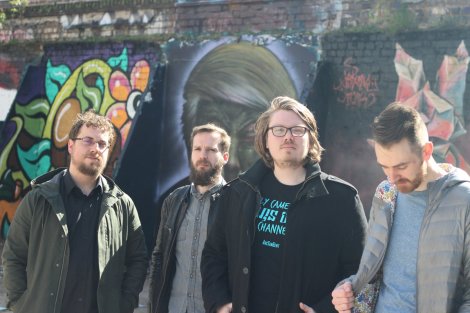 I love the Craig’s drums on this album.  His style is not overly complicated, but his fills are really satisfying and off kilter.  They are a perfect accent in the emotional moments.  The bass, too, is meaty and fills the void really well.  All of the instruments are played with expression and class, even in the more technical moments.

“The Exigent” is very good at transitions.  For example, “Aurora” transitions from Floydian serenity to a more distorted and jamming conclusion.  The album then leaps into the incredibly peaceful “Reflections” before exploding once again into the more complex “Distant Echoes”.  It all feels very right and definitely keeps your interest well, especially for an instrumental album.

The last half of the album feels more ominous in some ways than the peaceful beginning, almost like you are hurdling into the unknown.  I assume this is because the astronaut is meeting and accepting his fate.  The last few songs feel desperate, or maybe looming, in some way.  As you approach the end, you can feel your emotions rise as this overcoming sense of resolution emanates from the music.  It’s truly impressive to hear this sort of expression on a debut album.

The album really is a complete unit and should be heard from beginning to end in one sitting, if possible.  I do have favorite tracks, though.  I really love the aforementioned “Aurora”, and it probably feels the most “post rock” of them all.  “Reflections” is truly peaceful, so I love it, too.  My favorite tracks are the last three, however.  “Descent/Impact” has probably the most interesting guitar parts on the album.  It feels very much like its name, and really does feel like a climax in the story.  “End Transmission” might be my favorite, overall, as it has this sense of longing and regret to it that breaks my heart.  Finally, “Of Stone and Stars” is a wonderful ending with lots of subtle feelings and elegant touches, but also plenty of arresting guitar work and this sense of peace and authenticity to it.

So, “The Exigent” is a wonderful album, and Only Echoes Remain is legit, in my view.  The band has debuted strongly, but I have a feeling that it’s only uphill from here.  There is so much potential in their mixture of genres and sounds, and I love the way that they come across as post-rock, but do not submit to all the cliches of that subgenre.  I’m looking forward to where they go from here.