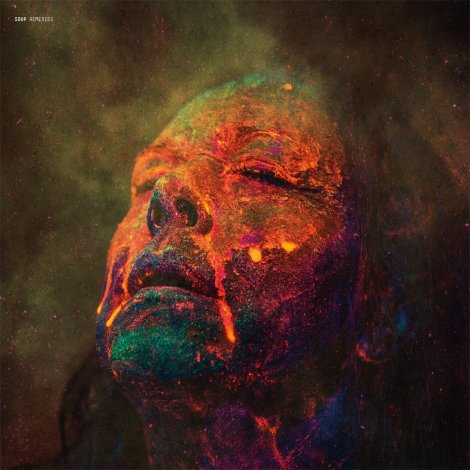 I always enjoy a band that has named themselves perfectly.  Some bands go for something more over the top or unique, but Norway’s Soup has chosen a name that perfectly describes their goal in creating music.  I still love their 2013 album “The Beauty of our Youth”, but their recently released “Remedies” album is head and shoulders above anything else they’ve done.

Soup has had a lineup change since their last album.  The band now consists of Erlend Aastad Viken on vocals, keys, and samples; Ørjan Langnes on guitars, Jan Tore Megård on bass, and Espen Berge (joined in 2015) on drums.  A fifth member was then added after the recording of “Remedies”, Pål Ramsøy-Halle: He will be helping out on keys, guitars, and backing vocals for their live shows.  The music they play could possibly be influenced by the likes of Muse, Porcupine Tree, and indie rock; but they honestly have their own sound and their own thing going.  They really live in their own little world.

Let me elaborate: Soup has a signature sound that invades all their albums.  It’s hard to describe. The closest I can get to a description is that Soup has this whimsical style of acoustic guitar contrasted against huge waves of shoegaze electric guitars and dense keyboard/electronic climaxes that will hang in the air around you like this magical fog (soup) of being.  Their music often feels murky in this all-consuming and wonderful sense, where you couldn’t escape the sheer light and beauty of the thick atmosphere, even if you wanted.  And just when you think the music couldn’t possibly get any higher or deeper, the band takes it up an octave to a point where your heart is in your throat and your emotions are fluttering in the weight of the glory that you are experiencing.  This music is all about taking you on a journey of light and texture, and you will taste it on your tongue.

Musically and lyrically, Soup also treads nostalgically high places.  Their music always reminds me of my youth and the beautiful bonds I had with various things or people in my life.  “The Boy and the Snow” really brings this feeling to a head for me, as it reminds me so much of those times when all there was in the entire world was me and the snow; and those familiar places where all that ever mattered was braving the frozen landscape to conquer and enjoy.

With this dense atmosphere, Soup really lives up to their name, not only in the sound, but also in the feelings that will flicker through your heart.  Erlend’s keys and sampling are front and center at times, creating very unique and immensely riveting waves of sound and memory.  His vocals, too, are concise and instantly likable, while featuring a whimsical tone that is immediately recognizable for me.  Ørjan’s guitars, as I stated above, are shoegaze in style quite often, but his gentle acoustics are equally well done.  His playing is very emotional and never overly flashy, but you will hear his striking tone throughout the most climactic moments of the album.

In all of the grand soundscapes that Soup provides, you may think that the bass and drums may get lost in the haze.  This is not true at all, though.  Jan’s bass here is ever flowing; being the solid foundation upon which everything else it built.  A good example of this is the truly hair-raising instrumental in the middle of “Sleepers”.  The bass is loud and clear, even in the middle of the huge swashes of electronic sublimity.  Even in this dreamlike sequence, the bass has heft and weight.  Espen’s drums are much the same.  His style is off kilter and hefty to the bone, and again keeps the listener grounded in this ethereal experience.  His beats thunder in the right moments, but are fragile and delicate when needed, as well.  The whole rhythm section here joins the flow of emotion, but they often dabble in a funky, retro style on a few tracks.

This album is only just over 40 minutes long, but I feel like the band has never quite gone so balls-to-the-walls with their signature style, as every track on “Remedies” refuses to hold back even a little bit.  I’ve mentioned the immense nostalgia of “The Boy and the Snow”, and it is definitely one favorite here.  As sublime as the vocals are, though, I think “Sleepers” is my favorite track.  It’s a mostly instrumental song that feels nothing like an instrumental song.  It is all feelings and flow, and it grabs you by the heart and leads you through a spine-tingling journey complete with electronics and enormous guitars.  It is truly something that you must experience to understand what I mean.

Other favorites include the first track, “Going Somewhere”, which features a fantastic set of vocals lines, but it’s the humongous wall of melody at the end that will leave you with goosebumps.  Another favorite, “Audion” is this grand instrumental organ piece that would totally be out of place on most albums, but it works perfectly here.  The album ends with “Nothing Like Home”, a gentler piece that brings the nostalgia and the gripping vocals once again.

I realized that I just mentioned all five of the tracks on the album as my favorites:  You’ll probably feel the same way because “Remedies” is an album that you need to hear from beginning to end in one sitting.  It’s a perfect emotional journey into your heart, and you won’t want to leave.  When it ends, I always feel a little sad that it’s over already.  Soup has really brought the inspiration and the masterful melody machine this time, and I’m afraid that I might need to order this on vinyl.  Soup is criminally unknown, but this album proves that they should be at the top of everyone’s lists right now.

One response to “Soup – “Remedies””