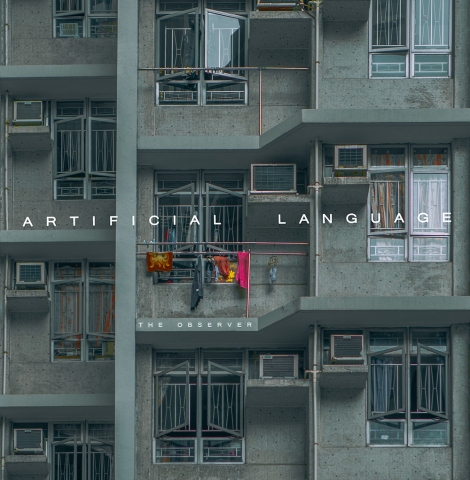 Do you like melodic hard rock/metal? Do you like bands that bridge alternative and progressive rock? Do you love killer melodies? Have I got an album for you!

Now you’ve probably never heard of any of the people playing the music (unless you heard Victor Corral with his previous band “Art by Numbers”), and I think they deserve an introduction.

On guitars, you have Victor Corral and Charlie Robbins. These guys do a great job of weaving complicated arpeggios and counterpoint through melodies and providing some solid riffing, tasty chord augmentations, and a good chug-a-chug-a when you need it.

On bass, Joshua Riojas lays the foundation – particularly necessary here as the two guitarists spend most of the album arpeggiating all over each other – and manages to keep up with the dual guitar attack, even if he doesn’t get many spotlight moments on the album.

Jonathon Simpson on keys largely sticks to piano and organic string sounds, with his classical influenced playing permeating the album. He carries the more reflective passages of the album and unleashes his own fair share of musical hooks and surprising moments throughout.

Jeron Schapansky on drums gives you everything you want from a progressive metal drummer – tight fills, super fast double bass, the ability to turn a rhythm on a dime – all the things prog-metal fans ask for in a drummer – he excels at them.

Finally, there’s Shay Lewis on vocals. My wife loves technical guitar parts, double-bass, and good riffing; but she hates 97.4% of all progressive metal singers. To her, either they sound “too 80’s” or they too frequently use harsh vocals. Shay is in the 2.6%. He demonstrates great technical singing ability, but the character of his voice and the melodies more frequently evoke modern rock than many artists who are more in the vein of classic Geoff Tate or James LaBrie.

So, what I mean to say by all this, is that this band is solid. And they look pretty young too. So hopefully, we’ve got a lot more music coming from them in the years to come.

That’s the band, but what about the album itself?

It opens thoughtfully, with keys and vocals introducing you to the basic idea of the “Observer”: an unearthly being observing human activities and longing for the human experience. But soon, you’ll be hit with melodic riffing and soaring vocals. For being progressive metal, this is a very song and melody oriented album. There’s only one track that exceeds five minutes, and few extended instrumental sections. In a genre known for its excesses, it’s refreshing to hear a band that is both exceptional from a technical perspective and also primarily concerned about using that technical ability to serve the song.

As the album continues you don’t get too much in the way of different textures, other than some pianos and strings (which quickly give way to more melodic riffing). This leads us to my two main criticisms of the album. First, there’s so much going on that it’s initially difficult to tell the songs apart; and, second, some listeners may find the album to be just a little bit busy, as the songs do blend together a little. However, repeated listens help uncover some unique character in each song, and the method in their madness. There is definitely some variety to the songs and the occasional unexpected elements pop up, like some cool vocal punctuation on “Dirty Hands” or the keyboard breakout on “Mazes.”

While most of the album plays like individual songs, with maybe some loose connection if you’re really paying attention; “Turn off the Pictures,” the final track, pulls some of both the lyrical and musical concepts together to cement the concept and really bring the album together as it closes.

“The Observer” is a great heavy, melodic, progressive album with big dynamics and demonstrations of technical prowess throughout each track. It’s highly recommended if you’re a fan of prog and modern/alternative rock and metal. As an album for my particular taste, I’d give it a 10/10; but being more objective, my official rating is an 8/10.