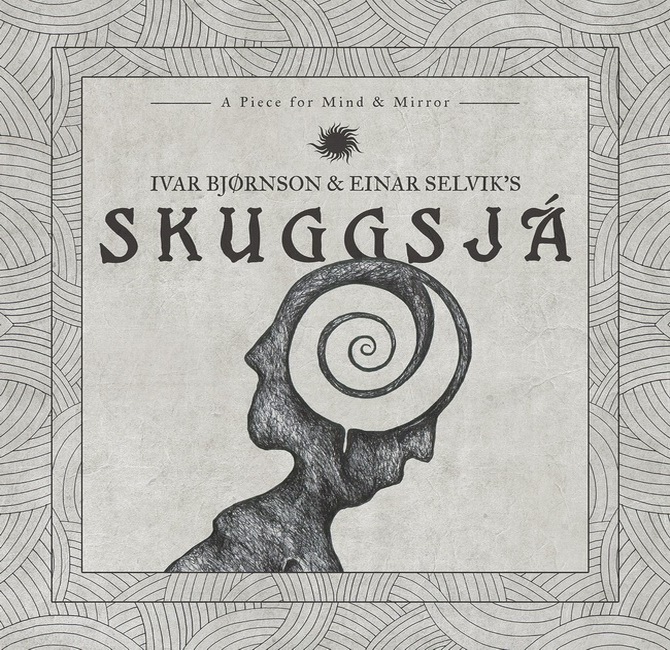 A fascinating and occasionally beautiful album stylistically, but not one I’m entirely convinced of in terms of its composition, Skuggsjá is a collaboration between two of Norway’s most significant and influential musical sons of the last few decades. Ivar Bjørnson is widely known as one of Scandinavian metal’s finest vocalists, most notably for his work with progressive black metal titans Enslaved and the early years of Borknagar. Einar Selvik, also known as Kvitrafn, is known for music on the opposite side of the spectrum – the dark, mysterious and hypnotic traditional folk of Wardruna, but has been a part of Norway’s metal scene as a drummer for various bands, both small and large. Originally written as a celebratory piece of Norwegian culture for the 200th anniversary of their constitution in 2014, the history and culture of the nation is bred through the album in both their folk roots and more modern metal styles. It does sound, to a certain extent, like a pure merger of Enslaved’s progressive black metal and Wardruna’s dark folk, with the two styles taking up relatively equal space on the record, but joined with a beautifully unified sense of atmosphere.

This is folk metal as folk metal should have been conceived. Ever since folk metal became a thing it has been the butt of many jokes, and rightfully, as the majority of bands played cheesy and kitschy gimmick music, shoving as many “folk” instruments as they could into what were essentially campy power metal tracks. There were good bands that came up, most notably Moonsorrow and their followers, that attempted to bring folk metal to a more pure mixture of traditional folk and metal, but I personally still hesitate to check out music that has the tag thrown at it. A Piece for Mind & Mirror is so incredibly folk metal that nearly half the record isn’t metal at all. This album is all about dark folky atmosphere – it doesn’t care about being heavy all the time or ticking a certain number of boxes, it just follows its heart and plays music straight from the soul. It has a clear aim – to recreate the dark atmospheres of traditional folk music with more modern means. And in that regard, it is most definitely a success. Those looking for mood music with a perfect balance between heavy and soft won’t be disappointed. 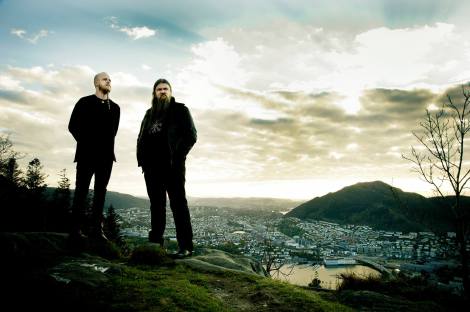 In addition to the standard rock/folk/metal fare, we have additional instruments of talharpa, kraviklyre, goathorn, birch-bark lure, bone-flute and Harding fiddle, and while I do recognise a few of those words, I’ll admit to having to do a bit of research in order to determine which was which. I don’t think there’s a section of the album that doesn’t consist of at least one left-field traditional instrument, though not quite to the level of Wardruna’s albums (the credits for their latest album lists at least 20 instruments I have never heard of). Even the metal sections are dripping with the rich strings of the talharpa, a bowed lute that gives a rich string quartet-esque sound with only a single instrument, along with the drones associated with a hurdy-gurdy or bagpipe. The softer sections use the flutes and horns most prominently along with lower-register vocals and tribal drums. The entire album becomes a fascinating listen for this reason alone – nearly every second here contains something unique in terms of timbre. The album flicks between metal sections and folk sections and everything-in-between smoothly, with long sections of the record focusing on one or the other, but constantly holding the tense, dark mood that makes it such a good listen. 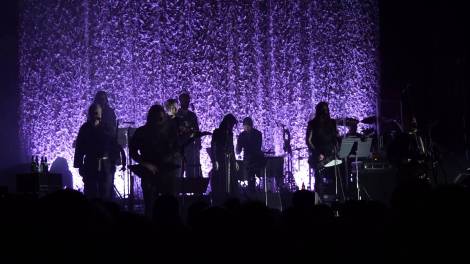 All of this adds to a fascinating record stylistically, but I only feel that the songwriting beneath it is decent for much of the time. The majority of the metal sections, in my opinion, are a touch uninspired in their riffs, which are your standard twisted and blackened Nordic affair, with tritones and bends abound. The 10-minute “Makta Og Vanæra” is essentially an Enslaved song smothered in atmospheric mirk with a few folky interlude parts that set it apart, but as a song I can only call it decent. I enjoy the production on the guitars and the use of chanting choirs, and I’m always a fan of Scandinavian languages, but there aren’t really any riffs that pull me out and blow me away. It feels that often the songs are too reliant on the atmosphere and extra instruments to be considered amazing in themselves. “Skuggeslåtten” is another example – it finishes with an absolutely ripping horn part and has some really unique elements for a metal song, but the actual metal part of it is forgettable. That’s really the story of most of this album – it’s impressive in terms of how it sounds and the atmosphere it gives, but the songs really seem to be written as an afterthought to that, instead of being built into it.

A Piece for Mind & Mirror is definitely a good album, and definitely one I’d recommend, but it just doesn’t quite scratch my itch in terms of a genuine marriage of style and substance. For those who are sick to death of emotionless folk metal, this could definitely appeal to you. Fans of both artist’s main bands will also find this interesting, it has the same atmospheric focus as Wardruna and mid-era Enslaved, as well as the eclecticism in instrumentation and structure that make those artists appeal to prog fans. An album of driving folk music spliced with bursts of blackened fury, all while keeping a beautiful atmosphere, this is a very good album that could possibly have been an excellent one.