Band Spotlight is another new feature I’m trying on our humble site.  Basically, I want to introduce everyone to lesser known bands and their respective discographies.  So, I’ll ramble on about the band and write a short something about each album.  Hope you enjoy (requests and recommendations are welcome)!

In the somewhat vague world of neo-prog, there are many bands I love, but there are also many I detest.  Sweden’s Introitus, surprisingly, was one of the first that I really loved.  Now, to clear something up: Yes, an “introitus” can be an alternate term for “vagina”.  In actuality, a vagina is a type of introitus.  The band themselves, though, chose this name to represent the idea of bringing listeners to a threshold of some sort of peace, awe, or just an experience of some sort.  And their music certainly nails this.

This female-fronted band is something of a family affair, and that makes sense, since the band is an expansion of keyboardist Mats Bender’s decades old ideas.  Mats is one of my very favorite keyboardists, and along for the ride, his wife Anna Bender and some of their children and friends have all been core members for while now.  All of them are amazing at what they do.

Introitus plays a brand of neo-progressive rock that borders on heavy prog at times.  They love their sweeping keys, synth, and folk sounds, but they also love heavier jams and double bass at times.  It’s a great combination that serves as a thrill ride of sorts and includes lots of variety.  The foundation of it all, I find, however, are the themes of family life, lost loved ones, and glorious yet grounded fantasies.  In some way or another, Introitus is all about the grand adventure and fantasy that is living and loving family, and even the human race. 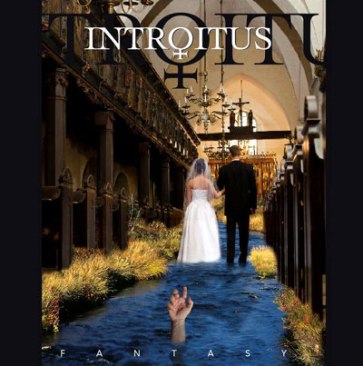 The Introitus debut was actually the second album I heard from them.  I was so impressed with “Elements” that I had to have more asap.  “Fantasy” is a grand tour of the Bender family.  It contains some of the strongest expressions of familial love and bond in any of their work.  Indeed, the glorious fantasy here is one of unending love, dreams for their children, and the complicated feelings that surround all of that.

This is an album that is organic, folksy, jazzy, and endearing.  It’s even very dark and climactic, too.  From the brilliant instrumentals of “Genesis” and “Crossroads” to the motherly affection of “Child” to the marital bliss of “Fantasy” and “Magical Moment”, this album rocks, but it also fills your heart with a sense of home.

“Elements” was the first album I heard by Introitus.  Being filled with all sorts of earthy sounds and also perhaps the heaviest tracks in their career, “Elements” seems to take the familial themes of their debut and applies them to our world as a whole.  As you can probably tell by the tracklist, the album centers upon the connection we have with the world around us, and also the connections we have with each other.  So, the album moves from global concerns to themes of love, but it ends with what may be one of the most important songs by any band, for me at least.

“Soulprint (for Mother)” is a track that I listen to once per year, on the anniversary of my mother’s death.  Needless to say, it was a big change for me as a teenager, and I wrestled with it constantly.  “Soulprint” helped me see it from a different perspective, though, being about Anne and her dying mother.  Not only is this song about letting go, but it’s also a celebration of the “soulprint” that her mother left on her.  I can see that soulprint on my heart, as well, and so this album overall has come to mean so much to me.

Obviously, “Soulprint” is my favorite track here, and all the elementally-titled tracks here are mainly transitional tracks featuring earthy tones.  Aside from that, though, “Dreamscape” is a brilliant thrill ride of psychedelic sounds and incredible instrumentals.  Other songs, like “The Hand That Feeds You”, are neo-prog at its finest.  “Elements” is an album not to be missed.

The third and most recent Introitus album is called “Anima”, and it really seems to bring together the themes from both their previous albums.  Starting with family and moving to global connection, Introitus takes it a step higher and seems to explore the very concept of humanity, emotions and all.  So, that means we still get the love ballads like “You Will Always be My Girl”, but we also get insecure tracks like “Broken Glass” and exploratory epics like “Anima”.  All in all, this third outing is as strong as the other two, and contains perhaps a folksier vibe at times, but also some very heavy ones, too.

Oh, and I did review this one upon release:

If there’s anything I can say about Introitus, it’s that they love their family, they love their country, and they love life.  And all of this oozes out through their beautiful and emotional music.  There isn’t a bad song in their discography, and their certainly isn’t an inappropriate time to listen to them.  Expressing themselves in the great range of human experience, Introitus will hopefully be back with another killer album soon.

One response to “Band Spotlight: Introitus”