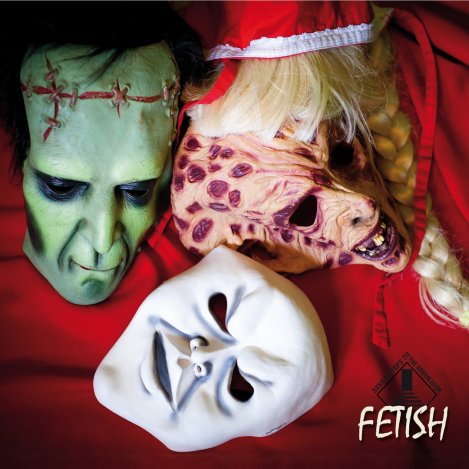 I’ll admit it.  When I opened the package from Progressive Promotions Records (a very underrated label), I was take aback by the cover for an album that I had really been excited to hear.  The new Seven Steps to the Green Door album had finally arrived!  The cover is not particularly alluring and definitely not my cup of tea artistically.  In addition, I was a little weirded out by the title “Fetish”, and the ensuing analysis of the track listing, which includes a song called “PORN!”  Obviously, I considered NOT listening to it for a second.  But, of course, my curiosity got the better of me, and I’m so glad it did.

If you haven’t heard of Seven Steps to the Green Door (SSTTGD), well, now you have.  This is a group playing grassroots, actual progressive music that features nods to the past, but also plenty of new ideas and genre twists.  They are very much at home playing neo-prog one moment and full on progressive metal the next.  Their music is also full of many instruments, such as sax, flute, violin, etc.  Stylistically, they could definitely be compared to Toxic Smile (another band you should check out), which makes sense because they share a member, Marek Arnold.  Anyways, this is a band that’s not afraid to change things up each album or shoot for an organic and full sound, and they have done just that in “Fetish”.

The band currently consists of  Ulf Reinhardt on drums, Marek Arnold on keys and sax,  Martin Schnella on guitars, and Lars Köhler plus Anne Trautmann on vocals.  “Fetish” also includes a few guests, including the amazing Arno Menses (Subsignal) on vocals, Daniel Mash (Machine, UPF, Ex The Tangent) on bass, and Steve Unruh (UPF) in various roles.  If you know anything at all about the progressive scene, some of these names should be popping out at you.  Marek Arnold in particular is a favorite musician of mine, and I will buy anything he’s involved in musically; the same would go for Arno, too. 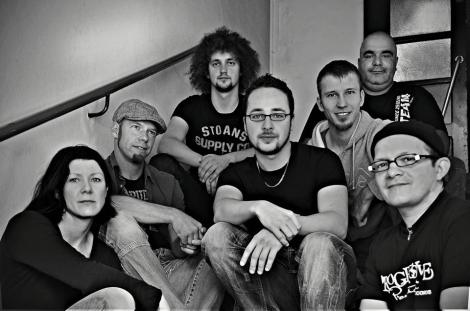 “Fetish” is an album that, in all honesty, could be mistaken for a Gentle Giant record  in the first couple tracks.  Yes, the band has embraced their Gentle Giant influence head on, and they’ve made it all their own.  This album, then, is full of twisting and crazy time signatures, beautifully simple yet complex retro sound, and even some vocals rounds.  Add to that, however, some crushing riffs in some songs, and some gorgeous, simple vocal melodies throughout, and you have an album that is the audible version of candy.  Whether it’s Marek’s incredible keys and even more enjoyable sax, or the vocal harmony between Lars, Anne, and Arno that creates rushing waters of perfectly pitched melody, “Fetish” is chock full of inspiration and keen attention to the music.  The rest of the band are equally as great, too.  Ulf and Daniel create a thriving rhythm section that, appropriately, reminds me of Gentle Giant.  Martin’s guitars, too, are one of the strongest aspects of the album, as some of his solos hit home in an extremely satisfying way.

With all this expertise and talent, the music never gets lost.  The album, for my money, begins with four perfect tracks—one of the best album chunks I’ve heard this year.  Beginning with the intro, moving into the surprising “PORN!”, on to “Still Searching” which has one of my favorite closing moments, and ending with “Inferior” which continues some of the musical themes from the previous track; this group of songs demands attention, and, possibly, a sheepish proghead dance or two.  I confess that the middle of the album is my least favorite, mainly the track “Imprisoned” which is a bit rougher in tone, but “Bound in Chains” and especially “Last Lullaby” bring it back to the top with style and beauty.  The album ends with two great songs, as well, one being a sixteen minute “epic” of sorts that brings all of the album elements—from heavier portions to vocal harmonies—into one final whirlwind.

So, the album has flow and plenty of ideas, and it barely slows down with its charm.  Yes, in some ways, I don’t feel like the music matches the art style of the cover or innards.  I can deal with that.  The album is more or less a concept album that revolves around the destructive nature of sexual addiction, such as pornography, and especially the effect it has on relationships with other people.  It’s honestly a great concept that I can get behind fully, and the high level of quality to the music makes that even easier.  In the end, the art style perfectly matches the concept of revealing the gaudy, sickeningly sweet vomit taste of sexual addiction.

So, you’ve now heard of Seven Steps to the Green Door.  You have no excuse.  Check out their new album “Fetish”, which releases September 11th, but also seek out the rest of their discography.  You won’t be disappointed.