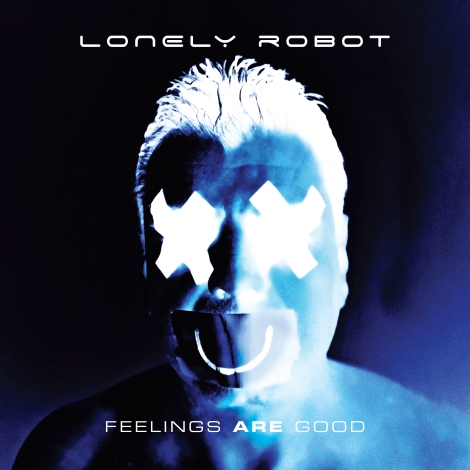 It’s hard to believe it has been 5 years since the Lonely Robot debut.  On the other hand, we’ve gotten four albums in that space of time, so the project has been extremely busy.  The fourth album I mentioned is called “Feelings Are Good”, and it releases on July 17th.  I’m finding that the quality is as high as ever.

John Mitchell is a legendary musician hailing from the UK, and it seems that he is busier than ever right now.  Not only does he have this Lonely Robot album releasing, but a new Frost* album is due later this year, too.  Anyways, John covers guitar, vocals, bass, and keys on this album, and he composed, produced, and mixed it all, too.  Craig Blundell, a legend in his own right, handles drums.

In retrospect, I can’t help but wonder if we have this album because of COVID-19.  John only just released the closing of his Lonely Robot trilogy last year, so I wasn’t expecting anything more for some time. I had actually wondered if John had any more ideas for this particular sound at all.  “Feelings Are Good” does prove to have some slight variations in sound, specifically on a couple tracks that are some of the best he’s made yet. 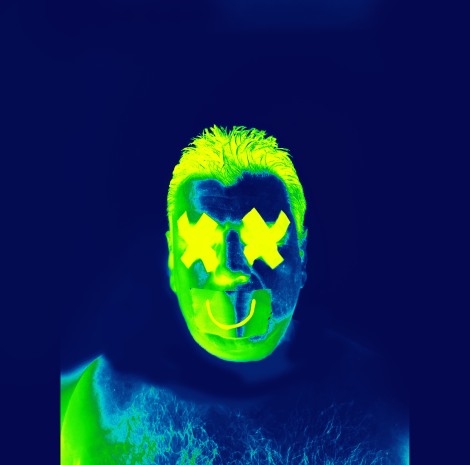 Lonely Robot is typically a progressive rock project that leans heavily on pop sensibility and spacey atmospheres.  While all of that is still present, the album doesn’t feel as spacious or ambient.  Instead, it almost feels a little claustrophobic as John explores emotions and our tendency to keep them locked up inside our hearts.  Still, the melodies are on point, John’s guitars are amazing as always, and that signature smoothness I love so well is completely intact.  This isn’t a melancholy version of Lonely Robot, but it does explore related emotions and spaces.

John released two singles, “Life is a Sine Wave” and “Spiders”.  They are quite different from each other in tone, and I assume that was the point.  The former is bright and energetic, while the latter is suffocating, anxious, and desperate.  I quite like them both, though I find “Spiders” to be more visceral and intimidating.

One thing of note on this album is the inclusion of two “orchestral versions”.  So, the album has normal versions of “Crystalline” and “The Silent Life”, and then two bonus orchestral versions of those songs, too.  Now, earlier this year, Delain included a bonus disc of orchestral versions, but they lacked vocals.  On this album, the orchestra basically just replaces the “rock” sounds.  However, these two songs are my favorites on the album, and I think they may represent John’s vision for the future of Lonely Robot.  I have to say, I would absolutely love an entire album that sounds like they do.

“Crystalline” is a gorgeous song.  It feels cinematic and cautious.  John has some fantastic vocal expressions here, and the lyrics are wonderful. The bright melody that soaks the background of the entire song is memorable, and so the song has a big impact.  The same can be said for “The Silent Life”.  This song is a piano ballad, and John again sounds amazing and emotional.  The song revels in subtlety, and the keys that fade in near the end are worth the wait.  But you know what?  The orchestral versions are even better.  They take everything that I love about the normal versions, and accent those things with elegant orchestrations that almost feel more natural in these songs than the rock instruments.  I love both of these songs.

There are plenty of other great songs here, too.  My other two favorites are “Keeping People as Pets” and “Army of One”.  Both of these songs are what I would call more “eccentric” in style. This is primarily due to some punchy keyboard melodies and themes.   Craig is utilized brilliantly on both tracks, too, with lumbering, powerful fills and a great mix.  “Army of One”, specifically, is a colorful track with some off-kilter melodies and a chorus that sticks in my mind like glue.  John is absolutely on fire on the keys on both of these tracks, I should also mention.

I think “Feelings Are Good” gives us a glimpse at some new ideas for the Lonely Robot project.  John seems refreshed and focused, and you can hear it in his conceptual and structural ideas across the entire record.  This album has perhaps the fieriest moments from this project, as well as some of the most peaceful; meaning that we get a greater dynamic range.  I can’t say it is my favorite Lonely Robot album overall, but I can say that I think that, if John explores these ideas even further, the next one probably will be.