I love a good album of melancholy, understated songs.  In progressive circles, this is often difficult to find because progheads love to throw in crazy time signatures and wild instrumentals.  There are notable exceptions, for sure.  That is why I immediately loved the debut album from A.A. Williams, which releases on July 3rd.  “Forever Blue” is a vulnerable, unnerving album that only gets better with each listen.

A.A. Williams comes to us from London.  She is clearly focused on artistry, even in her photo shoots and cover art.  Her work feels unique, but also familiar in all the right ways.  The line up on this album includes A.A. on vocals and guitars, husband Thomas Williams on bass, and Geoff Holroyde on drums.  Guest vocalists include Johannes Persson and Fredrik Kihlberg of Cult Of Luna, and Tom Fleming (ex-Wild Beasts).  A.A. Williams has been touring substantially already, touring with the likes of Cult Of Luna, Russian Circles, Explosions In The Sky, Nordic Giants, Sisters Of Mercy, and MONO.  Seemingly, A.A. Williams is on her way upwards, if those tour engagements are any indication.

A.A. offers music that is dark and melancholy.  Stylistically, you will hear post-classical and post-rock, but pop, alternative rock, and post-prog are absolutely present here, too.  Many of the songs contain hovering violins and subtle riffing, but true to the post-rock label, some of the songs reach crescendos, though darker and even more metallic than I expected.  The album simply has a good mix of genres, and nothing seems off limits, but gloomy shadows seem to be A.A.’s expressive medium of choice. 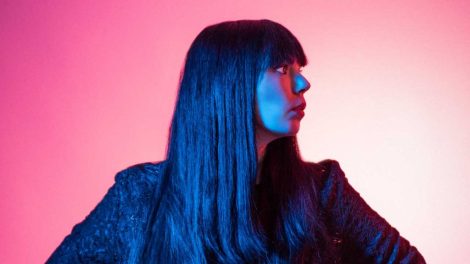 I have found that I am connecting with the lyrical content of “Forever Blue”.  According to the bio, the album is titled after a song that ended up on the cutting room floor, but the title still encapsulated the emotions that stretch across the track list.  The lyrics here are very strong, mulling over the human experience on a very personal level.  But they are more than just depressing or sorrowful; the lyrics are hopeful in a dark way, and I think resolve is a major part of the entire message.  These lyrics represent A.A.’s choice to work through the pain, not just get lost in it.

There are some seriously good tunes on this album.  The singles are “Melt”, “All I Asked For (Was to End It All), and “Love and Pain”.  All three are fantastic.  “Melt” is one of my favorites on the whole album, actually.  It has a certain vibrancy to it that is vividly present through the whole song, and especially in the last few minutes when it launches itself into a wonderful contrast of emotions and rhythms.  “All I Asked For” has a similar structure, but more guitar and possibly more contrast between the first and second halves.  “Love and Pain” conveys similar feelings, and I love the vocals during the triumphant finale.  All three tracks are the type of music that will snatch your heart right out of your chest as you lean into the mounting atmospheres and rich climaxes.

There are three other songs that I want to mention.  “Dirt” is a wonderful song that comes across as a slightly bluesy slow burn.  It is hushed, yet intensely open and honest.  It isn’t as exciting as some of the other songs, but there’s just something haunting about it that I love.  “Fearless” is one of my favorites.  It has a truly ghostly atmosphere, and it even veers into metal territory in the second half with harsh vocals that are simply perfect.  You can really feel the resolve on that track.  “Wait” is another great track that really hits all the right notes.  I love the expressive vocals that stand tall above the music near the end.  It’s a beguiling and heartfelt song.  That said, all of the songs are strong.

A.A. Williams is an artist to watch right now.  She mixes emotions and genres so well that I think she can appeal to all sorts of music lovers.  I think anyone can find something to love here, and each song is exquisitely crafted with such care and texture.  Most of all, it is the potent, emotional atmosphere that keeps me coming back.  I’m excited to see where A.A. will go from here. 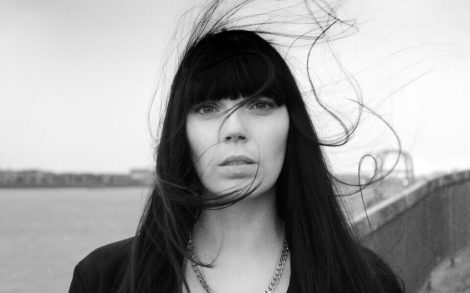