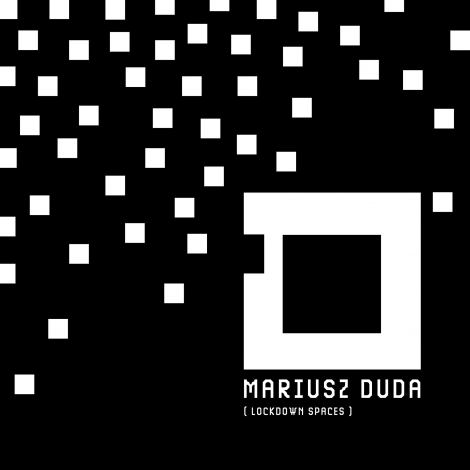 Two thousand twenty has seen plenty of amazing electronic releases thus far, but what I was not expecting was an electronic album by my favorite musician, Mariusz Duda.  I received a message from him last week about this new album called “Lockdown Spaces”, and I immediately knew I would love it (you know how much I love electronic/ambient music).  The album releases today, June 26th, via online streaming services and his Bandcamp page.

Mariusz is getting to the point where he needs no introduction.  He is the lead singer and bassist for Poland’s Riverside, as well as the brains behind Lunatic Soul.  You may also remember him as the vocalist in Meller Gołyźniak Duda.  His expertise and artistry in creating truly remarkable music will hold up to any amount of doubt or questioning, that is certain.  Mariusz is like a modern day Mike Oldfield, in my view, as he makes whatever music he wants, and he doesn’t feel the need to make the exact music his fans expect of him.  That is exactly why I like his music so much.

Mariusz, in my 2019 interview with him, expressed his love for electronic music, such as Tangerine Dream and Vangelis.  He also expressed his love for darker tones, such as with Dead Can Dance.  Additionally, if you follow his Instagram page, you will notice that he loves video games.  With “Lockdown Spaces”, all of these things converge into one seamless, engaging sound.  This is dark, claustrophobic electronica.  It is less cinematic, and more personal and even quirky.  The music is melody forward, but not without textured loops, ambient noises, and a weighty atmosphere.

The music is clearly inspired by video game soundtracks (a huge influence in modern music, maybe more than many people realize), with touches of various influences from the legends of the progressive electronic genre, plus that dark, almost Gothic tone of DCD.  Video game music is at the forefront, though, with bright flashes of sound, catchy little melodies, and something close to an 8-bit tone at times.  This music feels slightly pixelated like that, and I love it.  According to the press release, the music is meant to convey the feelings of being in this worldwide lockdown, and thus you will hear things like running water or even what sounds like whistling.  It’s almost like a musical view of Mariusz’s daily life.

This is, of course, not the first time Mariusz has dabbled in electronic music.  Piotr Grudziński (RIP) and Mariusz had wanted to create an entirely new project called Eye of the Soundscape, but with Piotr’s tragic passing, it turned into a new and amazing Riverside release, along with some bonus electronic tracks the band had been making through their entire existence.  Electronica, then, is ingrained into Mariusz’s heart and hands, and so it should come as no surprise that he would release something like this, especially if you’ve been paying attention to the last couple Lunatic Soul albums.

“Lockdown Spaces” has nine tracks.  Three of them are more like interludes or brief feelings.  Those would be “Waiting”, “Silent Hall” (which Mariusz told me is an ode to Silent Hill), and the album closer “Screensaver”.  All three are as engaging as any other track, but they are shorter and have less frills.  One thing to note is that Mariusz does sing on this album, so you will hear some sparse lyrics and some harmonization, too.  It, in my opinion, makes electronic music even better when Mariusz adds his fantastic voice to it.

Even though I don’t normally do this, I feel like talking about all six of the other tracks, because all of them are wonderful.  “Isolated” is the opener, and it slowly fades in with a wonderful, atmospheric melody that is soon joined by a nice, dirty loop.  It is all about ambiance here, and I tested it out last night in my car.  It was dark and I had all my windows and my moon roof open, and I blasted this song.  It was absolutely immense to hear it like that.  The title track comes next, and is a quirkier song with some 90s sounds that for some reason remind me of the GoldenEye soundtrack.  There is whistling and counting, and it is addictive.  “Thought Invaders” is another great track: it feels like a savory slow burn, almost subversive and quiet in how it hooks you.

My favorite three tracks, and the tracks that feel like the collective centerpiece of the album, are “Bricks”, “Pixel Heart”, and “Unboxing Hope”.  All three are brilliant.  I immediately fell for “Bricks”, with its ambient noises of daily life, xylophone-style sounds, and its immersive arc that ends up in a vocal melody from Mariusz surrounded by so many amazing layers of beautiful, whirling light.  “Pixel Heart” is a pure joy with its layers of loops and atmospheric touches.  I love the way the music feels almost like it is floating about in Mariusz’s home, like a dense layer of introspective thought.  Finally, “Unboxing Hope” might be the unsung hero of the album.  It feels restless and cautious at first, but transitions into a vivid, vibrant melody in the second half that is accompanied by competing melodies that feel like they are rising from the floor.  As the lyrics express, the song feels like a wish for the end of lockdown.

I am so excited that Mariusz is unleashing this side of himself.  We heard it before in Riverside and Lunatic Soul, but this is 100% electronic music, and I know it is something he loves.  He expressed that his solo albums would now probably be electronic in nature, though he will still release singles that encompass whatever genre he wishes.  I, for one, am happy to see him dabbling in one of my favorite genres, as I think it takes great talent and an ear for beauty to make ambient/electronic music that is truly engaging, stimulating, and complex, rather than gimmicky or dull.  This album is certainly and completely the former.