Certain bands are so legendary–so popular–that it can be difficult to be objective when they release a new album.  Katatonia is one such band.  Their much-anticipated new album “City Burials” is set to release on April 24th through Peaceville Records.  I believe fans will be very pleased with this offering.

Katatonia hail from Sweden, and they basically need no introduction.  The band has been inactive of late, even going on hiatus back in 2017.  They have been working behind the scenes, though, and perhaps it was that lack of pressure that helped them create this new album.  The band currently consists of Jonas Renkse on vocals, Anders Nyström and Roger Öjersson on guitars, Niklas Sandin on bass, and Daniel Moilanen on drums.  Returning also is Anders Eriksson on keys.

If you aren’t familiar, Katatonia offer a muted, melancholy progressive rock/metal.  The music is often understated and grey in tone, though there are many moments of blazing power, too.  Their chief tool is that of an evocative, emotional atmosphere, and therein I find their greatest attraction for me.  On this album, the band balances dark and razor-sharp guitars with cold atmospheres and a fantastic vocal performance from Jonas.  Many fans were “worried” after the single “Lacquer” was released, being rather electronic and soft in nature.  Rest assured, this album is mostly heavy and guitar-driven, and you will hear plenty of callbacks to classic metal, and also to their own discography.

For bands of this caliber, it can be tempting to use such quotable quotes as “this is the best album they have ever made” or “this will be the album of the year”, but I’m not in the habit of doing that, not unless I really believe it to be true.  With a back discography like Katatonia’s, such statements really need qualification and sincerity, and many other sites use them in hopes that the band will hit that “share” button.  For me, I have nothing to lose.  I’m going to be honest with you. 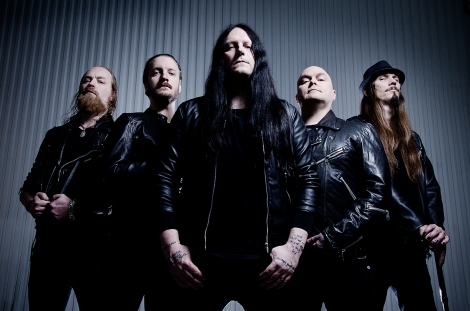 What does that mean?  Let me first say that I really like Katatonia’s concept and sound, but I haven’t ever been a huge fan of their full albums.  There are specific songs by them that I absolutely love and think are masterworks, but I hadn’t found my album to click with completely.  That was my mindset going into “City Burials”.  That was my mindset through the first 2-3 listens, too.  Then, suddenly, something clicked.

That is to say, I think “City Burials” is a wonderful album.  It probably isn’t the band’s greatest, especially from the fans’ perspective, but it is more than solid or even strong.  It has a flow to it that feels like a gravy train, and the music really requires headphones to enjoy completely.  There are so many nuances, small accents, and little twisting vocal hooks that you might not notice on the first few listens, but that become an obsession after you fathom them.  I have found myself connecting with “City Burials” in a way that I haven’t connected with the band in the past.

This album has many highlights.  The singles are “Lacquer” and “Behind the Blood”.  I’m going to go out on a limb here: “Lacquer” will be one of my favorite songs of 2020.  It is haunting, smooth, and so incredibly subtle.  The last half has some amazing vocal hooks that are pure revelation, too.  Now, “Behind the Blood” showcases more of a classic rock vibe in the guitars, and is thus a crunchy, powerful tune.  I enjoy it very much, especially the wild guitar fireworks.

If you are new to my site, you will notice that I don’t like to do full track-by-track reviews.  I find them unnecessarily filled with spoilers and with word service.  So, if I’m skipping a song, that does not mean it isn’t good.  It means that it isn’t a highlight for me.  So, my favorites, besides “Lacquer”, are “Heart Set to Divide”, “The Winter of Our Passing”, “Vanishers”, “Flicker”, and “Untrodden”. 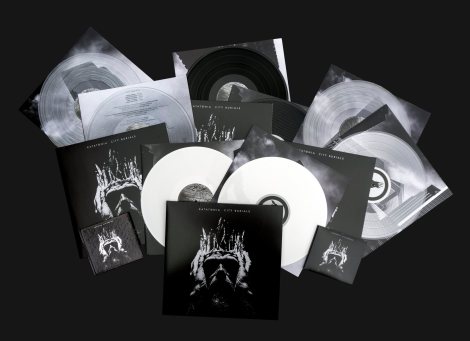 I think the album begins and ends very well.  “Heart Set to Divide” starts out sounding like classic Katatonia.  It is shadowy and whispery, but there are moments of intense guitar work, not to mention a beautiful keyboard atmosphere that very much sounds like orchestration.  “Untrodden” ends the record, and what stands out for me here is a monster guitar solo that breaks out right at the best time.  The album really carries that solo, almost to the very end.  After it all, you feel like the ending has been carefully and cinematically crafted to enhance our satisfaction.

Moments of utter maturity abound on this album, though.  “The Winter of Our Passing” feels electric in the way its beat hits so perfectly, and the chorus might be my favorite on the album.  There is this subtle, but strong vocal hook where Jonas holds back from saying “winter” that gets me every time, and Anders’ keys wash over the entire song to make it feel whole.  Now, “Vanishers” is more akin to “Lacquer” than the heavier stuff.  Jonas duets with Anni Bernhard of the band Full of Keys, and it sounds amazing.  The song is quieter and more ponderous.  Of course, “Flicker” might be my second favorite on the album overall.  It doesn’t have the strongest hook or the biggest solo, but there is something beautiful and hypnotic about it that grabs my attention every time.  Jonas sings the final repeat of the chorus so emotionally that I can’t help but melt a little bit.

“City Burials” is a continuation of the strong Katatonia legacy, and I feel as if this album might represent the band’s purest ambitions most clearly.  While it isn’t an instantly addictive experience, or even a perfect one, you are sure to find many treasures the deeper you delve and the longer you listen.  I know that right now, after hearing this album for a couple weeks, I look forward to hearing it more now than I did at first.  It is certainly an album that will tide over fans for quite some time.