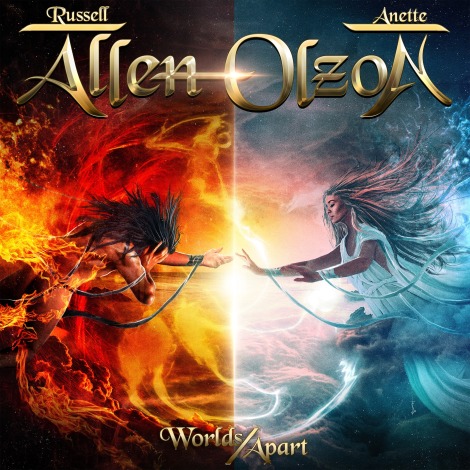 Collaborations are always an exciting event, and some are better than others.  The recent album from superstars Sir Russell Allen and Anette Olzon has proven to be a beautiful experience in my eyes.  The album is called “Worlds Apart”, and it was released on March 6th through Frontiers Music.

Neither of these artists needs much of an introduction.  Anette is the former singer for Nightwish, and she is the current vocalist for The Dark Element and Alyson Avenue.  Russell is the legendary vocalist for Symphony X and Adrenaline Mob, not to mention many other projects. Both of these musicians are major players in the symphonic/progressive metal sphere, and seeing them together was actually something of a shock to me.  On this album, you will also hear Magnus Karlsson on guitars, bass, and keys, as well as Anders Köllerfors on drums. Those two musicians might be the unsung heroes of the record, actually.

Fans of progressive metal will vividly remember the four Allen-Lande collaborative albums that were released between 2005 and 2014.  They also were released through Frontiers Music and Magnus was also the guitarist. Lande apparently decided last year that he would not be returning, and so a new project was formed. 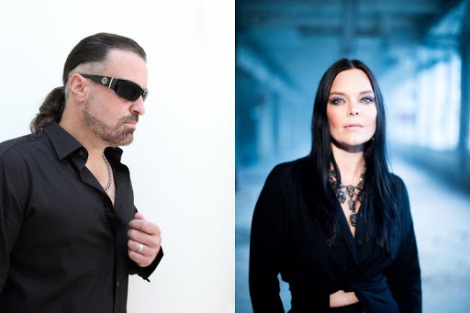 The music here is progressive/symphonic metal, complete with giant riffs, majestic keyboards, and catchy choruses.  This isn’t anything new, and it doesn’t have to be. The entire point of this album is to put two legends together, and it succeeds at that indubitably.  I do have to say, though, that Magnus’ guitars are flawless, giving us huge and meaty walls of riffs that are strangely satisfying. His keys are incredibly orchestral in style, too, meaning that they give the album this towering, hyper-melodic sound.  Anders, then, gives us the oomph and thunder that completes the sound, as his drums roll and break with perfect execution.

For my two cents, this album is better than anything done under Allen-Lande.  I think it might be the contrast between Allen and Olzon’s voices, which makes the album feel much more diverse and exciting.  With Allen and Lande, I always felt that it could have just been an individual solo outing for one of them since their voices are pretty similar.  I would also point out that both singers sound amazing here, as if they are still in their respective primes. Since I am a big fan of “melodic” Allen, this album is like a treasure trove for me because he never breaks that smooth, gravy tone I love so well.

There seems to be a story or concept at work here, but I’m not entirely sure what it is.  The basic themes are love in the midst of turmoil, and also lovers separated by that turmoil.  It reminds me instantly of Evergrey’s “The Storm Within” with its desperate, longing emotions, but this album never reaches that kind of inner battle.  Still, the concept works well with the singers we have, but I can’t help but wonder whether or not this concept was already in the works when Lande stepped down.

The singles are “Never Die”, “Worlds Apart”, and “What If I Live”.  If you like these singles, you will be entranced by the entire record.  It’s that simple. I particularly like Allen’s “Never Die”, the opener, for its rush of cinema, power, and melody, plus its great chorus.  “Worlds Apart” is appropriately sung by both vocalists; and it, too, is a chugging, satisfying song. I would say that it is heavier on guitar than the other singles, though.

I also really like “I’ll Never Leave You”, “One More Chance”, “Who’s Going to Stop Me Now?”.  The former is heavier than most of the album, but Anette’s voice breaks through that with serenity and strength.  “One More Chance” feels particularly cinematic in approach, especially with its grand opening. Anette fronts that song, too.  “Who’s Going to Stop Me Now?” is the album closer; and, while it isn’t some sort of epic, it does give us this sense of fiery determination combined with what I would call pop groove.  It has more style than the rest of the record.

The entire collaboration is a success, though.  Allen and Olzon sound great, every single song is solid at the very least, and the sonic diversity is greater than on Allen-Lande’s offerings.  Lande might have done Allen a favor by choosing to exit the project, and I think we are all the better for it as well. It would interesting to see this Allen/Olzon project move forward, maybe trying some more novel sounds.  For what we have here, fans of Symphony X and Nightwish should all be pleased.