There is a certain brand of progressive rock out there that is hit or miss for me.  This style of prog is quite pastoral, theatrical, and even a bit cheesy.  There are, however, some artists that might identify with that community that I believe rise completely above it.  One of those artists is John Holden.  His new album “Rise and Fall” was set to be released on February 29th, but it seems that the release date was moved to the 22nd, so you can go hear this album right now, actually.

John hails from the UK.  His solo albums are a grand project featuring many guests, concepts, and movements.  On this particular album, you will find him handling guitars, bass, keyboards, and programming himself.  Guests include: Jon Camp (bass), Zaid Crowe (guitar), Oliver Day (guitar), Emily Dolan Davies (percussion), Nick D’Virgilio (drums), Simon Fitzpatrick (bass), Vikram Shankar (piano and keys), Michel St. Pere (guitar), Billy Sherwood (bass), and Oliver Wakeman (piano and keys).  That is a huge lineup, and I’m sure you recognize at least a few of those musicians.

Just as he recruits musicians, John also recruits vocalists.  These voices are the core of his album, and so he chooses them carefully.  You will hear Joe Payne (ex-The Enid and That Joe Payne) return, as he was so good on John’s last album “Capture Light”.  You will also hear Peter Jones (Tiger Moth Tales, and also provides recorder and whistles), Lauren Nolan (Our Destiny), and Jean Pageau (Mystery). 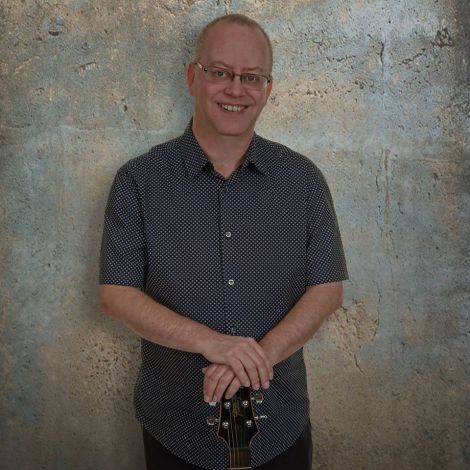 John plays a classic progressive rock, though I would say that he also experiments with darker, more emotional styles, too.  He reminds me greatly of Steve Hackett’s solo career, as he manages to write songs about important events or persons, and does so with historical grace and noticeable class.  You will hear plenty of elegant guitar and keyboard solos, but the stories and messages in John’s music are the real foundation, along with the amazing vocal performances.

Now, I have two perspectives on “Rise and Fall”.  Forgive me, John, if this feels a little out there.  On one hand, this album is very uplifting and executed with absolute class.  It is a nice album, almost too nice in some ways.  While some grit comes in from time to time, the album almost feels like it were written for the stage, which isn’t a bad thing, but the results come across as sugary sweet, albeit beautifully so.  I wouldn’t call it cheesy, as so many similar albums can be, but I would say that it might just be too syrupy for some people’s liking.  Still, John needs to create music that panders to himself, not fans.

On the other hand, this album does hum with a burgeoning life of nameless origins.  You can feel it pulsate with energy and rhythm, and the incredibly gorgeous melodies feel like the sweet fruit of a towering tree of life.  So, sometimes, that bit of sugary sweetness may appear, but in context it tastes so very good, and I believe John balances things attractively.

My mind often switches between these perspectives completely on the fly while I’m listening to this album, and I suppose that is an admirable thing: the ability to create such a diversity of reaction.  The lyrics on the album speak of historical figures, such as a monk named Eilmer in the 11th century who desperately wanted to fly.  He ended up mangled from his attempts, but his spirit near quivered.  We also learn of more contemporary figures, such as Khaled al-Asaad, the Head of Antiquities for the ruins of the ancient Syrian city of Palmyra.  He was brutally murdered when rioters demanded that he divulge the location of ancient artifacts he had hidden.  As you can see, John addresses subjects that can be dark, but somehow injects hope into them. 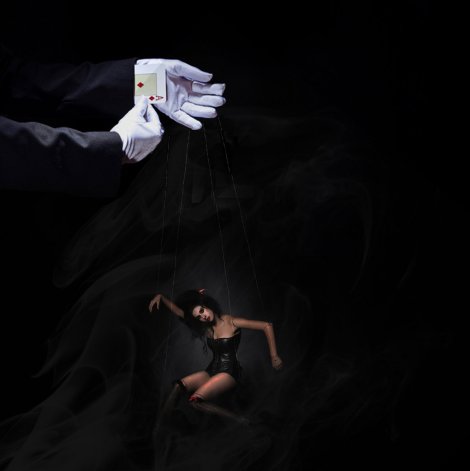 “Rise and Fall” seems to be communicating a message of hope overall, even in the midst of horrific circumstances or personal battles.  You will hear songs about balancing personal addiction with love for another, escape from storms in your life, and even love.  The general concept, then, is a look at our beautiful lives, including the dark hours, but also the times of freedom and passion.  It is an emotional experience, for sure, and John’s writing is as excellent as ever.

The album seems to have a stronger second half, in my opinion.   While “Leap of Faith” and “Rise and Fall” are especially good in the first half, it is “Dark Arts”, the shadowy rocking track, that really kicks this album into gear.  “Heretic” follows with feelings of bewilderment, courage, and eventual hope.  That track has a fantastic guitar solo from Oliver Day.  “After the Storm” takes things even further, with an airy and emotional song of freedom and light.  I really enjoy Sally’s vocals on that one.  And, of course, the album ends with a bang with “Ancestors and Satellites”, a fascinating track that examines humanity’s history and progress, and that looks forward to grand tomorrows.  The purity of the vocals along with the deliberate movement of the orchestrations really make this album closer come to life.

John Holden knows what he’s doing.  “Rise and Fall” is a bit darker than “Capture Light”, and the writing is just as strong.  With grand orchestrations, sweeping keys, emotional solos, and perfect vocals, this album stands tall among the others of its subgenre.  I hope you will give it a chance.