In the last couple years, we have seen several progressive bands come surging back with wonderful results.  It always feels satisfying when a band can do that.  The latest classic band to return is Psychotic Waltz.  Their new album “The God-Shaped Void” releases on February 14th through Inside Out music.

The story of Psychotic Waltz is long and complex.  In some ways, I feel like they would have become one of the biggest names in progressive metal if their path had been a bit easier.  Originally called Aslan, they released their first album as Psychotic Waltz in 1990.  They released four albums in the 1990s before becoming embroiled in a lawsuit and overall just losing steam.  They did tour with Nevermore and Symphony X about 10 years ago, but this new album is their first actual studio album in over 20 years.  The current lineup includes: Devon Graves on vocals and flute; Dan Rock on guitars and keys; Brian McAlpin on lead guitar; Ward Evans on bass; and Norman Leggio on drums.  So far as I can tell, this is the complete original lineup from the late 80s.

Psychotic Waltz plays progressive metal, and while it can be technical, it never feels as overtly complex as other bands of that era, like Dream Theater or Symphony X.  No, Psychotic Waltz makes music that is more about evoking dark moods, eerie textures, and hushed emotions, much of which is created by harnessing Dan’s chilling keys and Devon’s darkly whimsical flute.  Devon himself created the band Deadsoul Tribe in the 2000s, and you will hear some of the same haunting vocals, darkened thoughts, and abstract concepts here.  In that way, Psychotic Waltz almost feels more ritualistic than bombastic.

Being open and honest here, I am a huge fan of Devon Graves.  His voice is unique, though I would point to Warrel Dane (RIP) of Nevermore as a possible touchstone for Devon’s style.  Of course, Devon is able to alter his tone to match the emotions he is conveying, so his voice passes through various shades and styles.  As a big fan of Devon’s voice, this album was always going to connect with me on some level.  And he does not disappoint at all.  His vocals are as powerful and unsettling as ever.

I am very impressed with the overall performances on this album, too.  While Devon’s voice is the highlight for me, Dan and Brian lay down some incredibly heavy riffs that stick in my memory.  Dan’s keys might even be more striking, though, and I think one of the greatest parts of the album overall.  His keys are haunting and surging, lingering on my mind even in the midst of a wall of riffs, and the way they interact with Devon’s flute is just so lush and life-giving.  They add a character to the music that is vital.  I should also mention, though, that Ward and Norman’s rhythm section is rock solid, and I especially love the sound of the drums as they feel imminent and immediate.

With “The God-Shaped Void”, the band has created an album that emanates darkness and spine-tingling moments.  The lyrics discuss the human condition, especially in relation to religion and progress.  These concepts are conveyed through hair-raising atmospheres, hauntingly magnificent vocals, and hefty moments of metallic brilliance.  The album really does possess a wonderful balance between disturbing auras and mechanical genius. 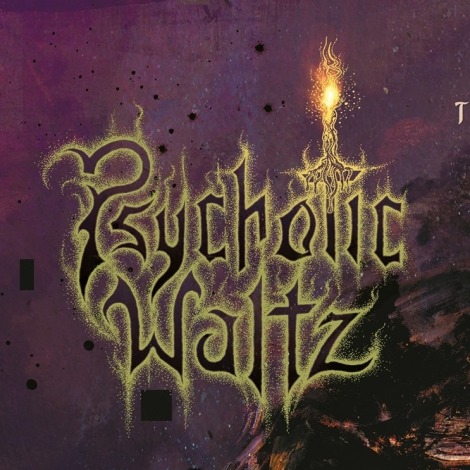 Being open and honest once more, when I first heard the single “All the Bad Men”, I was instantly disappointed.  The music sounded somewhat hammy, especially the lyrics.  However, when I heard the second single “Devils and Angels”, I fell in love immediately.  The former feels more like straightforward metal, and the phrase “bad men” is uttered incessantly.  After listening to it a dozen times, though, I realized that I actually really like it, especially the pealing, gravy guitar work.  Now, “Devils and Angels” is amazing from start to finish.  It is evocative and dark, and the chorus has a keen melody that I love.

I realized that my favorites on the album were all more like “Devils and Angels”, then.  Songs like “Stranded” and “The Fallen” are more like “All the Bad Men” in their metallic glory, and they are great songs, for sure.  But songs like “While the Spiders Spin” and “Sisters of the Dawn” are more abstract, poignant, and chilling, and I cannot get enough of them.  “Sisters of the Dawn”, specifically, is my favorite song on the album.  It feels massive in scale, but in an unnerving sense.  The second half is quite atmospheric with piercing keys that churn and surge, pushing the song into a soaring climax.

Psychotic Waltz are back, and let’s hope for good.  They haven’t missed a step, and that is evident in the quality of their song-writing.  “The God-Shaped Void” is ethereal and heavy, not to mention thoughtful, and Devon’s signature unnerving style is on full display.  I really couldn’t ask for more than the band has given here.