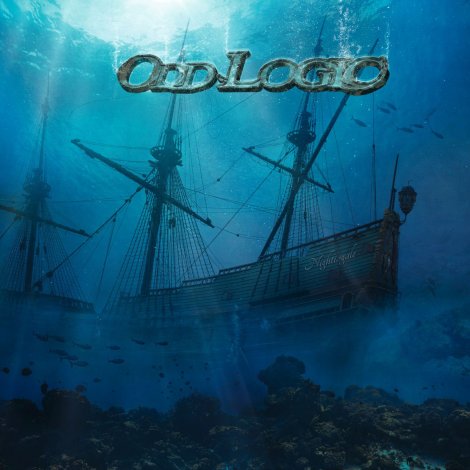 Even in the sea of highly anticipated releases this time of year, there are some smaller prog bands that still manage to stand out with the quality of music they release.  Releasing the same weekend as the new Opeth album, Odd Logic’s “Last Watch of the Nightingale” is one of those albums that will absolutely refuse to be lost in the shuffle.  The album releases on September 28th, and it is worth every ounce of your time.

Odd Logic hails from Washington State, USA.  They have never really had a stable lineup, unfortunately.  When I first starting listening to them in 2016 with “Penny for Your Thoughts”, only one member was active on that album.  In 2017, they released “Effigy” with their full lineup, but here again on “Last Watch of the Nightingale”, we only have two members present.  Those members would be Sean Thompson on guitar, bass, keys, and vocals, and also Pete Hansonon drums and gutturals. Though they are only two strong, that is plenty to make an album of the highest quality.

Odd Logic is one of those bands that always seems to have a certain sound that you instantly recognize, but every album is also quite different.  The band plays progressive metal, but they visit various subgenres of metal on various albums. “Penny for Your Thoughts” had some straight pop songs on it, while “Effigy” toyed with thrash quite a bit.  The band certainly knows how to write good songs, pure and simple, no matter the style.

For this album, the band has crafted what may be their best sound yet.  It is somewhat difficult to describe, though. The real stars of the show are the guitars and drums.  Sean utilizes lots of hanging, mournful guitar notes that really set the mood, as if you were underwater, or as if you were lifting your head towards the heavens.  The guitars create such an immense and palpable atmosphere that you really won’t want the songs to end. Peter’s drums are not outdone, though. He offers absolutely breath-taking fills and unique beats that feel powerful and almost like he is in the room with you.  The whole mix on this album is near perfection, and the guitars and drums especially make use of that.

Sean offers the main vocals here, and he impresses yet again.  His voice is really becoming one of my favorites, and he sounds like absolutely no one else most of the time.  He has the ability to be smooth as ice, or piercingly powerful. I will say, though, that he really channels early James LaBrie on “Boundary Division”, reminding me of “Wait for Sleep”, “Surrounded”, or any of the Images and Words album.  Peter’s gutturals aren’t present on most of the album, mainly just on the beautifully dark “Of the Nightingale”, but they are blackened and deep, just the way I like them.  The album concept is one of love and loss, of serenity and sorrow. The fate of the Nightingale, perhaps metaphorical for the human heart or the human condition, is one of high seas adventure, but also sinking to the depths.  Sean and Peter do an admirable job conveying all of this emotion.

Bands can have all the style and influences in the world, but their albums will still stink if they can’t write good songs.  That is what impresses me so much about this album. Sean and Peter have really put together some songs that hit extremely hard at times, with riffs that will absolutely make your jaw hit the floor, while also writing some guitar licks that will draw you into the deep blue trance of the ocean depths.  I love the way a new guitar line will fade in at just the right moment to take a song to whole new places. The structuring and catchy writing are simply masterful here.

Two of the songs are instrumental, “Last Watch” and “Sorrow”.  The former gets the album moving with technical fireworks. The latter impresses more with mood and a rising tide of uncertainty near the end that sounds amazing.  One of the songs is actually a 23 minute epic called “Boundary Division”, and it definitely does not feel any longer than 10-12 minutes. The reason for this is because of the transitions between heavy and gentle, and the skillful writing.

My favorite songs are “Garden of Thorns”, “Absence”, and “Chance of Gods”.  These three songs happen to be right in a row on the album, too. “Garden of Thorns” was the single that we premiered recently, and it still sounds fantastic.  The effervescent guitar lick that is embedded into the heart of this song stays with me all day, and Sean’s gravy vocals are equally impressive, being shadowy and gentle here.  Now, “Absence” charges along with more energy, and it feels a bit more straightforward than the rest of the album, and that is exactly what is needed at this point. “Chance of Gods”, though, starts out more ambient and subdued before exploding into a grand chorus, and then into a fantastic second half rife with choirs and atmosphere played directly up against some monster riffs.

Odd Logic continues to get better, despite doing all of this in their spare time.  “Last Watch of the Nightingale” is a human, emotional album on one hand, and a majestic mountain of metal on the other.  There is just no denying the impact and power of the almighty riff here, but the band manages not to lean on it too much, offering plenty of nuance and melody, too.  Any progressive metal fan should have this album on their radar.