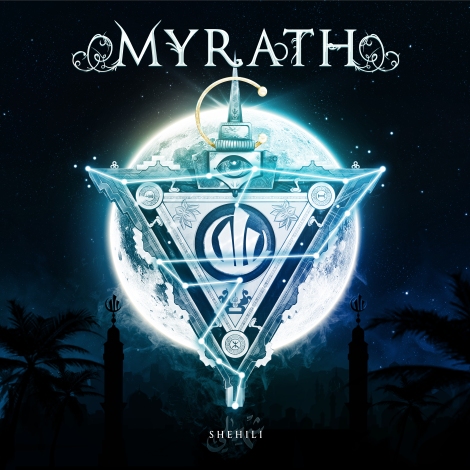 I’ve been listening to Myrath since the release of “Desert Call” back in 2010, and I’ve seen them morph from a unique version of Symphony X or Dream Theater into a truly original band that loves their country and is not afraid to incorporate that love into their music heavily.  On top of that, they really know how to write an addictive song.  Their new album, called “Shehili”, releases on May 3rd through earMUSIC.

Myrath hails from Tunisia, and the band consists of Zaher Zorgati on vocals, Malek Ben Arbia on guitars, Anis Jouini on bass, Elyes Bouchoucha on keys, and Morgan Berthet on drums.  You will notice right away that these musicians are highly skilled, providing jaw-dropping performances.  However, their technical ability never overtakes their desire to write beautiful and memorable music.

Myrath have basically grafted progressive metal into their Tunisian folk melodies.  Many times, they will appear to be more like symphonic metal, such as Kamelot, but that is because the band is oftentimes quite theatrical in presentation.  They aren’t afraid to be expressive and over the top, while laying down some mean riffs and insane instrumentals at the same time.  Their vocal melodies come across as poetic and thoughtful, as well, and so the band just has the potential to create masterworks again and again.

“Shehili”, for my money, is one of the best albums the band has created yet.  While I will always have an affinity for “Tales of the Sands”, the album where they really found themselves, “Shehili” is even catchier, more varied, and absolutely rocks in all the appropriate spots.  I’ve found myself singing along with literally every song on the album.  They are all remarkable, and that’s a difficult thing to accomplish.  So, while being progressive and complex, the album revels in the band’s heritage, and does so without overly long songs or pretention. 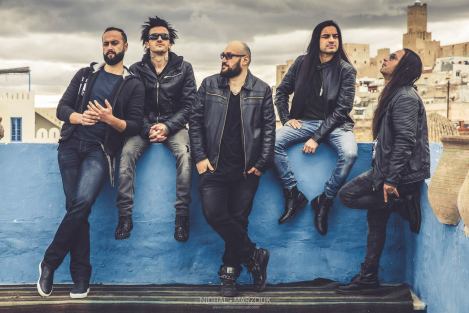 I don’t have the room to talk about all the songs on the album here, so songs like “Born to Survive”, “Lili Twil”, and “Mersal” won’t be discussed, but they are all wonderful.  Certain songs on the album have instant appeal.  “You’ve Lost Yourself” is poetic and emotional, and the chorus is definitely going to stay with you.  “Wicked Dice” feels vicious and razor sharp, and if you don’t snarl your lip while you hear it, I don’t know what is wrong with you.  “No Holding Back” is one of the singles, and it focuses more on folkish melodies.  It is, however, one of the most addictive songs on the album, too.  I love the rising, fomenting piano melody near the end.  The title track ends the album with an emotional vocal performance from Zaher, and really closes the book in perfect fashion.

Some of the songs, though, really stand tall.  “Dance” was the first single and is one of my favorite songs of the year.  The video is definitely outlandish, but the song itself is powerful, grand, and totally unforgettable.  My kids absolutely love this song, and you should see the sweet dance my little 5 year old son Atlas does as soon as he hears that foreboding intro.  “Monster in My Closet” is somewhat haunting and atmospheric.  It dabbles with electronic accents while also having such a great chorus.

Now, “Stardust” battles “Dance” as my favorite song on the album.  This song has a burning electronic edge to it, but is also quite ethereal and almost desperate in emotion.  Finally, I have to admit that “Darkness Arise” is a very surprising song.  It is just as catchy as the rest of the album, but it melds some heavier riffs with some 90s sounds and even a mellotron solo.  It’s really interesting and fun to hear.

“Shehili” is just an awesome album from every angle.  You will lose yourself in the melodies, and find more and more complexity every time you listen.  It’s not a long album, at about 45 minutes in length, but you will want to start it over again immediately.  Myrath are back and running on all cylinders.