Back in 2017, I was honored to review the debut album from Smalltape, the solo project from German sound designer Philipp Nespital.  I was definitely impressed.  Philipp is back with another project, this one an actual band called Mt. Amber.  Their debut, called “Another Moon”, releases on the 5th of April, and it is yet another fantastic offering from this musician.

Mt. Amber hails from Berlin.  The band consists of Philipp on vocals, drums, and keys; Alexandra Praet on vocals and bass; Christopher Zitterbart on vocals and guitars; and Josip Duvnjak on keys.  These four musicians play in such sync with each other, and their vision really does seem to be the same.

The music here is progressive rock, only with indie and pop references to some degree.  The instrumentation is gloriously performed, as expected, and the little rabbit trail instrumentals that the band produces are always worth the chase.  You will hear loads of melody and harmony from the three singers, but also some surprisingly technical drumming, electronic overlays, deft guitar work, and a great amount of maturity and musical space.  This band knows how to write music and write it well.

I could go on for quite a while about the sound design here.  As I said, Philipp is a sound design artist by trade, and so all of his releases sound amazing, from the immediacy of the beats to the mix of the instruments.  But it’s more than that, too.  His sound design makes an album feel like an event, like an artistic experience.  Much of that careful attention to detail makes its way into the actual composition of the music, too. 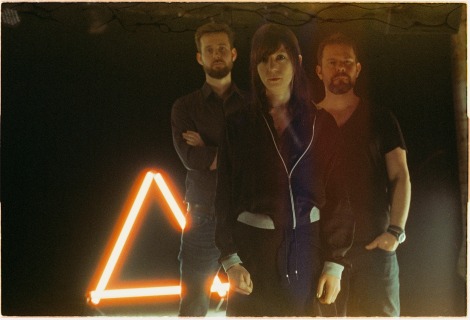 The centerpiece of the album is the seven track title suite.  It is evocative, atmospheric, and lush from beginning to end.  It features more acoustic guitar than the other songs, though you will hear high strung electric musings in the background to set the tone.  It almost feels like being underwater, yet in outer space at the same time.  Electronic loops make a significant appearance, as well, and there are definitely some retro 70s vibes here and there.  You’ll hear moments of bombast and moments of haunting texture: You’ll get caught up in the glow and aura of some truly serene portions, but then launch into an acoustic ballad the next.  All in all, this suite is anything but your typical prog epic, and it’s all the better for it.  Honestly, at times, I’m almost reminded of Sound of Contact, and that’s a very good thing.

The rest of the songs are just as strong.  “All We Are” is a very strong opener.  It features a great mix of hefty guitars and electronic atmosphere, and it progresses into a wonderful vocal harmony that makes use of the space they’ve created.  “Amok” is one of those songs that starts just a little bit on the weak song, but then explodes into harmony and instrumental fireworks.  “Stay” is the only possible way to end such an album.  It is eerie and spacious, reminiscent of Incubus’ “Aqueous Transmission” at times.  It is a fantastic and emotional ending to a fabulous album.

Overall, Mt. Amber have a wonderful debut on their hands.  You can tell these musicians are seasoned to some degree, and their maturity shines through in the composition and vocal harmonies, especially.  The entire album is punctuated with melody and balance.  “Another Moon” is a lush experience that is a real treat to hear.