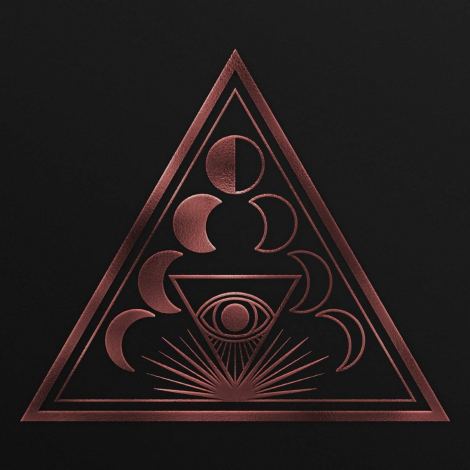 The first time I listened to “The Drapery Falls” by Opeth, the incredible drumming was one of the first things I noticed. The extremely talented Martin Lopez, as you may know, has gone on to form the band Soen. The band has undergone several lineup changes, but now consists of Lopez, Willowtree singer Joel Ekelöf, jazz keyboardist and guitarist Lars Ahlund, bassist Stefan Stenberg, and guitarist Cody Ford.

What kind of band is Soen? The first band that came to mind when I heard them was Porcupine Tree, although they are much less melancholy in their approach. They have that kind of feel in their tone. They also evoke Tool and A Perfect Circle (partially in their music, and partially because Ekelöf sounds a lot like Maynard James Keenan). They are heavy, but very melodic, and their skillful arrangements betray a strong knowledge of music theory. My year in music is off with a bang, as this album is incredible!

“Opponent” kicks off the album with an awesome riff before shifting into the melody, which is sung over an awesome bass and drum groove. After a heavy first half, the song features a keyboard-based variation on the original melody and a Gilmour-esque guitar solo. “Lascivious” is funkier and more soft-spoken, and it has a mind-blowing bassline! The chords are very jazzy and have something of an ominous tone. It’s a very programatic, Orbison-esque piece in that it doesn’t follow a standard verse-chorus-verse form. It does more in five minutes than many prog songs can do in ten! “Martyrs” is the heaviest track on the record, and features an awesome keyboard-based interlude.

The title track, “Lotus,” marks a noticeable change in pace. Its melody is one of the best on the album, and Ford’s guitar work is prominently featured. It reminds me of one of my favorite bands, King Crimson, but with a more modern feel. As of this writing, “Lotus” is my favorite track! “Covenant” has some funky modern synthesizer sounds as well as an incredible bass tone. Stenberg’s bassline is not exceptionally difficult, but the way he plays it and the tone he gets out of his instrument and his amp makes all the difference. (Think “And You And I” by Yes.) “Penance” begins with some smooth, atmospheric synthesizer chords and an incredible drum fill. The melody is based on some very unusual, yet satisfying, intervals. It sounds very Latin and reminds me of late-70s Steely Dan. (I am probably the only person who listens to this song and thinks of Steely Dan, but if you listen to “Babylon Sisters” or “Gaslighting Abbie,” you might catch my drift here.) 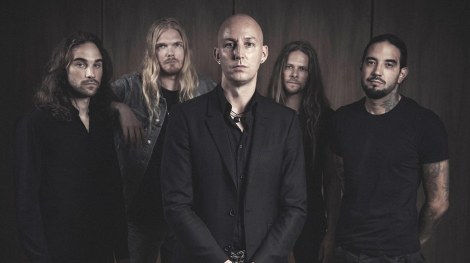 “River” begins as the slowest and most atmospheric song on the album, and the gorgeous melody is supplemented with Mellotron waves and acoustic guitar strums. It ends with some falsetto vocals, a rarity on this album. Unfortunately, I’m not really a huge fan of the falsetto. “Rival” has an insane riff and some of the most technical drum fills on the album. It’s probably the closest thing on Lotus to mainstream 21st-century prog metal. “Lunacy” is the album’s last track and, in a manner of speaking, its “epic”; clocking in at just around 8 minutes. The beginning and the end are high-quality progressive metal; unfortunately, there’s this atmospheric section in the middle where nothing happens for way too long. This one could have been trimmed down to five or six minutes, if you ask me.

The main thing that sticks out to me about Lotus is the attention to detail. Soen is one band which never overplays or shows off, as far too many prog metal bands do, but the notes they do play are very intentionally placed. As heavy metal goes, this is very mature and intelligent music! Soen has grown substantially since their career begun and Lotus is the product of growth and experience.

Another thing that stands out is the mix and production. While it is a little louder than I would like, the tone is amazing! One can hear the individual instruments, musicians and takes on every measure. The guitar is not too loud (and the guitar is always too loud on prog metal albums). The drums are perfectly recorded. And the bass tone-have I mentioned the bass tone yet? It has an awesome distortion and a great blend of treble and bass. (Think of the bass tone on Steven Wilson and Porcupine Tree albums.) Stenberg’s performance is one of the best I’ve heard in a while, so it’s nice that you can actually hear him!

In short, this album has set a high bar for the rest of 2019. Soen has produced a well-written, well-made record that will be hard to top.