I have received at least a dozen EPs for review over the last month or so.  I don’t normally write full reviews for EPs, though there are some exceptions, but I felt compelled to write at least a little about these new releases because some of them are quite good.  This post here is the first of two EP battles.  The second one will release in December sometime.  Read on to find out more about Epiphany, Connor Kaminski, and Rainless.

I’m going to avoid doing the typical mini reviews for these EPs.  Instead, this is going to be one review that covers all three releases.  One reason for this is the fact that all three EPs utilize a more modern progressive metal approach to their basic sound, and all three EPS are instrumental only.  However, there are differences that start to emerge from there, and they each feature varying levels of polyrhythms and technicality. 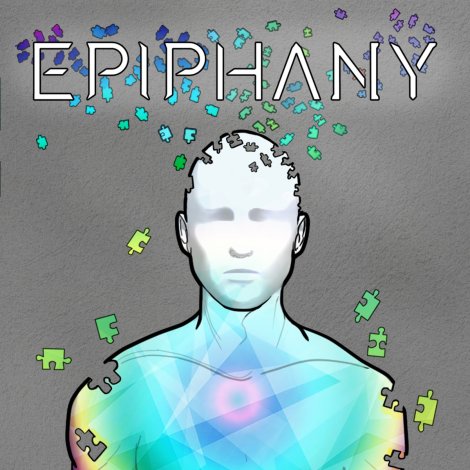 I started listening to Epiphany first out of these three, and I noticed a progressive of maturity and memorability as I transitioned from each release to the next.  Epiphany leans more into the djent than the other EPs, though it also contains more delicate acoustic guitar than the others, too.  It doesn’t offer all that much space to breathe sometimes, which I can handle, but it does make it less memorable for me personally.  The band does seem to attempt to inject some atmosphere and melody into the music, but the melodies never quite feel inspired, and they flow right out my other ear, if you know what I mean.

Connor’s music came next, and is a bit more purposeful and colorful.  The music is spacious and well composed, obviously showing a great amount of thought.  His determined guitar licks remind me of Plini’s careful and refined hand, which is one of the biggest compliments I can pay anyone.  If anything, I would say that some of Connor’s songs are a bit too short, as they seem to end right when the song feels like it is reaching maturity.

I heard Rainless last, and I noticed immediately that it leans more into an alternative rock/metal direction.  The music feels raw and powerful, conveying more emotion than technical prowess (though that is there, too).  It drives and twists and turns, and is honestly unrelenting, but never feels overbearing, pretentious, or overly technical.  There is just more weight here, in my opinion.

All three EPs have some great songs, though.  For Epiphany, I found “Liars Lullaby” to be the most interesting track; feeling strange, exquisite, and mysterious.  “Acceptance” is also a beautiful track, but is definitely more cinematic and orchestral.  For Connor, three tracks stood out immediately.  “Bravura” has a beautifully layered melody, and “Hyperventilate” has a great sense of groove and presence.  Soumnium, however, is the most mature and gracious song on this EP.  It has a bit of jazz in addition to the well-phrased guitars and beautiful atmosphere.

Rainless offers four tracks that blend together so well that it’s difficult to label stand out moments.  It truly is a blurry of emotion and energy.  I would say, however, that “Ashes” really does it for me.  It is a driving, distorted track with plenty of build up that breaks wide open near the end.  “Inpatient” ends the EP with undeniable rhythm and nightfall.  I absolutely love the amazing guitars that break the darkness in the “chorus”.

In the end, I want to hear more of what Rainless produces more than I do the others.  Rainless knows how to produce satisfying music, from both technical and emotional standpoints.  It’s that simple.  Connor offers the colorful beauty of artists like Plini or Sithu Aye, and I can see him really producing a masterwork someday.  Epiphany has some growing to do, and I have no doubt that they will, and there are moments of brilliance scattered throughout their release.  All three of these bands deserve some love from our community, so take a look.