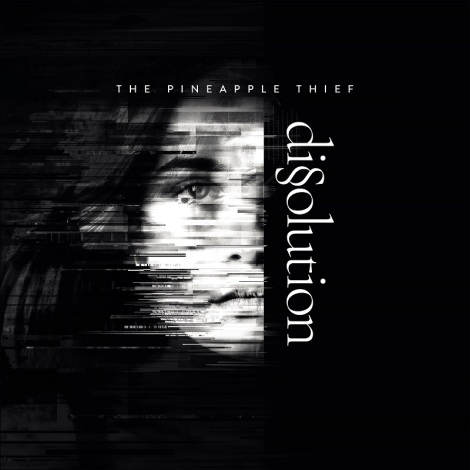 Bear with me for a moment.  I recently bought a car.  Before I purchased the one I have now, I found a different version of it at another local shop: It was perfect in every single way.  It promised an amazing future with lots of features, low mileage, and pretty much everything I wanted in that car.  It was the version I had always wanted.  I showed up at the shop, and the saleswoman said that it had been sold the night before, even though she had told me an hour earlier that it was still there.  What do we call that?  We call that a “bait and switch”, and I really hate that type of thing.

What does that have to do with The Pineapple Thief?  Their new album, called “Dissolution”, is releasing on August 31st, and I can’t help but feel like I did after the car situation.  After 2016’s “Your Wilderness”, we were promised a fantastic future for TPT.  Holy cow, they got Gavin Harrison onboard!  Gavin makes everything better!!!  Is this the resurrection of Porcupine Tree?  Hell, Kscope is even calling TPT “the UK’s future art rock stars” for some reason, as if they haven’t been around since 1999 or so.  After “Your Wilderness”, I actually believed all this hype, too.  TPT had just come off the mediocre “Magnolia”, and so the new album was exciting, progressive, and probably the best thing they’ve ever produced.  And there was Gavin!  And he saw what he had created, and, behold, it was very good.

But, after hearing the first single off “Dissolution”, I was surprised at how bland it really was.  Was this even the same lineup?  Another question: Why did they edit the 4 minute “Try As I Might” down to 3 minutes to release as a single?  What gives?  Unfortunately, that attitude is apparent all over this album, and so I was afraid for the results.  It turns out that I was correct in my worry, though not completely.

The Pineapple Thief really needs no introduction.  The band right now consists of Bruce Soord on vocals and guitars, Jon Sykes on bass, and Steve Kitch on keys; with the legendary Gavin Harrison on drums (now part of the band, according to the promo kit).  Despite the lineup being the same as on the previous album, I feel that this album just lacks spark and energy, contrary to Kscope’s claim that it “pulses with charged emotion”.  Every song sounds the same, and the roaring progressive rock from “Your Wilderness” has been tempered down quite a bit in favor of a more atmospheric, uneventful approach.  Almost every song seems to be building to something, but then that something never appears.  In fact, Bruce uses many of the same vocal hooks and chord progressions that he has used on most every TPT album, and this time it feels so tired and spent.

That isn’t to say that the album is absolutely awful.  It isn’t.  It’s a solid album that most people will forget in a month or two, though, because it evokes indifference, not dislike.  There are some songs on it that I think are good to great, but there are also songs that I feel are poor to uninteresting.  One problem is that the good songs are spread out pretty far, meaning that you will end up blocking half of what you hear as you wait for the next interesting moment.  Yes, that includes the 11 minute “White Mist”, which is nowhere near as great as I expected it to be.  In fact, it passes with a whimper, mostly, though it has a pretty good chorus that saves it to some extent.

So, yeah, there are some bright spots here.  “Threatening War” is a good one.  It has a wonderful atmosphere that builds nicely, as well as a great chorus and some grittier segments, and we do get a climax on this song, which is an exception.  “Shed a Light” is also a great one, and it ends the album with a bit of energy and even edge.

Starting out that last paragraph, I thought I had more good songs to write about that I really enjoyed on this record, but it turns out that I don’t.  One problem is that “Try As I Might”, “Uncovering Your Tracks”, “All That You’ve Got”, and “Far Out” all sound the exact same.  They blur together, and I approach each one thinking it is something different, and then I remember that it is just more of the same.  Two other tracks, “Not Naming Any Names” and “Pillar of Salt” are basically just intros, so they really don’t amount to anything or go anywhere.  In the end, you find yourself wondering when the album will finally start, but then it’s already over and you wonder what Gavin Harrison is doing here at all.  Where’s my Gavin?

I hope this review isn’t coming off as harsh.  I’m not the biggest TPT fan in the world anyways, but to see the roller coaster in quality within their discography screams label contract fulfillment, I hate to say.  Even though the label’s interview with Bruce about the political lyrics was pretty passionate and interesting, the lyrics and music don’t carry any of that.  “Dissolution”, far from being the “important” album that the label keeps claiming, is a record that will drown in the sea of awesome debuts and excellent new offerings that we are seeing in 2018.  What’s the ultimate lesson?  Gavin Harrison, despite his awesome sound, doesn’t fix everything.  He’s the bait for Porcupine Tree fans, but I’m afraid they might end up pretty disappointed.

7 responses to “The Pineapple Thief – “Dissolution””