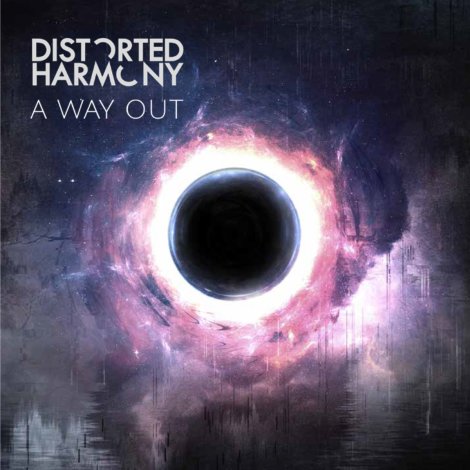 After a very strong first half of 2018, I wondered if the second half could match the variety and quality I’ve already heard this year.  From what I’ve heard of the albums releasing this summer, that is very much the case.  The first of these albums is the third offering from Israel’s Distorted Harmony, a band that has always been mentally archived for me alongside Haken and Leprous as the pure definition of modern progressive metal and rock.  “A Way Out” releases on July 19th, and it blows me away every time I hear it.

The band consists of Michael Rose on vocals, Yoel Genin and Amit Plaschkes on guitars, Yoav Efron on keys and programming, Iggy Cohen on bass, and Yogev Gabay.  It seems like a lifetime ago that I first heard the band’s debut.  Back in 2012, “Utopia” was my album of the year, and “Blue” was my song of the year.  Sure, the album was quite influenced by the likes of Dream Theater, but the band just had that freshness that grabbed my notice.  In 2014, we were treated to a more alternative direction under “Chain Reaction” with lots of polyrhythms to boot, and it showed that the band knew how to progress.  Now, we have “A Way Out”, and it honestly feels like another organic progression from their previous album.

On “A Way Out”, the band has created their heaviest music yet, while also balancing that fact with some of their most atmospheric, cinematic, burning melodies, too.  The album embraces electronic and trance elements, not using them as gimmicks, but as weighty additions that will often serve as the foundation to an entire song. So, balancing electronic music with kinetic metallic grooves, the album comes across as forceful and hefty, but also delicate and colorful.  All of this is performed with grace, even in the middle of the jarring riffs, the thundering bass and drums, and the powerful electronic and keyboard melodies. 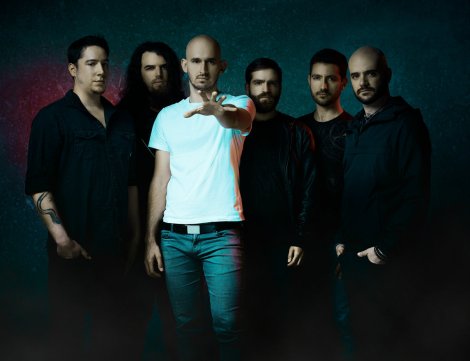 I have to comment for a second on the production values of this album.  Distorted Harmony has always impressed me with how they treat reviewers, such as myself, but the actual CD pack looks fantastic and feels high quality. The music itself is mixed immaculately so that you can hear every electronic accent alongside every mighty blast beat or meaty riff, and so the care and love that go into this art are immediately apparent.

“A Way Out” addresses various emotions that we will all recognize: the kind that send you searching for freedom and relief.  As a result, the lyrics can seem quite dark, but there is light at the end of the tunnel, so to speak, and some of the tracks come across as “good news” and hope.  Michael captures these emotions in his own harmonious style while impressing with his range and also dominating some very difficult melodies.  I’ve always appreciated his style since he was brought up on pop singers, not metal, so he definitely stands out from the pack.

Pretty much every song on this album is my favorite.  I’ll discuss a few of them.  First, “Downfall” opens the album with synthy goodness, but soon finds its way into meaty blast beats and polyrhythms.  This song communicates the pure energy that you will experience on this album.  “Room 11” follows and was honestly very difficult to grasp at first.  There’s just something about the off kilter vocal lines that messed with my head, but now I feel like the song might actually become my favorite overall.  “Awaken” and “Puppet on Strings”  both have this epic feel to them, with heavy instrumentals contrasting to soaring keys.

“For Ester” flat out rocks.  It’s an instrumental track with lots of what I would call inner melody, but it somehow also makes you want to fly; and then the heavy section kicks in and the song just blasts off in my mind.  “We Are Free” is one of the best songs I’ve heard this year, honestly.  At first, the rest of the album outshone it a bit (hearing new stuff, right?), but it has slowly climbed back up to be one of the most energetic songs on the album in my mind, and I think that partly has to do with the sheer joy and freedom that erupts in this song.

Speaking of joy and freedom, the album ultimately communicates exactly that to our ears.  In fact, the whole album is very good at communicating emotions overall.  For instance, the title track might have the best vocal hook on the album as it feels desperate and searching.  It’s actually quite short and melodic, creating sheer atmosphere and chills down my spine.  On the other hand, “Somebody” ends the album with glory and hope, and I feel like it is the perfect finale because it offers this feeling that you can overcome and that you can move out of the dark.

“A Way Out” is my favorite album from Distorted Harmony, pure and simple.  That’s saying so much, though, because all of their albums are amazing.  The band takes their time to produce skillful, quality compositions, and they always make sure that their artwork and production values will match the musical excellence.  If you appreciate a strong mix of progressive metal and rushing melodies, then this album is absolutely for you.