March’s Triple Feature features three very worthwhile bands.  Sometimes, I’m shocked at how professional and inspired and self-motivated these bands can be.

I have to say that RXP might be the first band from Costa Rica that I have ever heard.  The band consists of Alex Bonilla on drums, Mauricio Delgado on keys, César Salas on bass, and Carlos Wong on guitars.  They released what I believe is their debut album, “Pathos”, back on January 15th, and I think it is worth your time.

The musical style is progressive metal, though not all that heavy, but quite experimental.  They seem to be more focused on ethereal, transitory experiences in their music, as all of their tracks create pictures in your mind that you can almost reach out and touch.  The album truly does take you away to another place inside of yourself.

The performances are impressive.  Alex’s drums are awesome and off kilter.  Mauricio’s keys are also a huge highlight, with lots of different filters and sizzling melodies.  César’s bass is rumbling and powerful, and Carlos’s guitars tend more towards detailed fingerwork rather than huge riffs.

As I said, this album is the band’s debut, and so you have some of the typical issues.  Some of the songs are overly long and contain some filler here and there.  The mix could use some work, too.  However, overall, this is album feels quite professional, and the musical ideas flow very nicely.

Some of the songs stand above the rest.  “The Mystery Machine is Back…Again” is a shadowy, intangible track that sounds great.  “The Wonderful City of Nothing” is quite soulful and urban in its tone.  “Universal Breath” is a great ending track with some neat sound effects and ideas.  My favorite, though, is “Where the Words Don’t Work”, which is a two part track that is probably the best song on the album.  It feels quite lush and organic, and the inspiration is clear here.

RXP has a great release on their hands here.  I really enjoy their outside the box inspiration, and I feel like having a label behind them could turn them into a force in the prog community.  Check out their work! 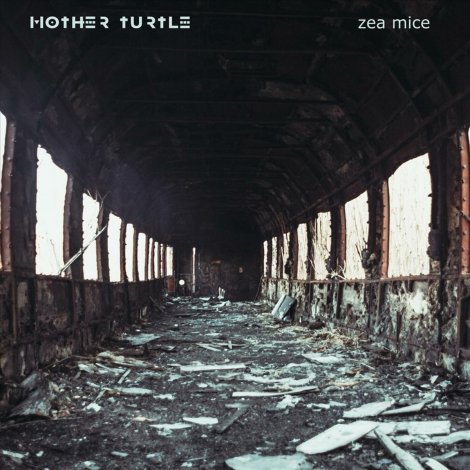 For an unsigned act in just its seventh year, Thessaloniki’s Mother Turtle have presented some remarkably mature and fascinating writing to the world.  Their independent work is polished and consistently gains reputation in the realm of progressive music.  Most interestingly, Zea Mice is an instrumental album, which is a departure from the band’s first two albums, both of which featured regular vocal work.  While several pieces on this release do feature recitations and meandering vocalizations, the vast majority of the record is an extended instrumental journey through funk, jazz, electronic, and ambient music.  There aren’t a lot of artists who can successfully go from more traditional writing with lyrics to instrumental writing (Zappa, Camel, and Steve Hackett among those who were also successful at the endeavor), but Zea Mice proves that Mother Turtle can and will employ a varied approach to composing in a musical niche where the sky is truly the limit.

The core of Kostas Konstantinidis (guitars, vocals), George Theodoropoulos (keys), and George Baltas (drums, percussion) have been writing music together since the band’s self-titled debut, adding George Filopelou on bass, Alexander Kiourntziadis on violin, and Babis Prodromidis on the saxophone for their sophomore release, II – all of whom have stayed on for this third foray into the realm of progressive music.  Zea Mice also features some guests (Elpida Papakosma and Aristotelis Mavropoulos) as readers, and an additional percussionist in Apostolis Georgiadis.

Released February 20th, the new record is comprised of three movements (simply entitled Parts I, II, and III), each a multi-track ordeal.  Being an instrumental album with ambiguous track titles and only a handful of spoken portions (in Greek) by which to navigate, the record’s artwork and language conjure thematic images of refuse, abandonment, and survival.  Musically speaking, there are sections that trend toward jazz-fusion, others that are dirty hard rock, and others still that touch on the territory of avant garde.  My favorite tracks are the album’s bookends – “Kukuruzu,” a piece which moves through a number of high-energy variations on a rock theme; and “Nostos,” which seems to do all of the above.  This latter piece of writing really encapsulates much of what makes Mother Turtle a strong writing force: it’s complex, genre-bending, and nearly 17-minutes long.  Another strong offering is “#CornHub,” which employs some droning vocalizations, energetic violin, and some thoughtful harmonization across the band’s instrumentation.  The eerie piano undergirding “Zeitenlik’s” recitation of Kipling and McDiarmid provides something of a hinge at the middle of both the album and its internal second movement.  This brief piece links to the restless “Vermins,” which blends a cyclical bass/guitar lick with a world vibe.  The gentler “Vermins reprise” (track 7) hints at the musical theme of the larger piece and sets up the album’s finale.

Personally, I think it really says something about a band’s compositional abilities when they can write an instrumental album with unique tracks that don’t simply bleed into one unidentifiable whole.  Zea Mice is a strong, enjoyable record, probably my favorite in the Mother Turtle repertoire, and is worth a lot of time and exploration.

Dario Montanino’s Watermarks is the debut solo album for the Canadian guitarist. Dario Montanino is probably not a familiar name for most of our readers. Unless you’ve already listened to the excellent instrumental guitar album which I’m reviewing, Watermarks, then your only chance to have heard on a record would have been with now defunct underground Canadian thrash metal band Mandatory Death. But, if you’re excited about a solo guitar album from a now defunct underground Canadian thrash metal band, this might not be the album you’re looking for.

Watermarks is largely characterized by melodic guitar playing and progressive arrangements, and while there are some heavier moments, there’s not much that would clue you in to Montanino’s thrash metal roots. Some tracks, like “Influx,” the opening track, have a more atmospheric feel, while “Eidolon” and “The Cardiff Giant” feature some keyboard work that wouldn’t be out of place on a 90s Dream Theater album. The title track, and the closing track “Enter the Architect” were the two big standouts to me. “Enter the Architect” in particular had a sense of urgency to it that wasn’t found on the earlier tracks, as well as a taste of vocals.

Montanino’s guitar playing has echoes of Joe Satriani and John Petrucci at points – possibly a bit of Eric Johnson as well. Satriani and Johnson specifically come to mind as guitarists whose main body of work is based on crafting compelling instrumental songs, rather than simply using the shell of a song as a backing track for technical guitar wankery. With Watermarks, Montanino continues in that tradition of highly skilled guitarists who let the virtuoso demonstrations take a back seat to songwriting and melody.