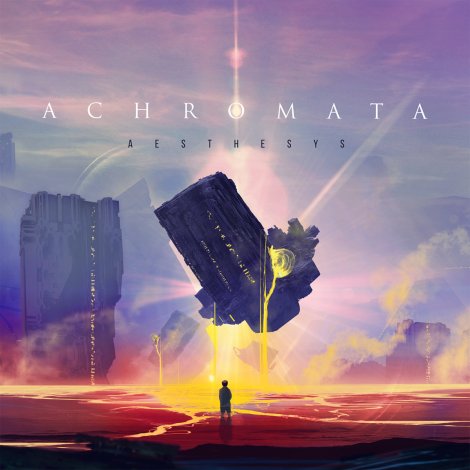 There hasn’t been very much instrumental prog released so far this year, especially compared with the onslaught we experienced last year.  Because of this, I was happy to come across the new album from Aesthesys, called “Achromata”.  I confess that the cover art was what first attracted my interest, but the musical experience therein is something that is not only exquisite, but also quite unique.

Aesthesys hails from Moscow, which definitely has an influence on their sound.  The band consists of Sasha Coudray on bass, Victor Krabovich on guitar and keys, Eldar Ferzaliev on guitar, and Nik Koniwzski on violin and keys.  Guest musicians include Maximilian Maxotsky on drums and Jamie Ward on mellotron and synth.

The musical style is a bit hard to nail down accurately.  The album has this modern progressive rock feel to it, though prog rock is far from the primary genre here, if present much at all.  While prog rock is obviously an influence to some degree, the album is primarily driven by keys and especially by violin, giving it an overall neoclassical atmosphere.  The voluptuous drumming and somewhat shoegazey guitars also provide the album with a post-rock vibe, especially through the band’s climactic style of song writing.  On top of that, there is a hefty helping of electronic music here.  It’s like this great big mix of genres that feels both classical and modern at the same time, impressing even further because of the emotions that all of this produces.

The musical performances here are lavish and full.  Nik’s violin is an obvious standout, weaving its way in and around every bit of this album.  I’m also a big fan of Max’s drums, as they give the album a great boost of oomph and meatiness.  Sasha’s bass sets a great tone for the album, too, with Victor and Eldar providing soaring guitars that eek emotion out of my face.   Victor’s lush keys are the final piece to the puzzle, giving the album a sense of otherworldliness even as the violin grounds us. 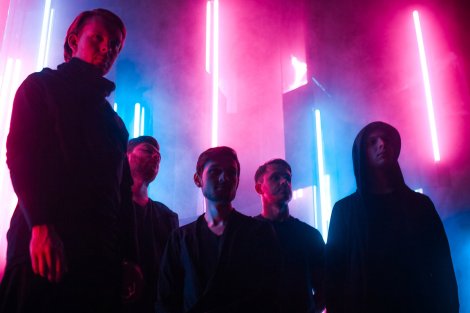 “Achromata” is more than just an album of instrumental passages.  There is real meaning and deep storytelling involved here.  The promo itself came with a short story that is lush and magical.  It recounts the story of a Boy who is searching for adventure in his grey world.  He meets a magical Bird who flies him around all Creation to discover the lost colors, treasures he never knew existed.  Not to give too much away, the Bird planned to take the boy to discover Darkness, but the Darkness emerges from the Bird itself.  The Bird is cursed by the Spirit of this world for this act.  In the end, the boy is able to see the gorgeous colors of his reality all round him, as if a veil has been lifted.  This is the moment depicted in the beautiful cover art.

I hope you can see the depth of the content in that story, and the music does a wonderful job of taking us on that emotional journey of discovery and light and truth.  A few of the tracks stand above the others in my mind, though: “Grauer Wald” is a fantastic opener, feeling quite heavy without riffs and being driven by violin melodies.  “Marea” is another favorite.  It has a folksy vibe at times, especially in the spacey ambience in the middle, but then it launches into a massive shoegaze moment near the end.

My two favorite tracks come later in the album.  “Melanocardia” builds and builds with a somewhat darker atmosphere, adding more and more instruments as it builds a tower to the skies.  It is truly brilliant songwriting.  “Eosfyllon” ends the album with gentle genius that you might expect to build to another climactic moment due to the nature of the story, but the song instead gets more complex on a restrained level, and I find that a very appealing and appropriate way to picture the emotional experience of discovering the colors of this world on your own for the first time.  It’s simply spellbinding.

Aesthesys has produced a wonderful album that I’m sure will only get better with time.  “Achromata” is a fantastic story and the music is written perfectly to take us into another world.  This album really is a wonderful display of artistry from multiple perspectives, and you should not miss it.