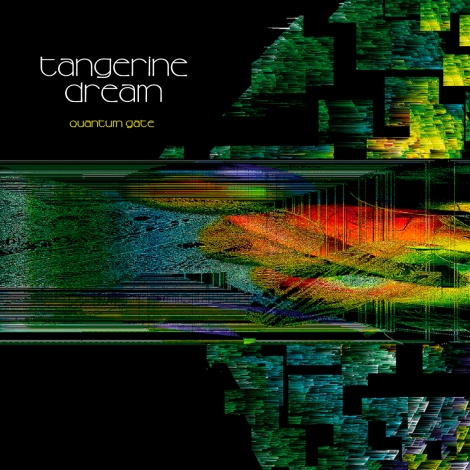 Reviewing a new Tangerine Dream album is like approaching a new Pink Floyd or Kansas album: There is so much history behind the band and their discography is so massive that it is nearly impossible for someone my age to give an overhead view of the new album in relation to what they have already produced.  With Tangerine Dream specifically, the number of albums and soundtracks they have crafted, even just through the 70s and 80s, is almost hard to believe.  Take a trip over to progarchives.com and you’ll see what I mean.  However, Tangerine Dream isn’t necessarily the band they used to be, and this new album, called “Quantum Gate”, does stand on its own two feet and should not be compared to the past offerings.  It releases on September 29th.

Tangerine Dream, along with the likes of Vangelis, was the innovator and leader for the new electronic style of music that emerged in the 60s and 70s.  While some would call it “New Age” and other such labels, the band simply utilized a variety of synth and other instruments to create lush, immersive soundscapes that were often ambient, but other times more direct in their melodies.  The project, as it might be more properly called, has produced some of the most interesting albums and soundtracks on anyone’s track records, even the soundtrack for one of my favorite films, “Legend” from 1985 starring Tom Cruise and Tim Curry (I had to go revisit that soundtrack while listening to this new album).

The band is more properly dubbed a project because the turnover rate of members has been incredibly high.  Only founding member Edgar Froese made it through all the years from the beginning, and he passed away suddenly in 2015.  So, the project’s future has been up in the air, and I’m happy that the current members, along with Edgar’s widow, have decided to push the project forward in Edgar’s honor.  The current lineup includes Thorsten Quaeschning, Ulrich Schnauss, and Hoshiko Yamane.

Before I get deeper into the album, let me just say this: Progressive electronic isn’t for everyone, though I think it should be.  Some of the tracks on this album, or any album of this genre, are quite long and feature subtle progression and gentle atmospheres.  None of what they do is bombastic, loud, or instantly gratifying.  Indeed, progressive electronic music takes you on a journey that will lead you to a very satisfying place, but time and patience are needed.

So, as with any of Tangerine Dream’s albums, subtlety is the name of the game on “Quantum Gate”.  The sounds are often very effervescent in style and the paradigm shifts inside the songs aren’t sometimes fully noticed until they suddenly are simply there.  It often takes a mature, discerning listener to perceive the progression of the melodies and ideas on this album.

“Sensing Elements” is the opener and one of the best tracks.  Massive in sound and distinctly electronic in its tone, the song progresses with some catchy hooks and a great atmosphere until it reaches a blushing fullness.  “Roll the Seven Twice” follows and has this strong systematic rhythm to it that is accented by subtle background swaths of sound, plus what I would call a catchy chorus of sorts. 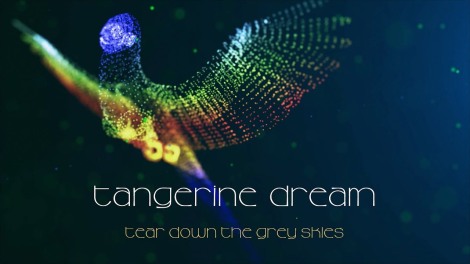 There are other strong tracks here, too.  “It’s Time to Leave When Everyone Is Dancing” is an oddly titled track with something of a dance beat and lots of catchy layers of rhythm: I love how each layer progresses and builds to allow a new melody to come sweeping in suddenly.  “Identity Proven Matrix” might have the catchiest “chorus” on the whole album and might be my favorite track as a result.  Its melodic progression is clear, precise, and feels enormous.  “Non-Locality Destination” has a Deus Ex vibe to it that I love, and it features some of the most distinctive guitar work on the album.

The album ends with “Genesis of Precious Thoughts”.  This track has one of the best beats on the album, plus a beautiful violin melody that weaves its way in and around the pulsating rhythms until the whole song simply froths to an engorged ending.  It may be the most accessible song here for those not familiar with electronic music.

Tangerine Dream is back and the music is still really good.  “Quantum Gate” has lush production and a big sound, and it should definitely satisfy fans.  It is also a good jumping off point to discover the band’s full discography, if that’s even humanly possible.  Take a look at the new album!