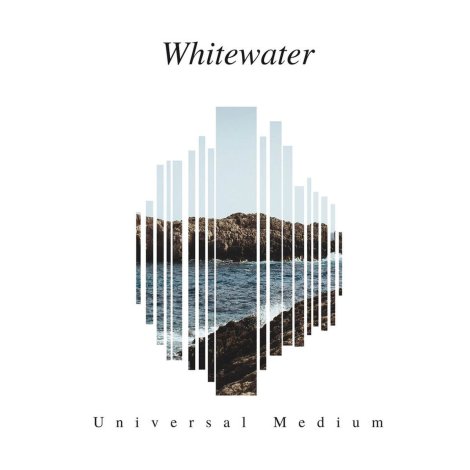 Normally, I wouldn’t review albums like this because I don’t like writing negative reviews.  The new album from Whitewater is releasing through Bad Elephant Music, and after multiple listens, I still don’t have many words to express my feelings about it.  However, there is just something here that makes me want to post about the album, so maybe the words will come in time as I start writing.  The new album is called “Universal Medium”, and it releases on September 22nd.

I’ll get the formalities out of the way firstly.  Whitewater hails from the UK and consists of Stuart Stephens on vocals, guitars, keyboards, programming and samples; and Paul Powell on drums, percussion, and programming.  Guests include Mike Kershaw and Clare Stephens on vocals.

Okay, let’s move into the meat of the album.  This album was nothing like expected.  For some reason, I went into this thinking it would be retro prog rock in style, and I honestly wasn’t looking forward to it at all.  Whitewater, however, is anything but your straightforward classic prog rock.  The band plays ambient, psychedelic musings that somewhat resemble Pink Floyd’s more atmospheric side, and much of it does include expressive guitar work and an occasional rock portion.  Most of it is extremely slow-paced and subtle, so this definitely isn’t for everyone.  However, as someone who really enjoys ambient music, I find myself liking what I hear on this album, at least at first.  I wouldn’t call what they do “post-rock”, but it’s definitely closer to that than your typical progressive rock. 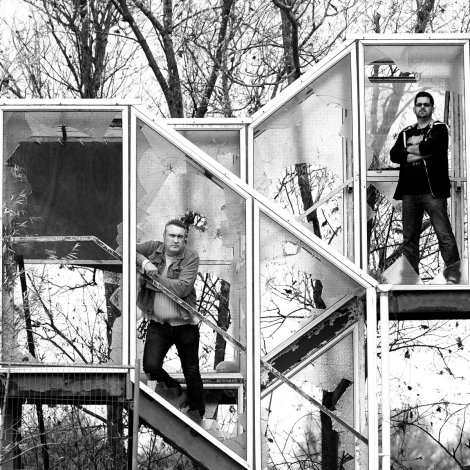 The whole album feels like you are in some sort of dream world with keyboard sustains blaring in the skies.  You know that part in a movie where we are supposed to sit back and enjoy the nostalgic meeting of friends through the mist of our own tears? Or maybe even the part in The Return of the King where Frodo sails away to live with the Elves?  Yeah, that is what this album feels like: warm and nostalgic, but including a certain amount of heartbreak and probably lasting a little too long.  In fact, the last track is called “Moon Pull”, and the idea of a moonspell is a good description for the album.  It’s almost like a trance state in some ways, with a few rockier parts here and there.

That said, while I do enjoy this album, there are obvious drawbacks here.  The music is almost excruciatingly slow, so make sure you are fully awake when you start it.  Because of the nature of their style, the songs are pretty much indistinguishable.  They honestly all sound pretty much the same, outside of some difference in the choruses, that is.  Additionally, the transitory nature of the music creates songs that lack a bit of structure and cohesion, resulting in tracks that end out of nowhere and the feeling that there is no real progression of melody.  Many ambient albums released this year have avoided this particular pitfall, and I was hoping Whitewater could pull it off, too.  But, while the music is performed well and is interesting enough, I don’t honestly feel like this is something most people would listen to that often.

There are some moments that stand out for me.  “Seconds Fade Away” is a two-part song with probably the liveliest bits on this album.  It is pretty enjoyable with a solid chorus.  “Filtered Haze” sounds exactly like being lost in the fog.  It is instrumental in nature, with lots of drums and keys.  My favorite song, and probably the most cohesive, is “Easier to Breathe”.  It’s rather heart-warming and sincere, and I really appreciate the feelings it evokes.  Much of the rest of the album, though, feels almost non-existent or at least all one note or tone, though there is definitely richness to that tone.

Whitewater’s “Universal Medium” feels like it has so much potential, but then it ends up wandering a little too much for my tastes.  Some of the album has rich tones, emotional guitars, and some catchy choruses, but the album overall ends up feeling like white noise.  For fans of ambient music, I think this is worth a few spins for you.  If you are looking for progressive rock, song structure, or any sort of energy, Whitewater will not be your cup of tea.