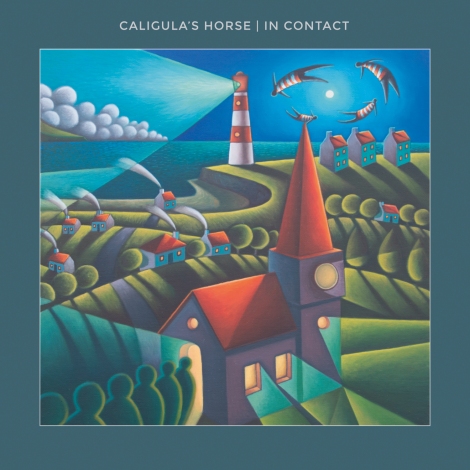 Inside Out Music has released tons of fantastic albums so far in 2017.  I’ve truly been impressed by 95% of what has come from them this year, and I’m talking “album of the year” level stuff.  Caligula’s Horse is getting ready on September 15th to join that group with a wonderful new album called “In Contact”.

Caligula’s Horse (CH) hails from Australia, and it’s been a pleasure to watch them grow and expand their reach.  The band consists of Jim Grey on vocals, Adrian Goleby on guitar, Dave Couper on bass, Josh Griffin on drums, and Sam Vallen on lead guitar.  Somehow, CH has gotten both heavier and more melodic over the years.  “In Contact” is hefty, polyrhythmic, and absolutely crushing at points, but it also has some of the most passionate, more tuneful moments I’ve ever heard from the band.

While CH definitely does “djent” in some ways, I really wouldn’t call it that.  Their style is intense, gripping progressive metal with lots of room for melody, space, and Jim’s vocal musings.  In other words, they don’t feel the need to keep up the heaviness all the time, and I think that shows further maturation from these Aussies.  It seems that every song has its share of beautiful, atmospheric portions that really bring emotion and heart to the whole album. 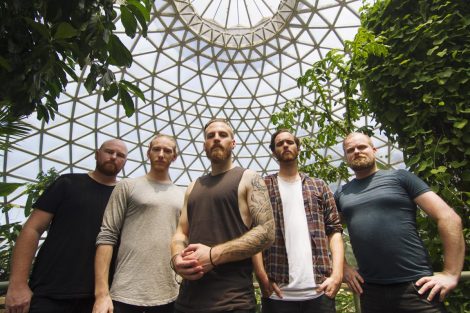 Jim sounds fantastic, as always.  Now that Arcane (RIP Arcane) is gone, CH will be the only way to hear him, and so I relish every soulful tone and intense moment.  Sam and Adrian blow my mind with fast-paced riffs that hit all the right notes, and some of the solos and licks on this album are much more soulful than they are allowed to be, so it’s not all technical fireworks all the time.  Dave and Josh absolutely kill it on bass and drums, though.  Part of what makes the CH sound work so well is the well-oiled machine effect that comes from the masterful riffs combined with the throbbing bass and the double bass madness.  Josh’s drums are some of best I’ve heard this year.

The album is a bit heavy-handed in the social commentary, but not in the annoying or bristling sense.  Instead, the album is incredibly passionate about this idea of gathering as one to reach into the future together.  The cover makes this clear with the contrast between the hordes heading into a church and the flying free thinkers who have a relationship to the light (the lighthouse).  While I am a Christian, I would be the first person to tell you that most churches are places of obtuse thinking and people set in their old ways, which is not representative of my understanding of Christianity.  Jim here begs the people of this world to look to a better day and a brighter future, and I could not agree more.  [Edit]: Jim let me know that the building is deliberately not a church, but it seems like the basic contrast is the same: Hordes of unthinking followers set against those that see the light to a better tomorrow.

“In Contact” is chock full of great songs.  “Dream the Dead” is soulful and classic CH, with a hint of blues in the vocals.  “Will’s Song” begins the heftier nature of this album with chugging guitar rhythms and grinding double bass – exactly what I wanted to hear from this band.  “The Hands Are the Hardest” is melodic and softer in tone, and Jim really shines coupled with a great guitar hook.  Continuing the softer stuff, “Love Conquers All” is a beautiful, short ballad with lots of feeling. 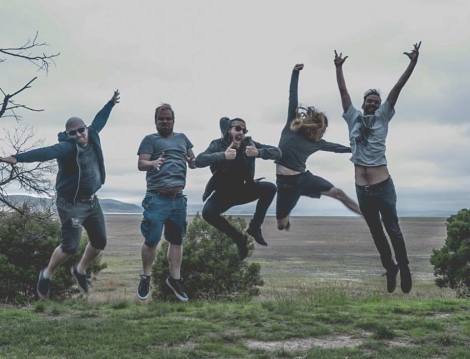 “Songs for No One” is my favorite song on the album.  It has a great vocal hook and chorus: Pounding rhythms set against probably the most inspired chorus on the album are a recipe for a goosebumps-inducing track.  My second favorite is the 15+ minute “Graves” that ends the album with style and a contrast between blunt social commentary and gorgeous displays of hope.  It has this cinematic, booming quality to the music that punctuates the lyrics perfectly.  Near the end, we are treated to a fantastic climax that features a strong display of sax skills from guest Jørgen Munkeby.  The song explodes into melody and group vocals, and it makes for a memorable ending.

There is one track that deserves some separate discussion.  “Inertia and the Weapon of the Wall” is completely spoken dialogue (with some instrumental accents) from Jim.  It is a passionate, intense display of his poetic abilities, and it gives me chills to hear it every single time.  It is a call to arms, in a way, to unite as people of the Earth.  It denounces hate and closemindness in blunt and grand fashion.

“In Contact” is another great record from Caligula’s Horse.  These guys are up and coming, and have accomplished so much already.  Their new album is heavy and beautiful, without compromising at all; and the lyrical content is biting and real.  I love this album, and I know CH fans will be happy.