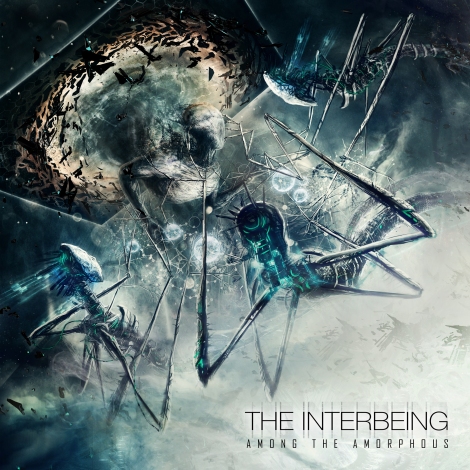 Some bands really know how to bring it.  I have this odd problem where sometimes that is a real turn off for me, but then sometimes I really love it.  It just depends.  The Interbeing really knows how to bring it, and I find that I love the over the top energy on their new album “Among the Amorphous”, released on June 23rd.  I think I can pinpoint the reasons I like it so well, too.

The Interbeing consists of Dara Toibin on vocals, Jacob Hansen on bass, Boas Segel on guitars and programming, Torben Pedersen on guitars and vocals, and Kristoffer Egefelt on drums.  The band has a style that is a mishmash of various subgenres, though it may not appear that way on the surface.  On the surface, they play progressive metal in the industrial vein of Gojira, but with a sci-fi tone and ethereal notes.  I am happy, too, to say that they do not fall into the djent trap that similar bands do, but instead offer satisfying, weighty riffs that are heavy, clear, and not overdone.  The drums and bass, too, are massive and feel great.  Kristoffer’s drums are loads of awesome with blast beats and groovy portions.

Additionally, there is this feeling that late 90s and early 00s alternative rock/metal is an influence.  I mainly get this from the clean vocals and moments that feel very much like something Muse or Slipknot might have done.  So, instead of just a straight metal album, we get an album with personality and texture in music, but also the raw emotions of alternative rock.  Even further, electronic notes are an important part of the band’s sound and energy, and there are even two tracks that serve more as heavily distorted interludes, than as primary tracks. 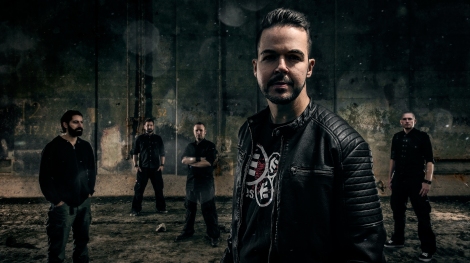 The vocals are very distinct and noticeable when you first hear the album.   Dara offers the gruff harsh vox and then Dara and Torben split the duties on the excellent clean vocals.  The first thing you’ll notice is that the harsh vox are quite different than most other bands, having a shoutier tone to them (in a good way).  I’d say that they even add to the intense, urgent nature of the music.  The clean vox are actually really, really good and, like I said, they remind me of 00s alternative rock that I still love.  Actually, there is a third style here, too, in the understated, almost introspective “breakdown” vocals that appear on just about every track.  There is something about these I really love, as they remind me of bands like Mushroomhead or The Deadstation.  Songs like “Sins of the Mechanical” feature the perfect mix between all of these styles, and also invoke nostalgia for me.

All of this reminds me of a now-defunct band called Sybreed that I absolutely love.  Throughout the album, I found myself falling in love because of the moments that remind me of that band’s work.  For sure, The Interbeing doesn’t really sound exactly like Sybreed, but I think it is their shared ambition to be something more than just another industrial metal band that has me drawing a connection.  Much to my surprise, I do find Sybreed under the “Bands We Like” on their Facebook, so I think my connection is drawn well.

“Among the Amorphous” does not let up at all, whether musically or in the lyrical concept.  The riffs are always huge, the vocals are always urgent, the lyrics are metaphysical, and the songs are always catchy.  Honestly, the whole album is downright infectious in its energy and clear inspiration.  Furthermore, there are moments like the end of “Purge the Deviant” which are climactic and cinematic, or like the synaptic interlude track “Cellular Synergy”, and I realize just how awesome this band is. 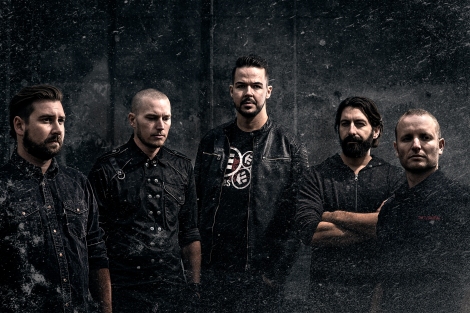 Favorite tracks and moments abound on this album.  I love the opening track, “Spiral into Existence”, which starts the album with a heavy and fast note, and the chorus is crisp and catchy.  “Deceptive Signal” reminds me of 00s alternative metal (which I love), and the previously mentioned “Purge the Deviant” impresses with its climatic structure.  Honestly, I love the whole album.  I do really like the two more instrumental tracks, “Cellular Synergy” and the outro of sorts, “Among the Amorphous”. These tracks create a nice musical space in the album to halt the incessant flow of riffs and bests, and they are stuffed full of programming and distortion.

The Interbeing really should make a splash with this album.  The sound is not relegated to just one genre, the music is purposeful and contagious, and the overall feeling somehow manages to be very heavy and very catchy simultaneously.  “Among the Amorphous” is a pleasant surprise, and I know metal fans will be pleased.

One response to “The Interbeing – “Among the Amorphous””