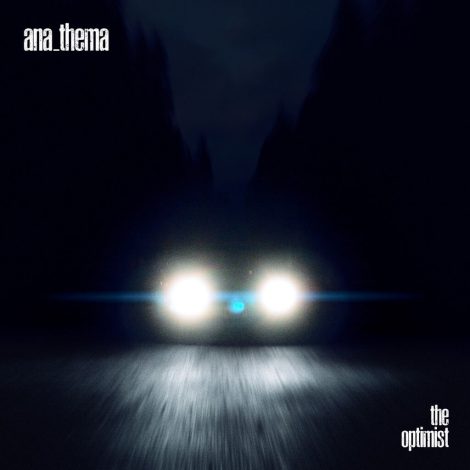 Anathema’s music is known far and wide, and most everyone has their upcoming album “The Optimist” on their radar.  When a band truly “makes” it, there is both a blessing and a curse that arises from this; namely, the fans’ expectations.  Will they be able to top the last album?  Will they progress satisfactorily?  Will they blow our minds again?  I think we, as the fans, are asking the wrong questions here.  With Anathema’s new album releasing very soon, here are my thoughts on what I consider to be a very mature album.

The lineup in Anathema has grown through the years to accommodate their ever increasing diversity of sound and texture.  The band currently consists of Vincent Cavanagh on vocals, guitar, and keys; Daniel Cavanagh on guitar, keys, and vocals; John Douglas on percussion; Lee Douglas on vocals; Jamie Cavanagh on bass; and Daniel Cardoso on drums and keys.  As you can see, many of the members have multiple roles on the album.  One of the reasons for this is that the band recorded this whole album as a live band, instead of producing individual tracks.  The idea was to capture the energy and magic of a live band, and I must admit that this does come through rather well.

Despite having this energy, though, I would also say that this is their most subtle and understated album in a long time.  Anathema is well known for their emotional and explosive melodies and crescendos, but this album is more conservative when it comes to that style.  So, while we do get several of the climactic melodic moments for which Anathema has become famous, the album mostly plays out with quieter ideas and a more thoughtful approach.  The album begins with the big and bold sound we are used to, but it progresses to a more melancholy feel overall eventually.  I will say, though, that the album does feel like a natural progression from “Distant Satellites”.  It features the same mix of their positive crescendos and shoegaze guitars with the newer electronic elements.  However, this time it feels even more organic somehow.  All of their sounds work well together, and I chalk this up to the live style of the recording.  They truly feel like one well-oiled machine here, and even Vincent’s vocals seem to be part of a group effort, rather than a lead with backup singers.

The concept behind this album is quite important to the overall feel.  It is a concept album, but definitely one that will take far more listens to understand.  It is a sequel, of sorts, to their earlier album “A Fine Day to Exit”: It explores the fate of the optimist in that album, as pictured in the cover art of that album.  In fact, the first track on this new album is called “32.63N 117.14W”, which are the coordinates to the Silver Strand Beach pictured on the cover “A Fine Day to Exit”.  In contrast, the cover for “The Optimist” is that same car, but it is now driving at night.  I think that this gives a perfect idea of what to expect: We’ve all driven at night with music playing, and it’s always a more introspective, thoughtful time than when you are driving around in the sunlight.  I don’t know about you, but day and night affect my musical choices, and the more subdued nature of this album matches up perfectly with my nighttime choices.

So, this album askes questions; lots of them.  These questions are about some of the deepest life experiences that the band has had.  In fact, the band has commented that the optimist is really a conglomeration of all their feelings and moods, and the fate of this optimist is left in question; or, rather, up for interpretation by the listener.  In a nutshell, Anathema is using this album to help you ask questions about yourself; about your own hopes, dreams, and forward thinking.

A good way to judge your reaction to this album is by your opinion of “Springfield”, the single they released recently. and we’ve all heard it by now.  It’s slower paced and slightly melancholy, but then explodes into the stratosphere near the end.  To get to the huge moments, the song explores more introspective and ponderous ideas first.  I think it’s a good representation of the whole album.  If you loved this track, you will love the whole album.  Personally, I love this track.

The album is like a rollercoaster of mood and musical power.  Some songs are huge and exuberant, and others are restrained and serene.  After the intro track, we are introduced to “Leaving It Behind”, one of the most explosive songs on the album.  It has a wall of rhythm to it that is only broken up by some very cool electronic moments.  Right on its heels, we also get “Endless Ways”, which is one of my favorite songs on the album.  Lee’s vocals here are massive and the melody in the emotional chorus is through the roof.  Just like on all their albums, the vocals from Vincent, Lee, and Daniel are all absolutely incredible.

After these two songs, though, the album drops significantly in octave, but not in energy.  Songs like “The Optimist”, “Ghosts”, and “Close Your Eyes” are all rather subdued.  Their melodies are all exceedingly beautiful, however, and “Close Your Eyes” even deviates a bit from the band’s style by adding a bluesy element that, honestly, works extremely well with their sound (I would love to see them explore that more).  Other tracks here do contain those gigantic moments that fans are craving, though.  I mentioned a couple already, but “San Francisco” and “Wildfires” are two more tracks with huge climactic moments.  The former is a pleasant electronic and piano-led instrumental track that builds to a satisfying height.  I love the way that the second electronic groove comes into play about halfway through the track.  The latter is a quite ethereal track with distorted vocals that transition into a huge climax like the flames of a fire soaring into the darkness of night.  It works pretty well here because, at this point, it’s been four or five tracks since we’ve seen the melody explode like this.

The album ends on a positive note, though not necessarily in the way you might be expecting.  There’s even a little surprise hidden at the end of the final track, so make sure you hang on to the end.  The album crackles with energy, and contains all that definitive Anathema sound.  However, this time around, the music is a little more restrained and tranquil, even.  The album is moodier, less uplifting, and grittier than the band’s last few outings.  When all is said and done, however, the album is just as spiritual and just as inspiring as any of their past entries, but it takes you on a lower, darker road to get there.  In some ways, this style is even more impactful because of this, but it does take some time and listens to achieve this.

As fans, we are the receivers of the music, and I feel like we often demand change, but then expect the same thing done on the last album.  It’s a delicate balance that bands must strike, and it’s often not fair to them.  “The Optimist” is different than the band’s last three albums.  It has less of an otherworldly aura to it, and more of a grounded roadtrip into reality.  It has less of a swelling, out-of-body musical style, and more of an emotionally introspective nostalgia to it.  It’s a different album, and it represents where the band is right now.  I fully appreciate that and cannot wait to hear some of these tracks live later this year. 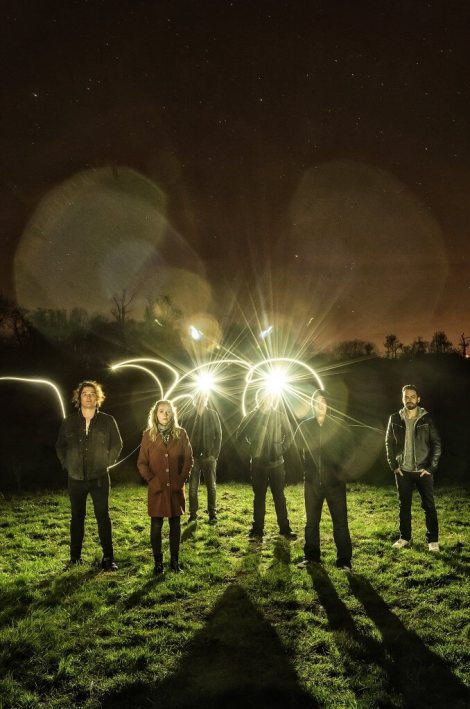 2 responses to “Anathema – “The Optimist””