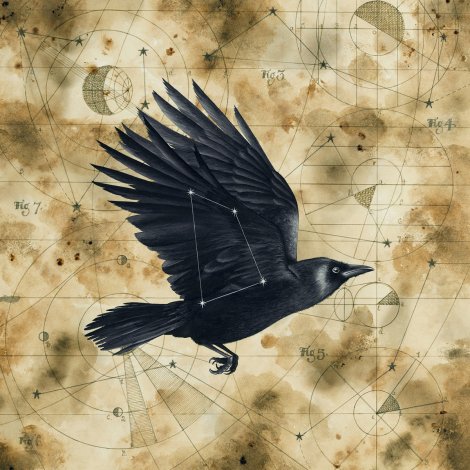 I’ve been so happy to see bands like Big Big Train start to become some of the biggest players in modern prog rock.  BBT’s releases have become a seminal event for the community at large, and their new album “Grimspound” is no different.  The amazing thing about this album, though, is that is it absolutely worthy of the hype, so to speak.

Big Big Train keeps getting bigger and bigger.  The band now consists of David Longdon on vocals, flute, acoustic guitar, mandolin, and percussion; Dave Gregory on guitars; Andy Poole on acoustic guitar, mandolin, and keyboards; Rikard Sjöblom on keyboards, guitars, and accordion; Danny Manners on keyboards and double bass; Rachel Hall on violin, viola, cello, and strings; Greg Spawton on bass, bass pedals, and acoustic guitar; and Nick D’Virgilio on drums and percussion.  The ensemble is huge, but they really do use all these instruments to magnificent effect, creating illustrious tapestries of some of the most beautiful music you’ll hear this year.

The thing about BBT is that there’s no use to describe the precision and depth with which the instruments are played.  These artists are all basically at the top of their respective fields, and it shows on every single track.  I think the instrumental “On the Racing Line” is a fantastic presentation of their ability, though.  Keys and drums are especially heart-poundingly sweet to the taste on that track, and the song flows like something alive in the heart of the earth.

Let me go into that a bit further.  The keys on the album are so magnificent.  The piano lines we get are emotional and surge this way and that, but we are also treated to synth at all the right moments.  We get to hear organs, too, that really accent songs like “Brave Captain”.  In fact, that song transitions from organs to this sweet synth solo that just feels right in my gut.  Nick’s drums, too, don’t sound like a typical rock album.  His fills are more than fills, and they are creating whole new grooves and tones, and his arms must be moving like a blur.  Every performer on the album plays in much the same capacity, and of special note also is David’s mature and soothing voice that rises above all this musical complexity to tie it all together. 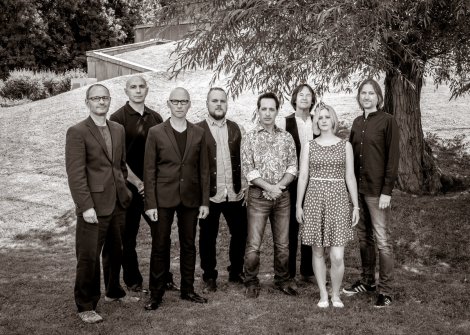 BBT plays “retro” prog rock, and their Genesis influence is still apparent.  They are slowly becoming a different beast, however, as they add more ethnic and folk influences to their music.  The band has this fantastic ability to craft subtle, yet complex melodies using all sorts of instruments and folk elements from all over Europe and even the US.  Not since “English Electric, Part 1” have BBT released an album with this much pastoral whimsy and rugged splendor.  Just like on any of their albums, the inspiration for the music is always the land in which they live, as well as the proud stories of their past and their families’ past.  This music is so very personal, but in a different way then you will hear elsewhere.  “Meadowland” displays these feelings vividly.  You really wish you could be in this green wonderland that he describes; to feel the love for his land that is welling up in his eyes.

The gentle pattering of raindrops, the untamed might of the sea, the calm of the green meadowlands: Big Big Train has always been able to evoke places and times in my mind, as their music is based off an appreciation of these things.  However, though the themes remain largely the same, the music seems to go out on a limb at times.  “A Mead Hall in Winter”, for example, is a truly strange 15+ minute track that feels very medieval at times, but also futuristic due to the electronic accents that decorate it.  It could simultaneously be the best track on the album, but also the biggest turn off.  I’m still not sure, but it is definitely a center of fixation and attention.

Their strength in musicianship shines in the instrumentals you will hear.  You won’t even be aware that you have entered an instrumental sometimes, but you are suddenly being swept away over the rolling hills or billowing waves to someplace you’ve never been.  “Brave Captain” is the finest example of this in BBT’s music since “EE1”, as you’ll hear one of the most exquisite instrumentals I’ve heard this year bolstered by violin and synth.  It’s extraordinary.  BBT is also capable of producing songs that sound so much like their titles and themes, and this shows itself in the instrumentals mainly also.  “The Ivy Gate” feels very much like exactly that.  It’s illustrious, a little fantastical, and weaves in like the vines on a gate or wall.

Favorite songs here for me include the adventurous and passionate “Brave Captain”, the gorgeous and calming “Meadowlands”, the slightly funky but immense “A Mead Hall in Winter”, and the “Experimental Gentleman.  That last one is rather amazing with some of the best instrumentals on the whole album.  It gets a little bluesy at times, but the music is almost frenetic.  That’s one thing that BBT does so well: They play prog rock almost like a metal band at times, as the music is unrelentingly fast-paced, yet beautiful.

What are my overall feelings about this album?  It’s their best since “EE1”.  It has that same sense of wonder, adventure, and also home that “EE1” had the first time I heard it.  I credit BBT with being one of the first bands to help me appreciate this style of prog, and this album is yet another masterpiece from the band.  I feel like this one is probably more diverse than “EE1”, and I do feel like I will eventually like it more.  Fans of the band will be delighted and, frankly, blown away by this album.  Make sure you hear it, as it is required listening for prog this year.