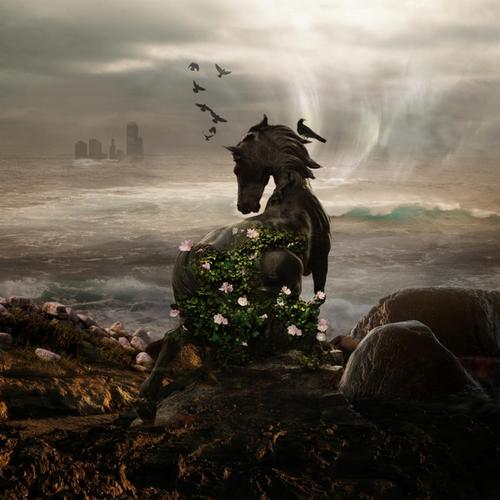 1. You Threw the Stone

As we approach this fantastic album from Projected Twin, a little back story is in order. “Earth vs. World” is the second part of a trilogy of albums that deals with the extinction of life on earth due to the many abuses that mankind has afflicted upon it. In the first album, “Earth to World”, the earth is speaking to humanity, warning them of the impending doom. It is heart-breaking, but decisive. Now, this second part, “Earth vs. World”, is a view of the apocalypse; the end of life as we know it. The end of life on earth. Period.

Sounds like a cheery album, eh? Well, don’t worry. I will say two things: First of all, I do believe in climate change, but I’m not so sure mankind is to blame.  I think several factors are working together, but I ultimately think climate change is natural.  Secondly, this album still holds so much that I adore. I believe it teaches wonderful lessons, and I also believe that it reveals the essence of humanity in many ways.

So, then. Let’s get started! This first track instantly captured my imagination when I heard it. This tracks shows the earth giving one last shout to humanity about the great cataclysm that is approaching. “No, There’s just no place left to go/ There’s no surprise that they don’t roam where I roam”. The earth seems so cold and unfeeling about the extinction of mankind. There is no sorrow. There is no regret.

They threw the stone! The humans started it! They should have known better! The earth continues in its snide remarks. But maybe, just maybe, there is some sadness for the loss of its inhabitants. Maybe. The tirade reminds me of one that is mad at a loved one for dying. You should have eaten better! You shouldn’t have been driving that car! Blaming the fallen is a common thing for mankind.

In this, then, I feel the earth shows its innately human spirit. It loves humanity. And it does regret. It does mourn.  Just like us.  As the approaching destruction looms, the lone voice of the earth is struggling with itself while it begins to lament the end of the era of men.

“I’m not the victim this time/ I am but a sickness and I won’t deny it.” So begins the beginning of the end. The humans realize their own part in the destruction all around them.  People everywhere see that they are part of a sickness; a sickness that has destroyed the balance of nature and the sanctity of their home.

As the world groans, panic sets in quickly. This “ritual” is so predictable, as humans always panic. I mean, watch the movies. If there is something they get right, it’s the fact that most people panic and run at the first sign of trouble. And when people panic, only bad things happen. And destruction begins. And lies spread. And people die and are hurt. “The ritual is in your eyes/ The ritual lies/ It’s habitual lies”.

In other words, as the consequences set in, people (not all) begin to show their true colors. Those filthy lies and that selfish disregard for anyone else; they both arrive exactly when expected. The purge of the human race has begun, but there are still stories of human spirit, love, sorrow, and deceit to tell.

“We left as they woke/ too fast to be noticed/ Quick enough without touching sky, I’m free now”. Even in the midst of the end, there will be love. There will be beauty and spirit. In the midst of the rising destruction of life, two humans souls spend their last moments in tender embrace. In the grey of the smoldering skies, two human spirits share their love one last time.

These two had nothing to do with the reasons for the great apocalypse. These two were minding their own business. They were involved with each other, and not with reaping the world’s riches at the expense of it and also the others around them.

Yet, they were still taken. They were killed by the faults of others. But they are free now. They don’t have to worry about it anymore. “We all knew it for what it was/ Breaking the rhythm/ Afraid of the change that they’ll see in me”. Their spirits are free.

“These revelations are my own thoughts/ Trapped for so long in my old haunts/ We stand aside as the waters rise/ You’ve lost the privilege to be surprised”. As with any calamity, there is always someone warning of the impending doom. Well, on this fourth track of “Earth vs. World”, we hear from one of those prophets. They were right. Yes. They were right. They should feel like saying, “I told you so”, but it just doesn’t feel right.

In the previous track, we witnessed a tender love story of two lovers spending their last moments together. This track, however, features some of the less savory characters in humanity; those that lord it over others, even in the midst of the end. As the earth swallows life whole, is it right to say, “I told you so”? Even for those that were right, the world is coming to an end. Even for these guys, they need someone.

“Grab on please if that’s alright”. They invite others to hold on tight to their massive intellects, but I think they really secretly need the touch. They need the tight grasp of others. Were they correct? Yes. Does it matter at the end of the world? Not at all. Humans can be many things, and I feel that this album reveals these different characters in a stark fashion, as they face the end of the world.

“Is the sky so empty/ The wind will feel no song from anyone/ And we’ll remember nothing more”.  Dust to dust. This beautiful track, “Sirens”, is a little glimpse at the future. It gives us a taste of what the world will be like after everything is gone.

It feels lonely. It feels barren. The wind will blow, but will be alone. The sky will dazzle on high, but no one will see it. What caused this? Why did this happen? “One had the answers and one made the rules/ I’m not ashamed/ I wasn’t the only one fooled.” It’s time to come together. It’s time to work together. It time to find connection.

This seventh track on “Earth vs. World” sees the apocalypse begin in earnest. The previous track, “Memo”, is really an interlude that is part of this track, “Pain of a Promise”. You could call “Memo” the calm before the storm, if you will.

“We are enlightened when facing demise/ Where will you be when they black out the skies”. Yes, in the moments of pain; the promise, or consequence, is made clear. Too little, too late? No one listened. No one cared, as they were all too busy living large and becoming fat at the expense of the land. But here they are on the edge of the end, and they suddenly see their mistake. It’s ironic, really.

I think this is a call to action. I may not believe in climate change the same way as Projected Twin does, but I do feel the need to be better stewards of this world we’ve been given. But, I think it’s more than that. I think their is a general truth here that can be hard to swallow. Humans love to follow. Humans love to turn a blind eye to important issues. Humans hate inconvenience. Where will you be when the consequences for our abuse and apathy finally reach us? This applies to everything from our missing morality to our financial woes.

When will we stand up and fight? When will we decide we’ve had enough? “One has the answer while one makes the rules/ Don’t be ashamed you weren’t the only one fooled”. The ones in charge never have the answers. It’s time for those that do have the answers to step up and connect.

As this chapter of the Projected Twin trilogy closes, humanity says farewell to the earth. Yet, there is still a sense of procrastination and excuse-making here. “If you left it to us, we’d just ask for more time”. Is this really how we should react to our problems?

Humanity’s sun is setting in the midst of ruin, but they haven’t quite ascertained what the problem was. They still haven’t figured out that their laziness, apathy, and heavy-handed abuse of the earth has caused their demise. Oblivious to the obvious is the phrase, I believe.

This album, however, is about much more than an apocalypse. It’s about humanity’s nature. It’s flawed. It’s twisted. We use use use, but what do we give? We can manage to love fellow humans, but it’s time to understand that we are connected on fundamental levels that affect everything around us. It’s time to discover, too, that we have the power to change things for the better, if we can only agree for once.

So, we were given this world by a Creator. We were given one simple job: Take care of this place. Look at the mess we’ve made! Look at the mental, physical, and financial anguish that is rampant. You can almost hear the groaning of nature around us. We, as humans, make messes. But we can stop. We can mend this place before it’s too late. We can. 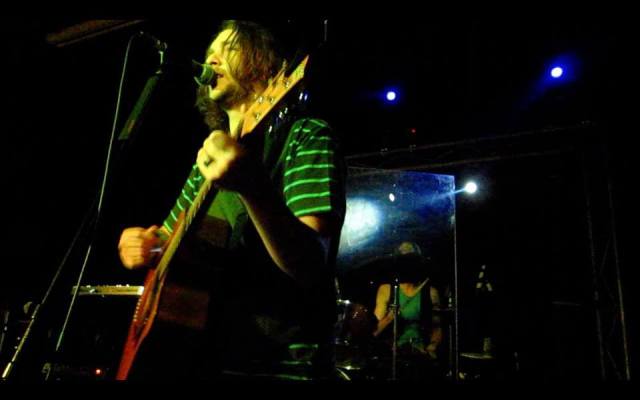 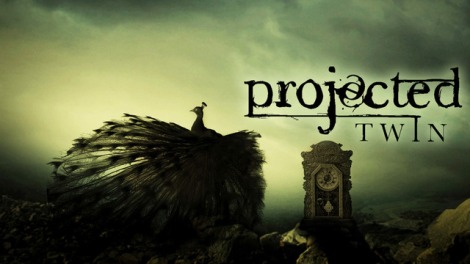