For my second review this week, I thought I’d split it in between two great new EPs that I’d like to recommend.  I’ve heard plenty of EPs and albums this year, and I’ve only told you about a fraction of them.  These two EPs deserve recognition, though. 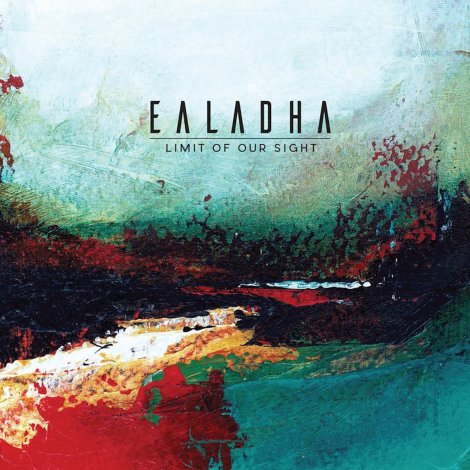 The first is for Ealadha.  This group is labelled as rock/metal/ambient, but I feel more going on here than that.  Their new EP is called “Limit of Our Sight”, and features four great melancholy tracks of outside the box music.

The band consists of Dom Murphy on vocals and guitars, Cormac Shanley on bass, and Peter Crudge on drums.  Dom’s vocals are gravy smooth and his guitars are high-tuned and ambient in nature.  There’s definitely a bit of indie sound coming specifically from his performance, too.  Cormac and Peter create a great atmosphere for creativity with their bass and drums, seeming to give plenty of room for elongated time signatures and waves of sublime abstractions. 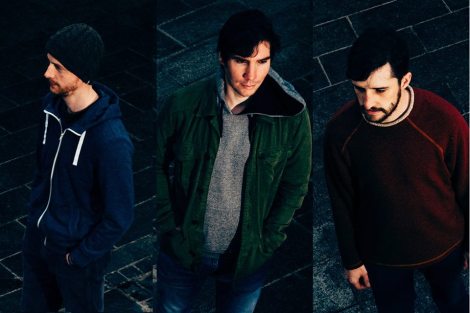 Their style is a bit more eccentric and ambient than I even expected.  Bright post-rock sounds collide with an alternative rock feel (especially in the vocals) and electronic accents.  They sure love the sound of static and drones, I noticed.  Theirs is a unique sound, for sure, not really relying too much on influences to drive their creativity.  They work very well together, creating blurred tapestries of gorgeous textures and clearer moments that climax splendidly.  I really find the contrast between the brighter, rockier moments and the trudging, more abstract expressions to be a real winner.

The sound is trippy, to be sure.  All four tracks sound a bit different, like various perspectives on a musical experience.  My favorites happen to be “Dive” with its meandering guitar lick combined with abstract vocals, and also “Hurricanes” with its more straightforward approach.  Overall, “Limit of Our Sight” is an enjoyable listen that shows promise for an incredible full length album someday.

The second EP I’d like to recommend is from Turkish musician Burak Ozmucur.  Burak currently lives in New Jersey, and, no, his music is not laden with world music or anything of that sort.  His style of music is actually modern progressive metal with a distinct alternative rock flavor, especially in the vocals.

The new four-track EP is called “The Distant Light”, and I’m thrilled to say it’s even better than his last effort, “In Silence”.  This new EP feels more mature and simply composed better, though “In Silence” was a fantastic work itself.  “The Distant Light”, though, feels distinctly more modern without going djenty on us, while also drawing influence from the past.  I think (I could be wrong) I hear shades of Alice in Chains on this EP, and it certainly plays that way.  While the grunge really isn’t present, the vocal harmonies and inflections feel rather like AiC in more than a few moments.

Burak does play all the instruments here.  His specialty is obviously guitar, as the waves of driving rhythms establish for us.  The guitar work is smoother than heavy, and slightly more alternative than metal, at least on the first two tracks.  But this style works wonderfully with his rather fluid vocal tones.  This time around, the drums really stand out, especially on the final two tracks, as they sound better in the mix and they have more oomph, too.  The bass guitar, too, is solidly heard in the mix, and sounds great in all its rumbling glory.

“The Distant Light” features four great tracks, but my favorites are “The Illusion” with its slightly heavier sound and AiC off key vocals, and also “Expectations” with the great drumming near the end.  Now, I’m not sure how long Burak is going to keep teasing us with these EPs before he gives us a true album, but I can’t fault the guy.  His music is always free, and you can tell that he simply loves to write and perform.  That’s the kind of music I like to hear.