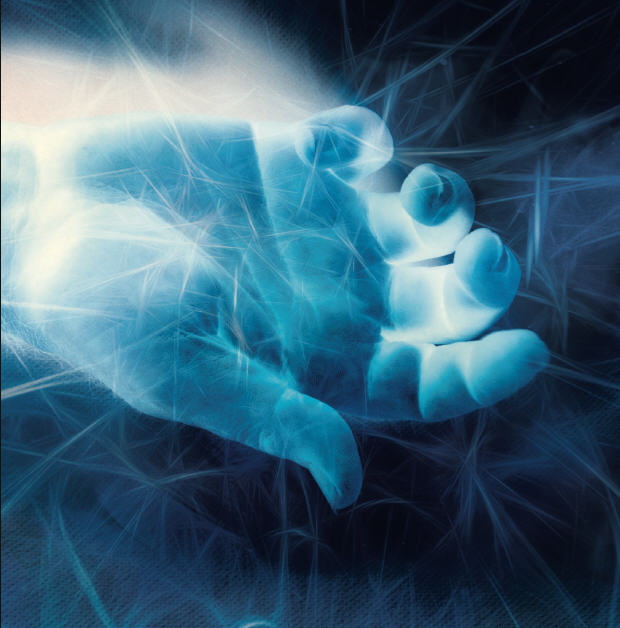 I have been following Anima Mundi since their 2010 album “The Way”, and have since become a big fan of their unique style.  Hailing from Cuba, Anima Mundi instantly grabs your attention with a giant classic prog sound bolstered by surreal keys, giant vocals, intense bass, and skilled guitar.  They love long songs and concept albums that are always spiritual in nature, focusing on enlightenment and humanity’s connections.  Their sound is big and vibrant; even colorful.

Back in 2013, however, they released on album that didn’t jive with me very well.  “The Lamplighter” was more of what I wanted to hear, but their amazing vocalist, Carlos Sosa, had left the band.  Carlos was easily one of the best vocalists in music today.  The new vocalist struggled with his grasp of English, and, though the album has grown on me, it was ultimately a letdown in some ways.  Now, with their new album “I Me Myself”, Anima Mundi has come roaring back with a huge album that rivals some of their best.

“I Me Myself” is a concept album of sorts that follows the train of thought that I’ve seen a few times recently.  It investigates the relationship between humanity and technology, pining over the consequences of this arrangement.  The lyrics are honestly not a major part of the music, as most of the hour+ runtime is instrumental.  As a curious thinker, my first thoughts go to why this subject is so popular here and now.

The band is basically the same as they always have been, this time adding a young new vocalist, Michel Bermudez, as well as a saxophonist, Marco Alonso.  These two musicians play alongside Roberto Díaz on lead guitar, Virginia Peraza on lead keyboards, Yaroski Corredera on bass, and José Manuel Govín on drums.  Believe me when I say that there are few musician ensembles as tight, skilled, or unique as the one here in Anima Mundi. 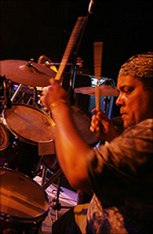 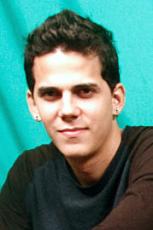 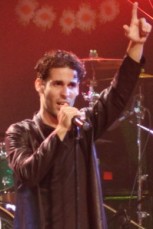 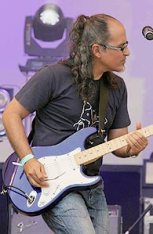 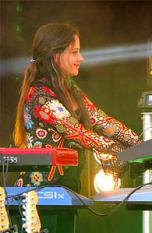 This skill shows from the very first track on the album.  “The Chimney, the Wheel, and the War” is an 18+ minute epic that absolutely blows my mind.  The band has returned with a much darker, less celestial sound.  It really does evoke the sounds of machines and technology set against a backdrop of spiritual, ethereal music.  It’s almost overwhelming at first, putting your heart into your throat.  This first track is especially fierce and driving, containing greyish shades and more intensity than I’ve heard from the band in the past.  It begins with delicate piano and beauteous effects, but transitions into a dark, jazzy retro vibe.

Other tracks, like “Somewhere”, feature the same new style, only the sound is more surreal and even haunting, using sax almost like a distorted guitar.  It ends with an almost Blade Runner blues sound that I simply adore.  “Flowers” and “Clockwork Heart”, for example, are more vocally driven and closer to ballads, but there ever remains a certain dystopian color that stains their atmosphere, not to mention larger than life keys.  “Flowers” might be my favorite track, though, with its wonderful vocals and its genuinely interesting instrumentals.  The final two tracks, “Train to the Future” and “Lone Rider” feature again the driving calm of the opening track, but with some subtle differences.  The former plays with contrasts between thundering drums and fragile ghostly atmospheres, while also building to a dense atmospheric climax.  The latter is something of a beautiful ballad wherein the vocals really shine.

Breaking this down per musician, the band impresses.  Virginia happens to be one of my favorite keyboardists, and her funky flair is all over this album, but a darker side is seen, too.  Roberto’s guitars are as breath-taking as ever, too, with driving licks and soaring solos full of emotion.  Yaroski’s bass has always been full and dynamic, and the same is true here, and he sounds amazing with the Gavin Harrison-esque drumming from José.  It’s also a wonderful addition to hear Marco’s sax in the mix, and it is heard more often than you’d think.  It just feels right, reminding me of the sax on Floyd’s many masterworks.

The big question in my mind, though, was whether or not Michel could provide the vocals I craved.  The answer is, well, “kinda”.  Carlos was always an integral part of Anima Mundi with celestial highs and organic lows.  He also had control of English completely.  Michel’s voice certainly sounds more like Carlos than the previous singer, but I suppose he is not as accomplished, though he is also responsible for some keys, guitar, and percussion on this album.  He is, then, very active in the music, and, even though his voice is not as giant as I’d hoped, he still sounds great and represents a return to form for the band in many ways.  I think that if he can practice his English just a little more, he will sound perfect for the band.  I did note that his voice sounds better and better as the album progresses.  He especially sounds good on “Flowers” and “Lone Rider”.  I think, with time, his voice will really grow on me.

“I Me Myself” is a thoughtful, fierce experience from Anima Mundi, and I’m excited to see so many shades and memorable sounds from them.  This is an album that strikes me as inspired from beginning to end, through all the machinations, excellent vocal lines, and flowing emotions.  This is true progression from an under-known and underappreciated band that is close to my heart.  Make sure you get the chance to hear it.

One response to “Anima Mundi – “I Me Myself””