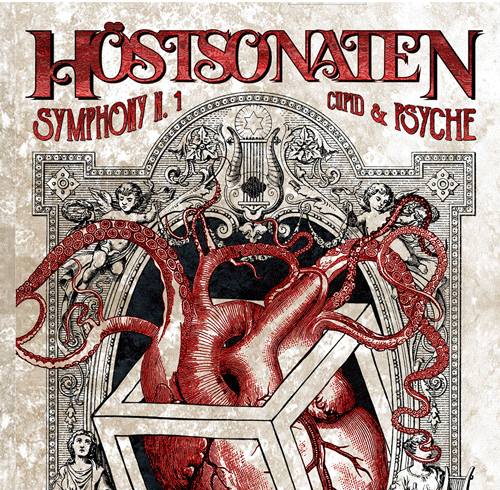 I have been in love with Fabio Zuffanti’s music ever since I discovered Hostsonaten’s 2011 album “Summereve”.  Being part of Hostsonaten’s Season Cycle, “Summereve” was my introduction to rock progressive italiano, a type of prog originating in Italy (obviously) and featuring rich melodies, psychedelia, and classical influences.  Zuffanti continues the rich tradition of RPI in several different projects (even solo), but Hostsonaten is my absolute favorite.

Hostsonaten’s new album is called “Cupid & Psyche”, being a concept album about the classic love story (the previous album was The Rime of the Ancient Mariner).  From that bit of info alone, you can probably imagine the types of emotions and vibes that are present in this album, as this album absolutely captures all of the mystery, wanderings, broken trust, and darkness.  Now, this music is purely instrumental, meaning that the story is told through rich tapestries of melody, emotionally charged climaxes, and gentle ballads.

The album lives up to the lush history of RPI in that it isn’t necessarily a rock album, though it does contain elements of prog rock.  “Cupid & Psyche” is mostly orchestral in composition, featuring a wide range of musicians and instruments, such as cellos, flutes, oboes, the tenor sax, horns, trombones, bassoons, and, of course, multiple violins.  Progressive rock is featured more in the progressive structures, acoustic drums, and the varied keys, but there are wonderful guitars present, too, and the bass is, as usual, second to none. 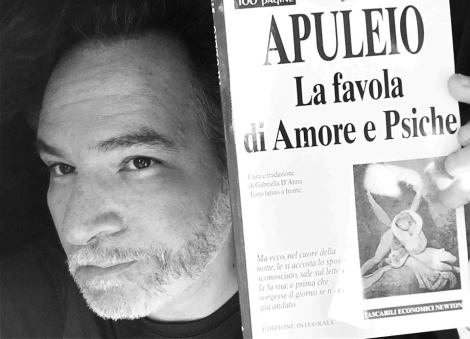 The album sounds crowded, right?  Well, there is a core crew here, even though Hostsonaten is constantly changing, besides Zuffanti.  The primary group consists of Luca Scherani on keyboards, Fabio Zuffanti on bass pedal and devices, Paolo “Paolo” Tixi on drums and orchestral percussion, Laura Marsano on guitars, and Daniele Sollo on bass.  These primary players are backed by giant orchestrations, signature violins, and smooth sax that hits just the right tone.  What I mean by “signature” violins is that Hostsonaten has a certain sound and progression of notes on the dual violins that I recognize immediately, and, honestly, they send shivers down my spine.  One fine example of this is “Entrapped”, a very cinematic, serene track with very strong violins through the middle.  The composition on this album is completely up to par, possibly better, than any other Hostsonaten album to date.  Let me tell you why.

“Cupid and Psyche” is Hostsonaten’s most dynamic, emotional album to date.  The compositions have balls and grit at times, but other tracks are delicate and fragile.  We get to hear soothing love scenes, but also brutal confrontations and trials.  For instance, the album opens with “The Sacrifice”, a track that builds and builds to a saxophone climax full of nails and agony.  “Love Scene”, however, is smooth as glass and simply beautiful: It really feels like it belongs in a film.  “Zephyr”, the West Wind, feels very much like you’ve been caught up and rushed away into the beyond.  As a whole, “Cupid & Psyche” is an album full of personality and character.  Hostsonaten’s previous albums have evoked feelings that are very common and nostalgic to us, such as the turning of the seasons; but “Cupid & Psyche” takes us into more novel territory in some ways, being full of tumult, regret, dark travels, and, well, love.  I feel as if they have achieved a new way to express these emotions in music. 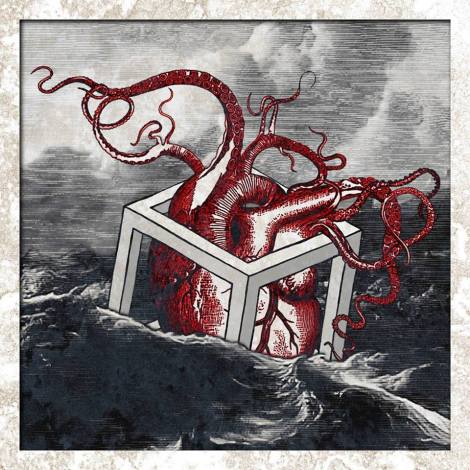 I couldn’t begin to pick a favorite track on this album, as every track serves the story and is amazing for various reasons.  “Love Scene” robs my attention every time with its simple, sublime melody, but “The Awakening” grabs me, too, with its faster pace and awesome violins.  “Unmasking”, “Venus”, and “Sheep and Water” all have vibes reminiscent of Gentle Giant, whom I adore, so I easily latch on to the quirky, choppy composition style.  Yet, I’m a sucker for the climactic progression of “The Sacrifice” (great sax) and “Ascension” (wondrous guitar solos).

Altogether, “Cupid & Psyche” is an album that requires refined tastes, appreciation of various styles, and a vivid imagination that can process strong emotional cues.  Every track flows and soars, and they will certainly grab you and whisk you off into their mythical world.  There, the music will serenade you with gentle melodies and a perfect mix of instruments; all while offering mystery, brave sacrifice, and unexpected love.

“Cupid & Psyche”, then, is an album with edge, though not musically.  It is an album of a variety of emotions, but all the tracks are beautiful and soothing.  It is complex, yet raw in its approach.  It has a ginormous orchestral sound at times, but also shares quiet, intimate moments.  As classic as the story is, the music is just as timelessly beautiful and vividly inspired.  Zuffanti and company have outdone themselves this time around, and we are the better for it.

One response to “Hostsonaten – “Cupid and Psyche””