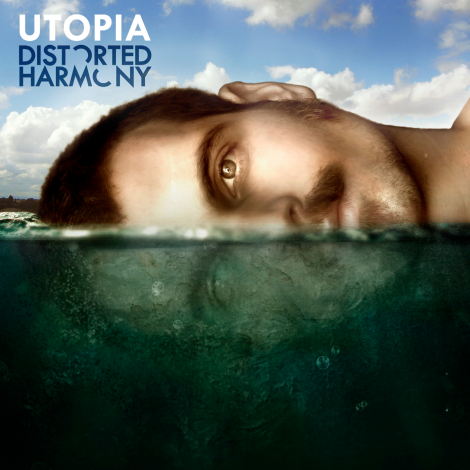 “Utopia” is a true punch in the gut, lyrically speaking. Each and every track is incredibly potent. The album launches with “Kono Yume”, meaning “This Dream”. The opening track gets right to the task of the entire album: enlightening us about just how good we have it. Or, perhaps, it simply smacks us over the back of the head so we can see the human beings, corruption, lies, and filth that our perfect little lives are built on each and every day.

This first track is specifically about the people that make our stuff. That might sound a little blunt, but it’s highly accurate. “Nobody knows no one cares – Where stuff comes from/ Life goes on everywhere – Doesn’t worry us at all/ Anything I can’t see – Disappears from/ My life is hard enough – No more room for us care”. We continue on in our lives, always consuming and always turning a blind eye to where are lives are made. Everything from our iPhones to our trinkets to our clothing is made by someone somewhere. And those poor people are often worked to within an inch of their lives, just to give us our toys.

Their lives are made of sorrow. They have no tomorrow. Unlike our posh countries, these people have no chance to move ahead. They are the faceless, unknown masses. They are considered disposable and forgettable, and their only use is to provide us with our stuff. When they are old, toss them away. When they are broken, dispose of them. They are treated like things, not human beings.

With all the problems in the world today, we often forget that, well, things are even worse than they seem. There’s this dream of a utopia out there. Men have written about it for centuries, but they’ve never even come close to achieving it. Why? Someone always has to make the stuff.

“I close my eyes and open my heart/ This time I’m better sorry than smart”. This “Utopia” presented by Distorted Harmony get more muddled and more disturbed on “Breathe”. Their flagship song for the album, this track is actually a love story, only from the eyes of a rapist.

You see, this rapist doesn’t care about the shame. He doesn’t care if he feels sorry. He only cares about his victim and how he feels, and he swears to himself that he cares more about her than her own lover does. In fact, he’s intensely jealous of him.

Inside his deeds, he finds strange satisfaction—even love. Yet, he doesn’t really know what love is.

In the end, he’s just another rat in the race, drowning in work and looking for something to ease the pain of this life. Some turn to alcohol. Others fall back to more wholesome pursuits. Yet, this guy turns to abuse and selfish actions. And he fools himself into thinking that she loves him; that he is good to her. What a life.

“I grew up just like everyone/ A normal kid in normal town/ My parents were the good guys”. The story of our lives always seems to start that way. We were once young and naïve, and our parents were saints, even if we knew them to be bad guys. But as we grow and learn, we start to see and listen and understand the lack of “Utopia” in our lives. The band once said in an interview that utopia is especially impossible when there’s no contrast—no opposite—to it. That means that we all know what utopia is because we have lived everything that shouldn’t be included in it.

“Obsession” is a song about every one of us, or at least those of us who think. It’s about the neurotic, chaotic mindset we have when we realize that we can barely live our lives with all the crap we see in this world. In the sludge and mire of our existence, we’re just trying to make it. It’s an obsession just to survive.

“Feel my skin burn/ A demon lives within me/ I am the scorn/ I am my enemy/ Nothing I can do/ I rue my destiny”. In reality, maybe it’s just something built into human beings. Maybe it’s a collective flaw that keeps the genocide, famine, condescension, and power struggles going. There’s a demon that lives within us. But that demon is ourselves.

“No matter where, life is unfair, our souls are forgotten/ Days come and go, nobody knows just when will it happen/ Yet we spend our time searching for reasons”. Now we come to my song of the year back in 2012. “Blue” is a song of sadness and even desperation.

The beginning of the track speaks about some sort of airplane crash, and the song goes even further, talking about a beautiful woman who was dead even as she lived, and slowly but surely decayed into real death. Now, I’m not sure if these things are based on specific events or not, but I think it pays to remember that Distorted Harmony is an Israeli band, and that, unlike what you see in the media, the people there hate the conflict and wars that are a perpetual part of their lives.

People hurt all over this planet. I think that this track is primarily about the brokenness of this life. Death happens. Countries war. People suffer. Longing for peace and utopia, the band cries, “Hold me, I can’t stop the tears from falling/ Heal me, give me a place to lean on”.

In the grand scheme of things, we are all broken, hurting, and scarred. We barely bat an eye when we hear about genocide, war, and famine. What’s wrong with us? We’ve become immune and numb to our feelings about other people. Life is unfair everywhere, but mainly because we make it so. Isn’t it time we unite to overcome this problem? Isn’t it time for a new solution?

Distorted Harmony’s “Utopia” takes a sudden turn at the next to last track, called “Unfair”. Quite appropriately, it takes a look at this world from the eyes of a child. In a nutshell, this track presents the true story of one time when a band member was at the mall with his mother, and he was tasked with watching her purse. Due to his being a child, though, he became distracted by the colorful fun of the slides in the play area, and someone stole the purse while he was playing.

“Where have you been/ I never ask you for anything/ How could you/ Just try to care about me/ About me”. It’s clear that his mother wasn’t happy. Perhaps she had a right to be upset. Yet, from the perspective of a young child left alone in a mall with such a responsibility, he sees her anger as misplaced and unfair. How can she be so hard on him? It’s her property! Why isn’t she more concerned for him? How could she leave him alone like that?  Why is she passing the blame on this?

His mother was blinded by her love for things and for convenience. She’s in love with things going her way. And in the process, she breaks the spirit of someone she loves dearly. Why are we more concerned with things than with the hearts of those so close to us? What is wrong with us? “It’s all cuz we won’t see/ We can understand oh we barely know ourselves/ Oh how we are blind to the ones we are closest to”.

The final track on “Utopia” is the title track, and it really brings all of this together. Even though, officially, the album does not have a theme or concept, it’s easy to see the writers here had certain things on their hearts. In the final track, it bursts forth.

“I walk on roads as red as blood/ With bricks of greed and hate/ While men are going wrong and right/ Making their own fate”. “Utopia” is about the men that pursue their own greedy goals at the expense of whomever gets in their way. The first track on the album spoke of iPhone workers and their treatment, but this final track is a little broader. These men pave golden roads on the corpses of the little people. They don’t even notice that they are breaking the backs of human beings everywhere as they pursue gain and greed and empire.

What these killers do not know, however, is that they will end up dead, just like the people they abuse. The songs claims that “They don’t know that death awaits/ No matter what they will/ They don’t believe in hell, just heaven”. You see, men tend to clean up their reality, tying a nice little bow on their willful blindness. They build their lives on the ruins of bodies and lives, but all they believe in is heaven. They think everything will always be fine for them. They may even consider themselves noble and courageous. In reality, they are corrupt.

In the end, this entire album is an expression of the human soul concerning human cruelty, misunderstandings, and brokenness. There is a certain breakdown in who we are that just doesn’t allow us to work together, to unite, or to love one another like we should. You see, we are all broken in nature. We are hopeless, in and of ourselves. Once we see that, we can move on to the solution. 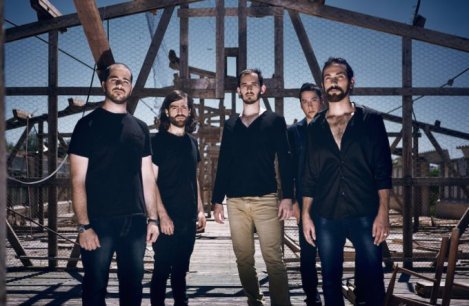